New Yorkers gathered in Central Park on August 21st to celebrate the city's comeback from Covid-19 with one of the most diverse and star-studded lineups ever assembled on one stage entertaining beneath a complement of Elation IP-rated luminaires.

Organized by NYC in partnership with music producer Clive Davis and Live Nation, the show offered a potpourri of genres from LL Cool J to Barry Manilow. Scheduled to be headlined by Bruce Springsteen, Paul Simon, Patti Smith, Elvis Costello and others, the concert was stopped a little more than halfway into a planned five-hour show due to lightning storms tied to approaching Hurricane Henri. Still, performers like Jennifer Hudson, Carlos Santana, LL Cool J, Andrea Bocelli, Earth Wind & Fire, Kane Brown, Journey and Barry Manilow, among others, were able to take the stage.

Despite the weather, the show was a huge success with a crowd of 60,000 responsible and vaccinated music fans celebrating the return to live music. "It was a good example of how you can put on a safe, large live event," stated veteran designer Tom Kenny, who was brought on the project by Diversified Productions Services (DPS) to design lighting.

Power and protection
Kenny teamed with renowned production designer Bruce Rodgers on the spacious open stage design, which featured generous amounts of automated lighting and huge NYC letters across the front. "We only had about an hour of darkness so it needed to look big and spectacular during the day but we didn't want to depend on lots of gags," Kenny said. "So powerful lighting was a must. Our biggest concern though was the exposed fixtures and obviously being out in the open I wanted to have as much IP65 as possible."

An abundance of lumens and environmental ingress protection is just the recipe for Elation's industry-standard IP-rated Proteus line. 4Wall Entertainment garnered the all-weather units, a rig that included 80 Proteus Hybrid™, 20 Proteus Maximus™, 35 Proteus Lucius™, and 16 DTW Blinder 700 IP™, along with 60 Smarty Max™, 18 Cuepix Blinder WW2™, as well as a host of other luminaires. "When you do these big shows, you're looking for power and you're looking for something that's very reliable," Kenny says, "and we were very fortunate with all the fixtures we chose."

Base look customized
Kenny, who says he has used Proteus fixtures before but not on a show like this, provides a peek into his design process. "We started by creating a big base look before customizing for each song. I'm all about the music so as the music starts, I start fixing and cooking it how it's going to look," he said. "For Patti Smith for example, she told us to paint a picture and let it dry, which works for her, but for other artists we painted a picture and kept on going." The design team also had to ensure the looks worked for camera as the show was broadcast live to a worldwide audience on CNN. Mike Appel and Fuji Convertino handled programming.

Color, power, shaping
The Great Lawn in Central Park is unique in that it lacks a center tower position so Kenny had to make do with two side towers "I always set up a safety wash of lighting so we did that from the two sides using the Maximus fixtures. We were very impressed with the throw, which was over 200 feet and the lumen level was still good. The color, the power, the shaping was just very impressive. The fixtures are so bright and all day we had impressive looks." Besides the left and right tower positions, additional Proteus Maximus fixtures worked from around the stage.

Any IP fixture the designer knew could handle rain was placed downstage, and that included the Proteus Lucius, the compact brother to the Maximus, which Kenny used to light both people and the foliage in Central Park. As far as the Proteus Hybrid, "They were on four towers around the park and we ended up lighting the entire foliage with those from about 300 feet, which was quite beautiful." Working from a back wall grid were the Smarty Max, a 21,000-lumen hybrid moving head that worked double duty as show lights and work lights. "They would have gotten more impressive as darkness fell," Kenny said, lamenting the suspension, which came right at dusk.

Record rain
Meeting Mother Nature head on, the torrents of rain that eventually poured down onto the rig were historic-the most ever recorded in the park in a single hour. Kenny comments: "All the IP65 lights survived. Even after the show was cancelled, we kept the lights on for safety. They really impressed us all." 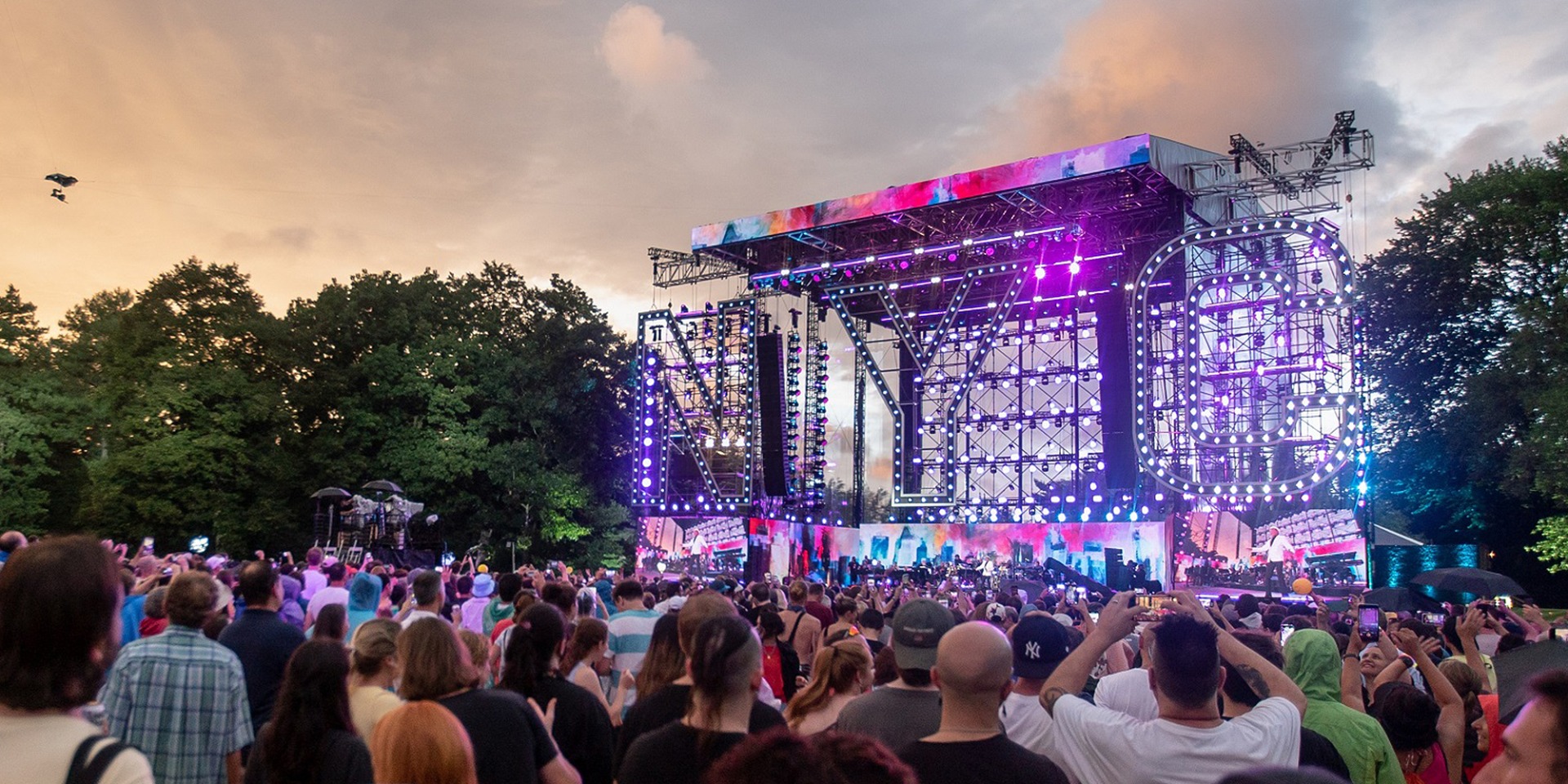 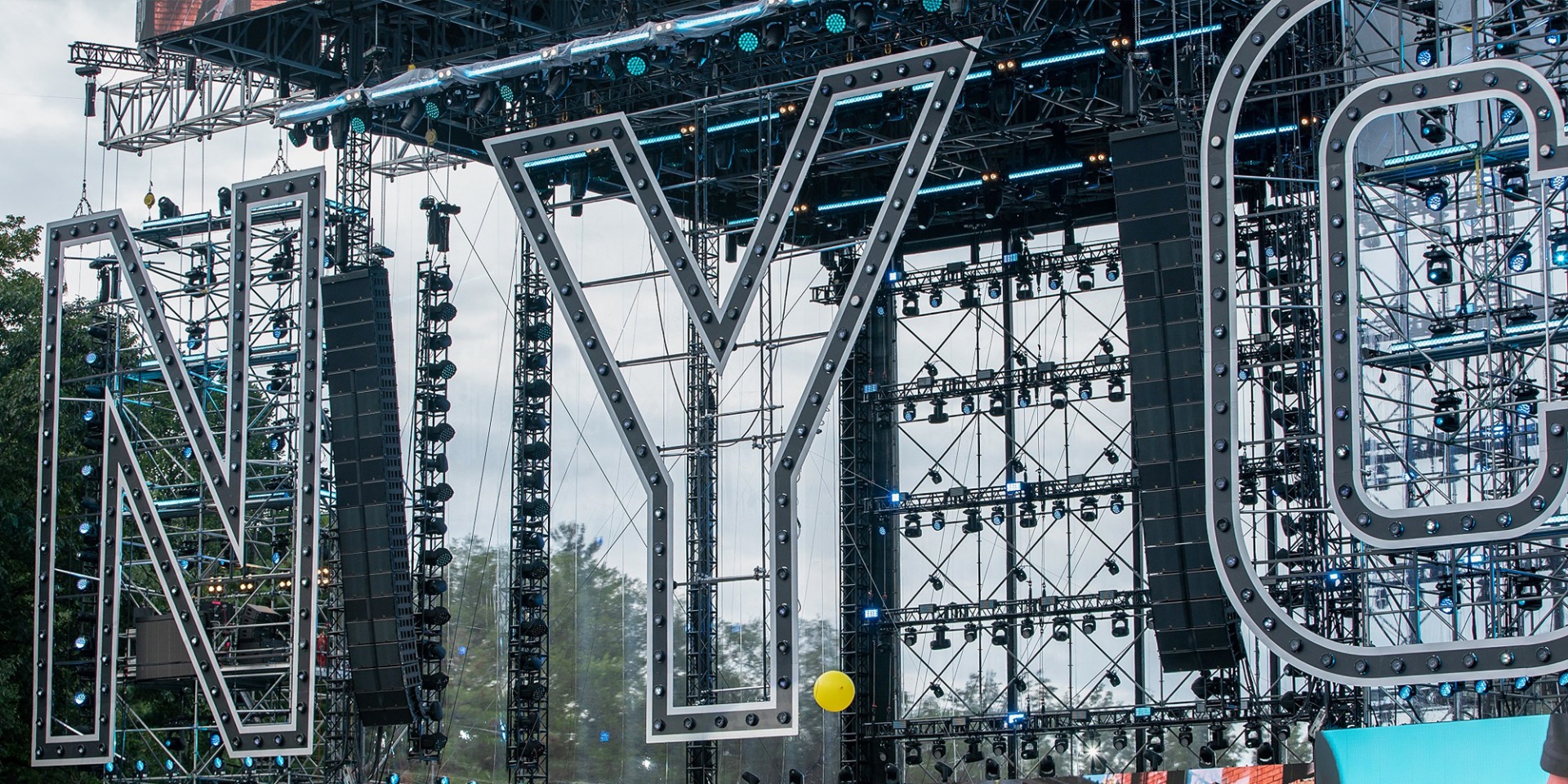 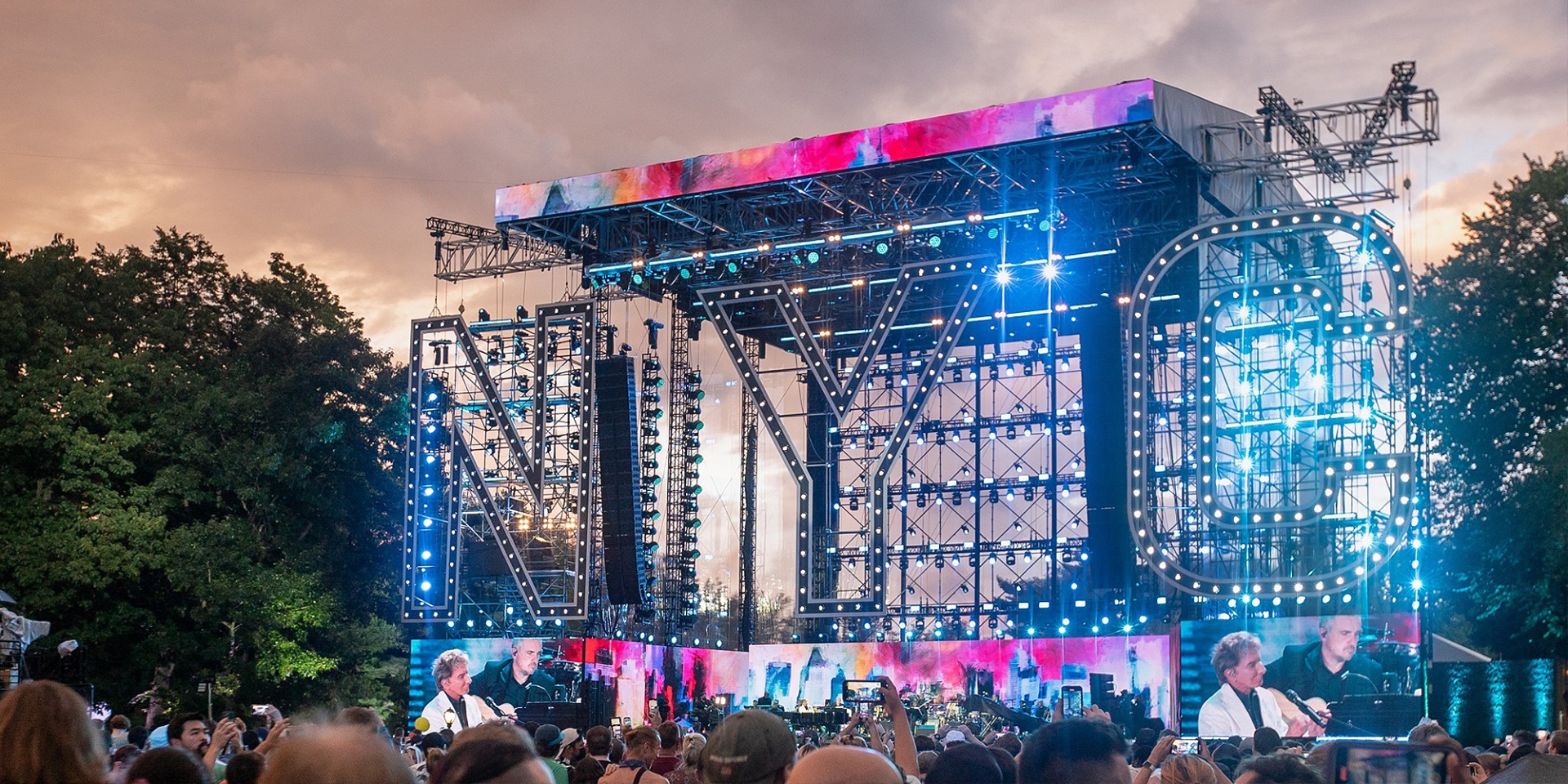 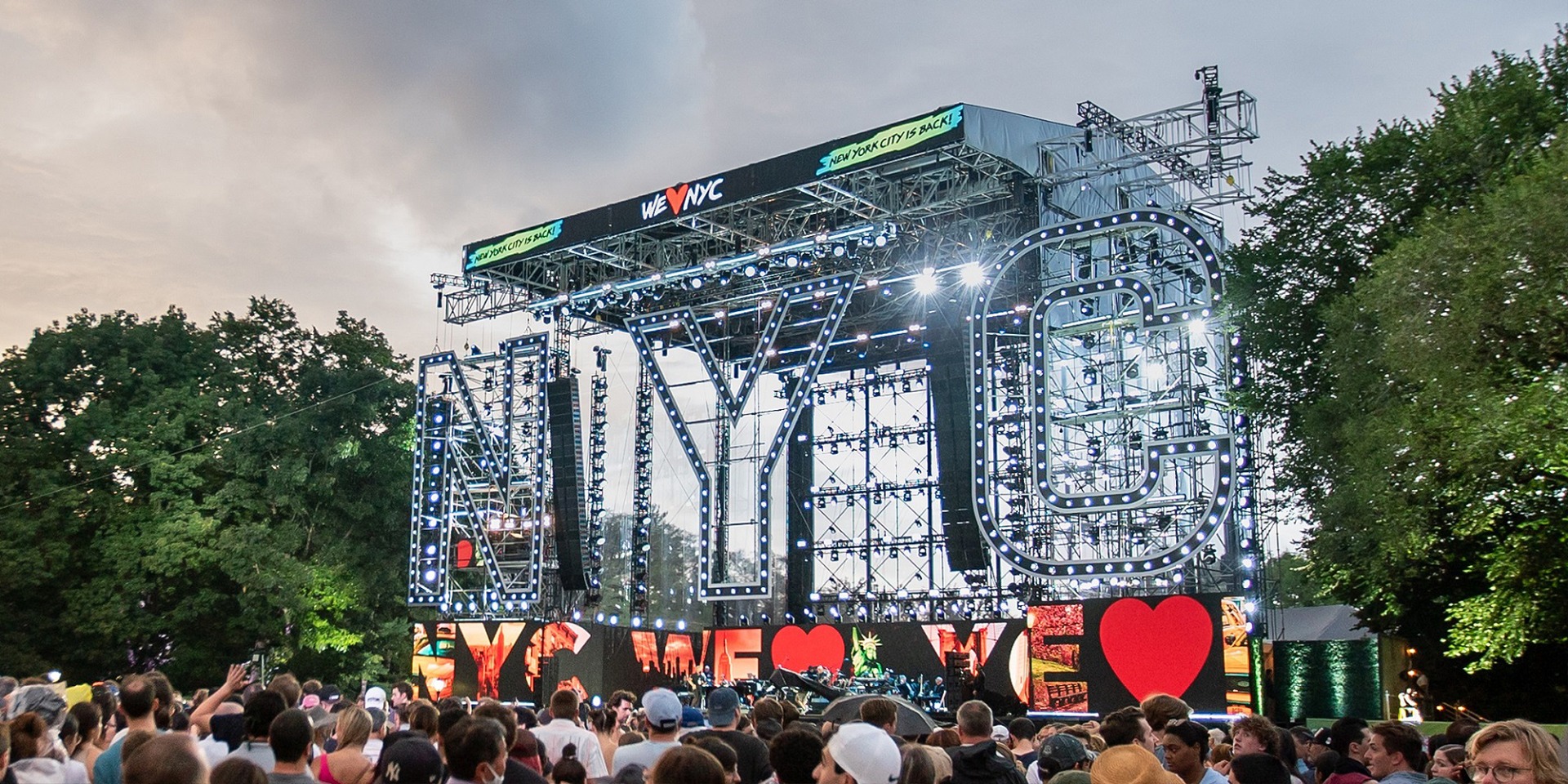