Rock the House Entertainment Group is a growing, Cleveland-based entertainment and production company with national reach. They cover several core segments from Fortune 100 company annual meetings, over the top social events such a Bar/Bat Mitzvahs, weddings and high-end celebrity gatherings, as well as national headlining acts and major music festivals. Founded in 1999, the company has expanded into several vertical markets over the course of its history and has consistently relied on Elation lighting the last 15 years to successfully realize all manner of projects.

Scalability
As a company that may design production elements for thousands of youths during school homecoming one day and head to Bonnaroo the next to work with top tier national artists, versatile products that can fulfill roles on an assortment of different projects are preferred.

"We like lights that scale well and look to acquire products that we can use in a variety of verticals," stated Ryan Konikoff, Partner & COO at Rock the House. As an Ohio-based company, he says a lot of what they do is seasonal. "In the fall and spring, we're in corporate/non-profit season, and in summer we're in festival and community event season. We want gear to easily translate from one to the other and we've found that Elation products do that. We've also found that the cross-rentability of Elation exceeds other brands and we're excited to have the gear out in the field for long term rentals."

Proteus Rayzor 760/1960
Rock the House has recently added a number of Elation products to their rental inventory along with products from Elation sister-company ADJ. One of the most popular fixtures used on multiple projects is the Proteus Rayzor 760™, Elation's LED wash, mid-air and specialty effect light. "We can't keep the Rayzor 760s in stock," Ryan said. "It's a phenomenal fixture because it works at a social event by giving you great color and that beautiful eye candy of 28 white diodes [SparkLED™ sparkle effect] but you can put it in a corporate event and it gives you your hair light, your downlight, your big wash."

Rock the House's Proteus Rayzor 760 fixtures were recently used for a Steve Aoki show in Indianapolis and then employed at a rainy Moon River Festival in Chattanooga where they were used to light acts like The National. "The fact that it's an IP fixture meant we didn't have to worry about using domes," Ryan said, noting that they are also excited about the new Proteus Rayzor 1960™, the new big brother to the Proteus Rayzor 760. "We love the fact that it has all the attributes of the smaller fixture but is punchier for larger festivals and full convention center shows."

Corporate comeback - ONYX and KL
With corporate events coming back after a two-year lull, Rock the House has been busy serving corporate clients all over the country such as the Kentucky Association of Broadcasters annual meeting and a 5-day dental conference in Florida. "It has been really helpful having the ONYX platform for these corporate events and again it's about scalability," Ryan said.

The company has upwards of 15 lighting consoles in stock running Obsidian Control Systems' ONYX platform, everything from the NX Touch™ and NX Wing™ to the NX2™, NX4™ and now some new NX1™ consoles. "We're excited to be some of the first to receive a fleet of NX1s, a lighting console designed with scalability in mind. With other products and brands, we often see how the market receives it before we add it but with this new NX1 we didn't find a need to have it road tested. We were confident it was what we needed and were happy to be some of the first in the country to get them."

When the corporate and nonprofit sectors redirected to virtual and recorded projects during Covid, Rock the House provided broadcast-quality lighting in the form of Elation's KL Panel™ LED softlight and KL Fresnel™ series of warm- and cold-white LED Fresnel lights. "We added the KL line at that time but it's working just as much today as it did during Covid," Ryan states. "The KL Panels and KL Fresnels give us the ability to do great broadcasts but we also use them in live events when it makes sense." The KL "Key Light" series fulfills the demanding requirements of on-camera productions but are also ideal key, fill and wash sources for events and theatre applications.

New installation division
Another area in which Elation works well, according to Ryan, is their new installation division, an area of the company which, like many other companies, was founded out of necessity under Covid. One of the biggest projects they've had under the new division is a concept called Good Night John Boy, a 1970s-themed club, which they have outfitted with almost all Elation fixtures. "One of the most popular fixtures for us that we've used on a variety of installations and productions, including Good Night John Boy where they are the core of the design, is the Pixel Bar IP™," Ryan said. "We like it for its versatility as a lighting or video instrument and with its IP rating we can safely use them outdoors."

Good Night John Boy and another large installation project, Welcome to the Farm, a country music bar, went so well in Ohio that both projects are being built in Florida for their second locations. Both are all Elation driven from the lighting fixtures to the ONYX lighting control solution. At another recent installation, the Jubilation Amphitheater at a senior living community in Fredericksburg, Virginia, Rock the House outfitted an outdoor stage with Elation IP-rated SixPar™ and SixBar™ fixtures.

Five Lakes Marketing
Rock the House has been working with Elation manufacturers rep firm Five Lakes Marketing for almost a decade and Ryan says that at the end of the day it's nice to know they have a product support relationship that works. "Ed Cheeseman at Five Lakes has always been really kind and has always looked after us," Ryan says. "In years where we've had money to spend, he's taken care of us but also in leaner years, he still stops by. From a service standpoint, we've found that nobody's been able to compete. As we're growing our sales team and hiring new people it's nice to know that we have a relationship where he'll take the time to explain why certain fixtures are right for different jobs, set up demos, meet us and help us explore the possibilities. It's just a really good relationship." 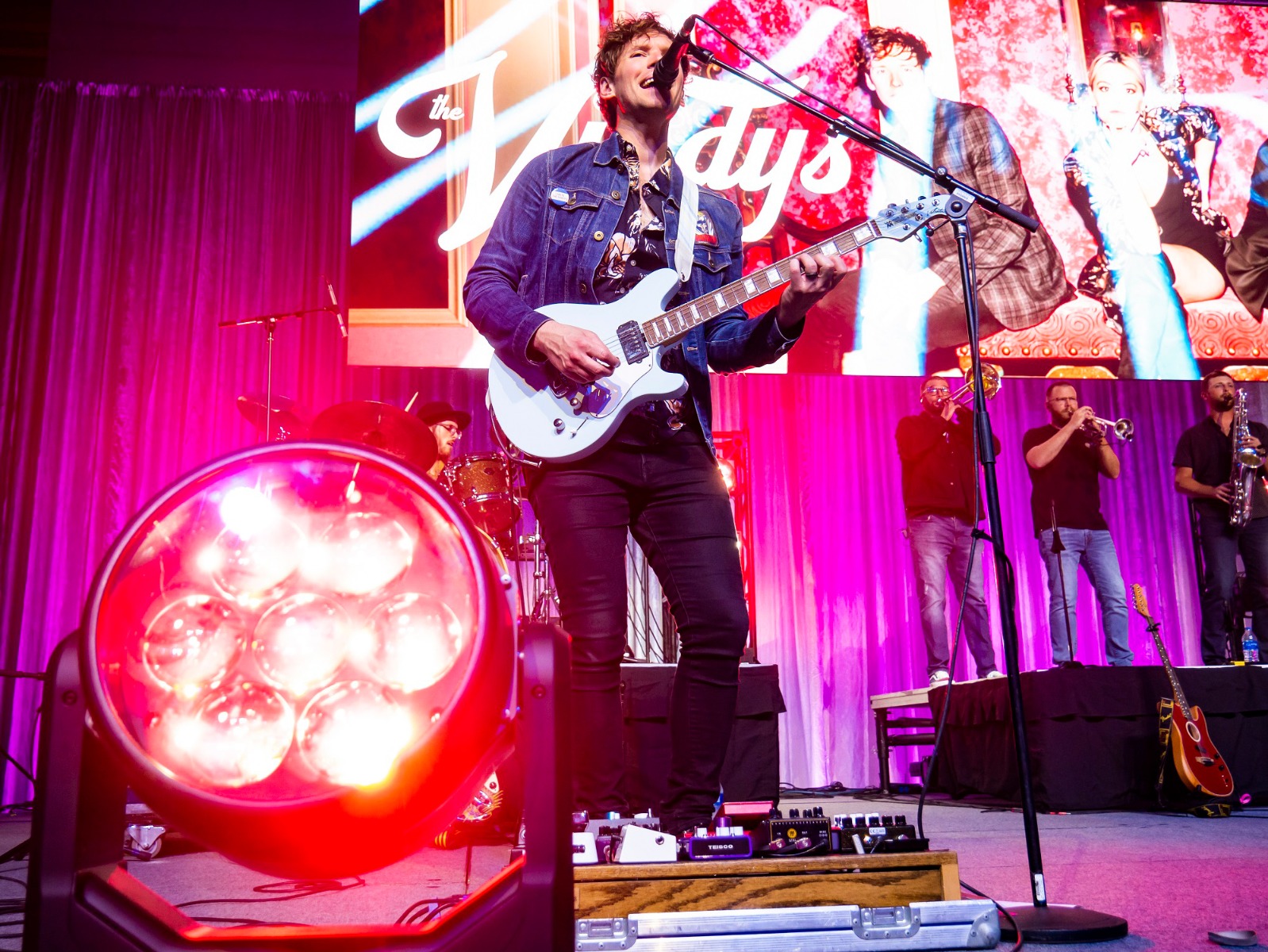 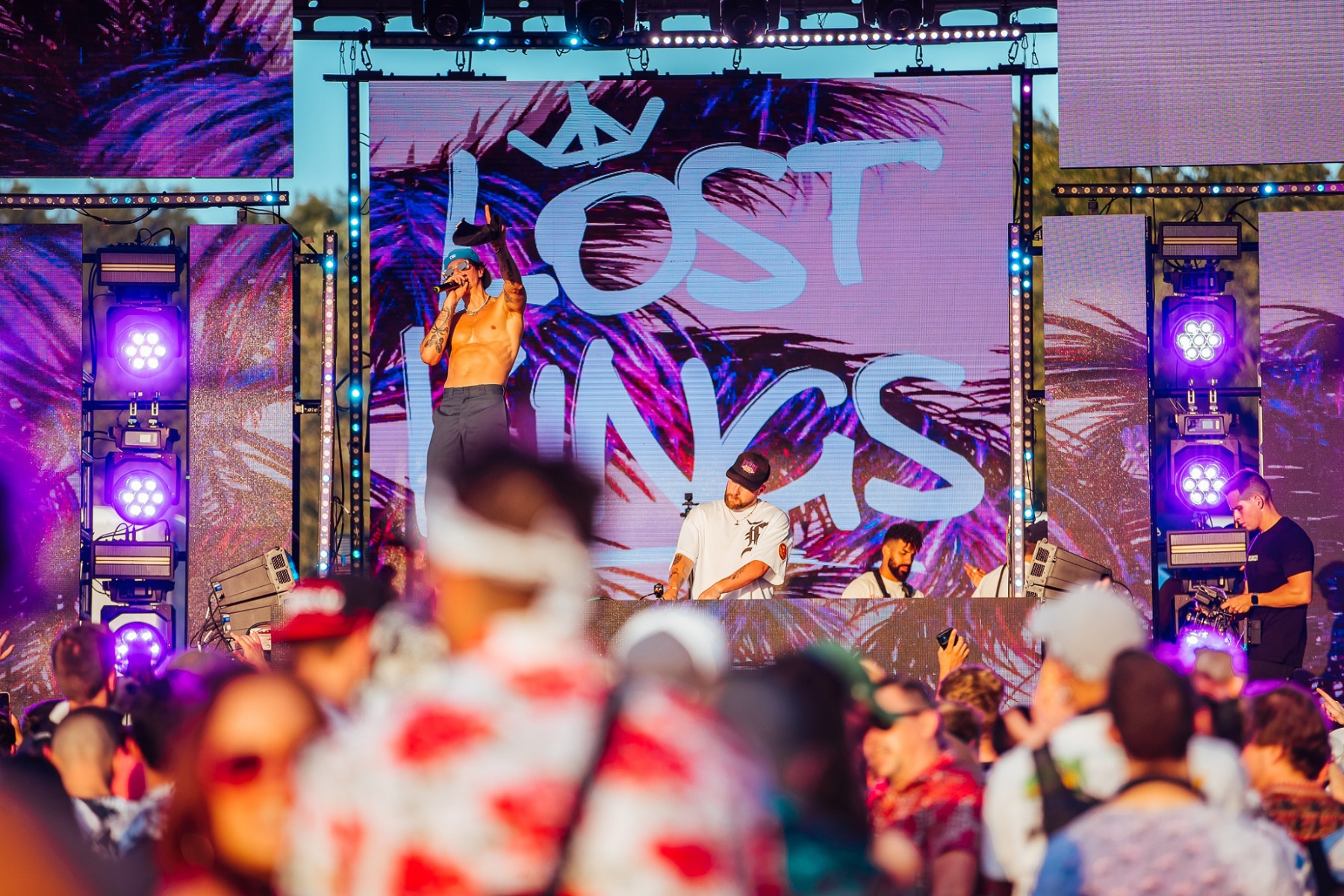 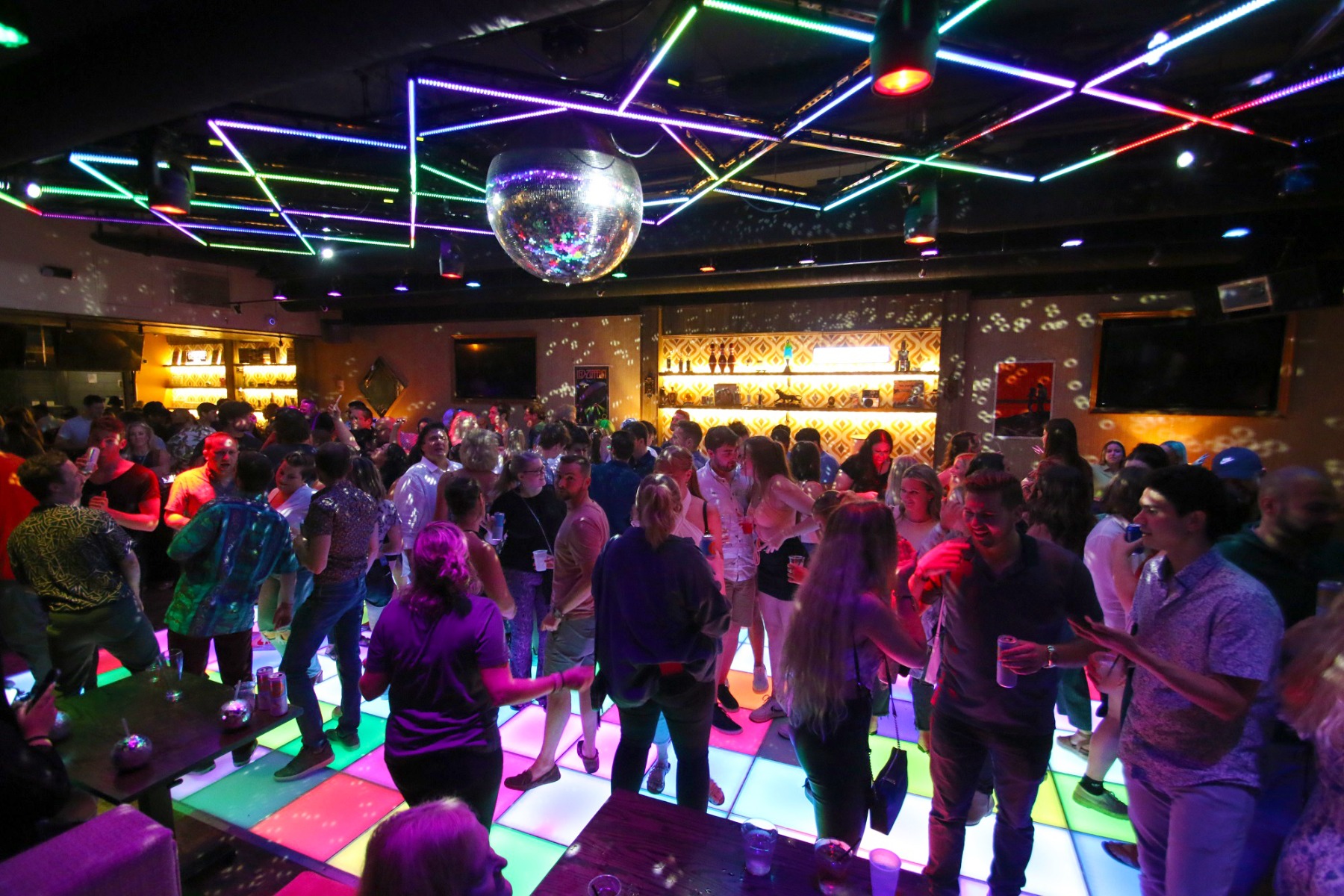 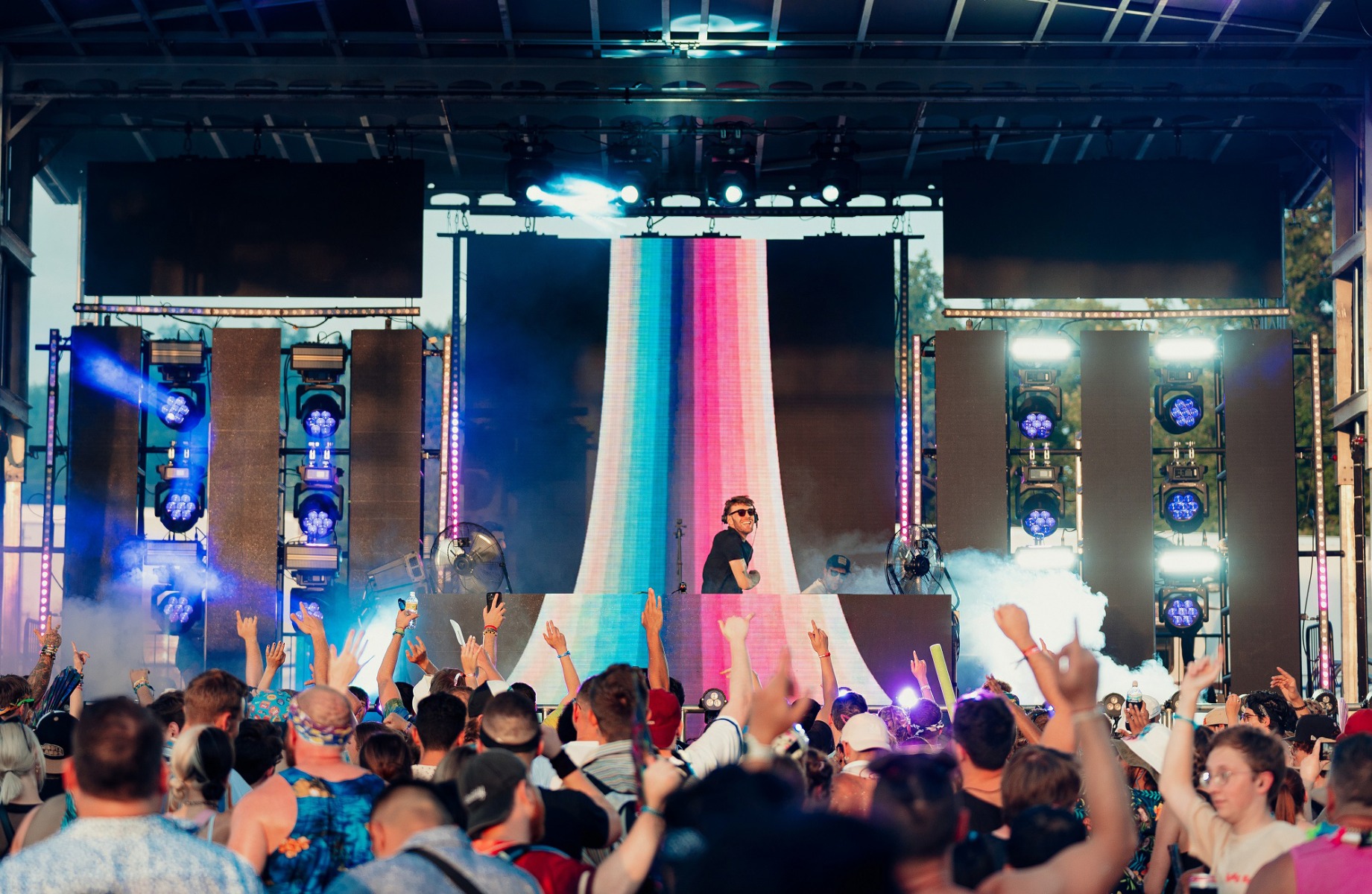