Singer/songwriter Hardy is a rising star on the country music circuit and with that newfound fame comes an opportunity to up his on-stage game in order to appeal to an even wider audience. Out in support of his highly praised debut album 'A Rock,' which came out last fall and includes the No. 1 hit single "One Beer," Hardy is touring with an upgraded lighting rig of Elation DARTZ 360, Artiste Picasso and other lighting fixtures. Lighting design is by Zac Coren.

Hardy has written hits for country acts Florida Georgia Line and Blake Shelton, among others, and earned three 2020 Country Music Award nominations for "One Beer." In early August, he started warming up audiences on Jason Aldean's "Back in the Saddle" tour while headlining his own dates in between Aldean shows.
Hardy early return to the road Lighting designer Zac Coren picked up with Hardy earlier this year and has known the artist for quite some time. "He didn't have an LD and I was designing some things for him already," Coren explains. "I was fortunate as Hardy was one of the first artists to get out there and start doing shows again. He did a lot of shows this past spring in smaller venues with lots of restrictions like limited capacity, pod distancing, outdoor sets, etc. It felt a bit like we were part of an experiment on how to do shows again but Hardy loves touring so we did what it took."

Part country storyteller, part rocker, Hardy is a dynamic and versatile entertainer. "Honestly, he's one of the coolest artists to work for," Coren says. "He lets you do your thing; he might have a few comments at rehearsals but for the most part he trusts the folks working for him. After showing him some options, I helped guide him toward what I felt was best and we charted a path based on what he likes."

Country with an edge
Although Hardy is a country artist, loud guitars and drums definitely have a place in his shows and that combination is reflected in Coren's design. "It's not your clean and classic country look for sure but has more of an edge to it. I needed to take what is seemingly country and blend that with elements of a rock show so we have a lot of strobes and in-your-face kind of stuff."

Bigger look
Coren is on the road with the show as lighting director and says the tour is going great. After sharing transport for some time, they now have their own bus and trailers and are making an impact with an overall bigger setup. The lighting package consists of 20 compact DARTZ 360™ narrow beam moving heads, 4 Artiste Picasso™ profile moving heads, 4 Cuepix Blinder WW2™, 4 Chorus Line 16™ LED batten luminaires (used only in headlining shows), and 21x 32 Hex Panels from Elation sister-company ADJ. Lighting vendor is PTP Live (formally GENETIC Productions).

The rig is divided into two parts, a floor-based section with the Elation and ADJ fixtures and an upper, flown section with fixtures from Jason Aldean's rig. Unsure of what he could use of the Aldean rig going into the tour, angles in the upper package ended up complementing well the lower package on the ground, resulting in "a very good looking show."

DARTZ fill the void
Two layers of floor-based truss sit atop upstage custom set carts with the back rail lined with 4 groups of 5 DARTZ each, a fixture the designer has used for years now. With an empty void between the DARTZ and the overhead truss to contend with, Coren turned to the narrow-beam fixture to fill the space with beams of light. "I use the DARTZ in pretty much every song," he says. "There are some songs where I'll hold them back for a chorus but because they are so versatile I use them a lot."

The DARTZ, with their 3-degree aperture, gobo set and full 360-degree rotation, form an important part of the visual design and, according to Coren, shape the look of the show. "In one song, Give Heaven some Hell, I use the frost with a chase across the top in a calm look until the chorus where I do a big prism look." And for a song called Boyfriend, which has a purple and pink color scheme, he uses the prisms "in a cool staggered look that fills everything in the back and air. It's hard not to overuse these fixtures because they work for everything."

Picasso complement
Centered just below each set of five DARTZ are Artiste Picasso profile moving heads, one in each truss. "They really complement everything in the air. I'm a big fan of having big blown out gobos and the Picasso graphics make some pretty looks. There are a few songs where I zoom them down but for the most part they are static texture lighting behind the band," Coren says, adding that sometimes he uses them to light the artist.

The Chorus Line 16 LED battens provide sidelight but only when the artist plays his own headlining shows. Otherwise, he accesses battens from Aldean's rig. Finally, the ADJ 32 Hex Panels, which line the lower truss and front of the set, play a key role as strobes, pixel-zone eye candy and color floods.

Catch Hardy opening for Jason Aldean across the U.S. and playing other dates until the end of October. 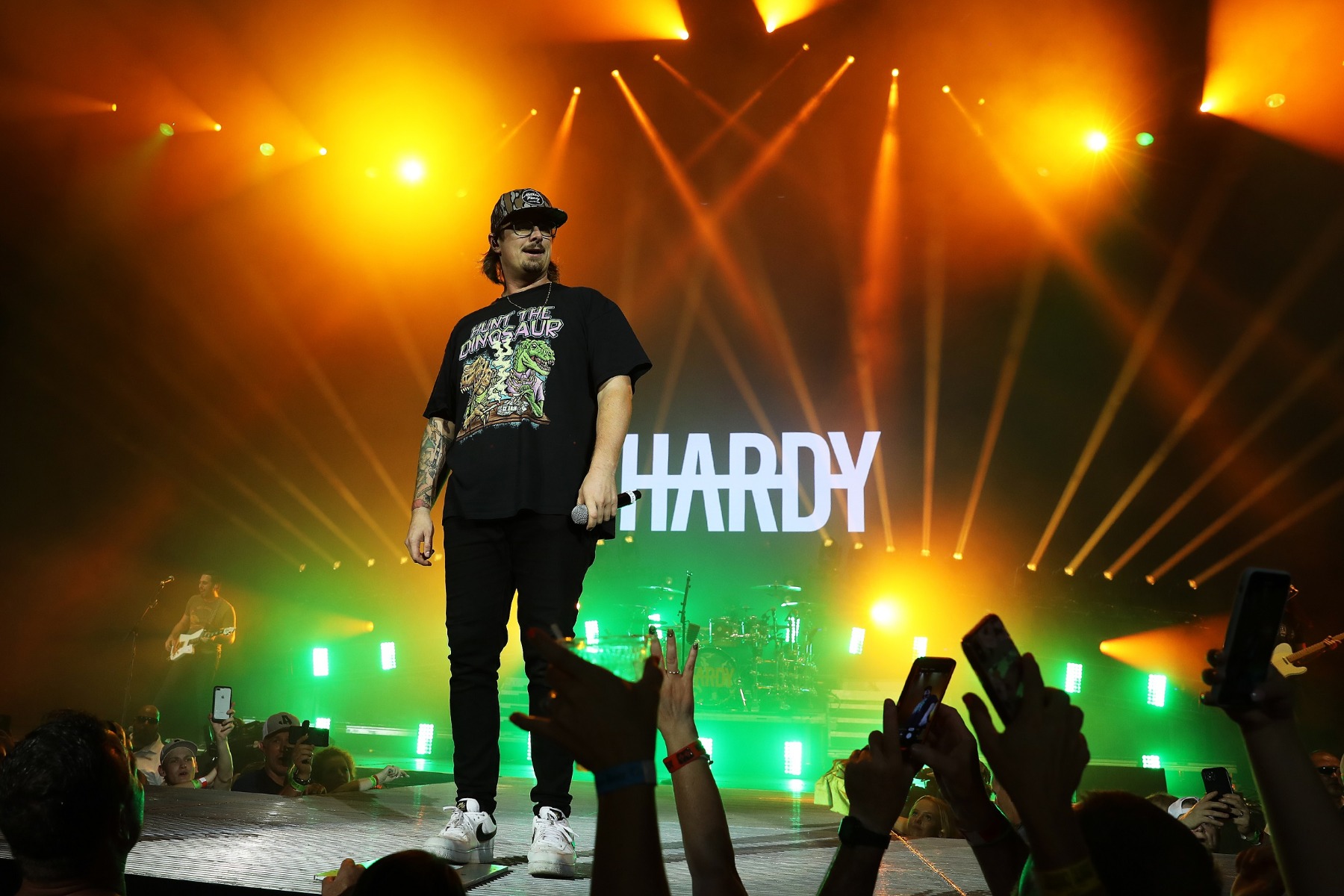 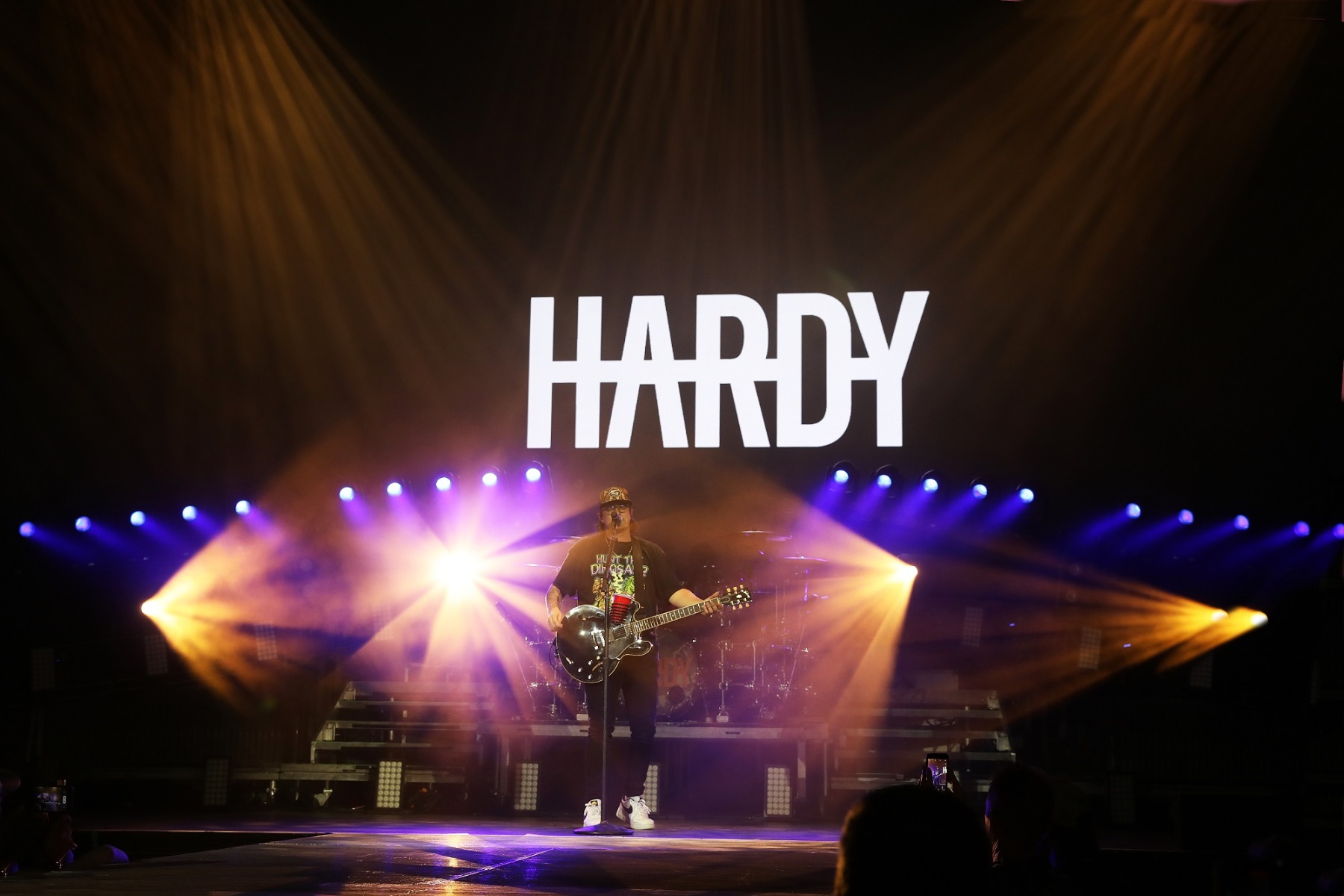 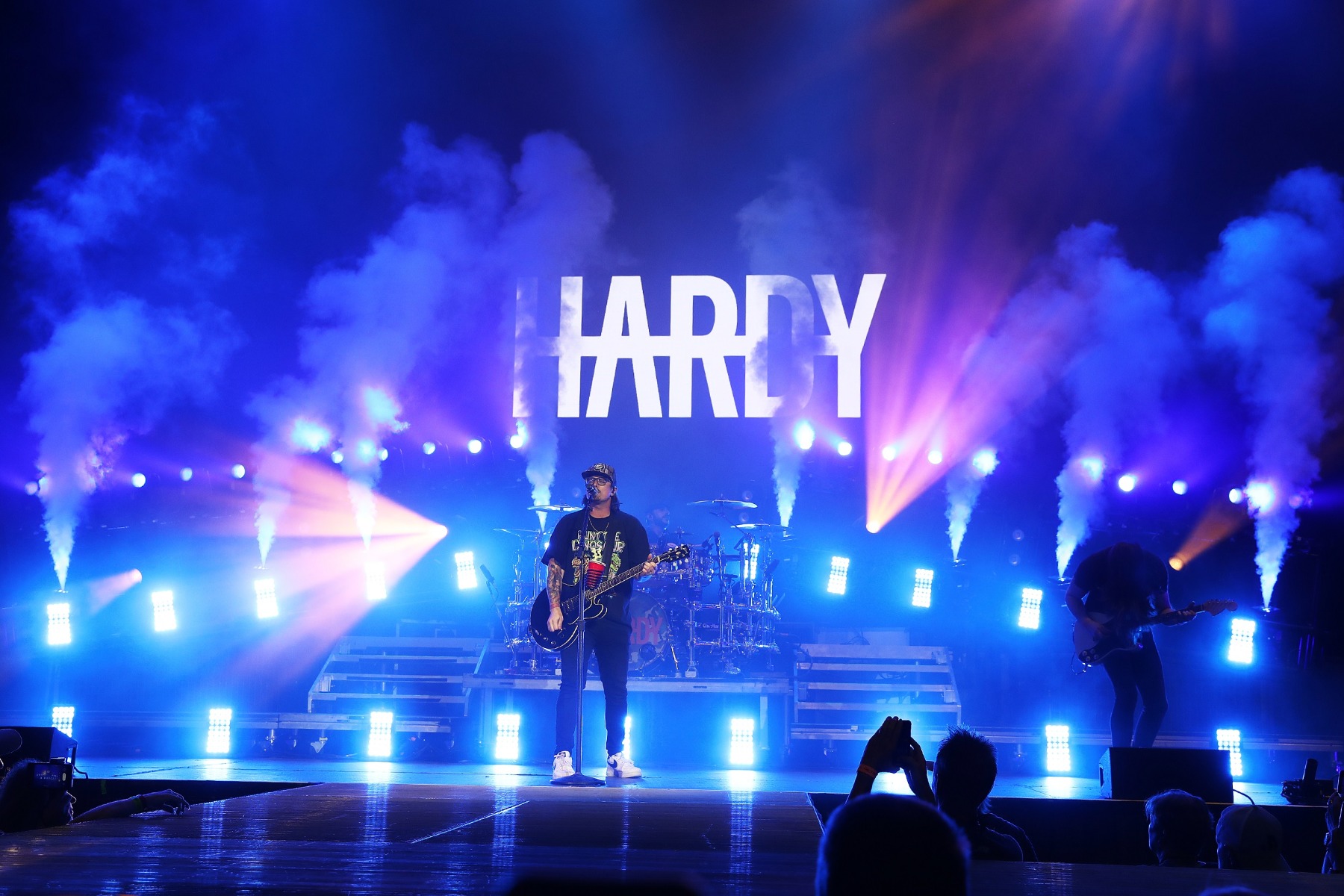 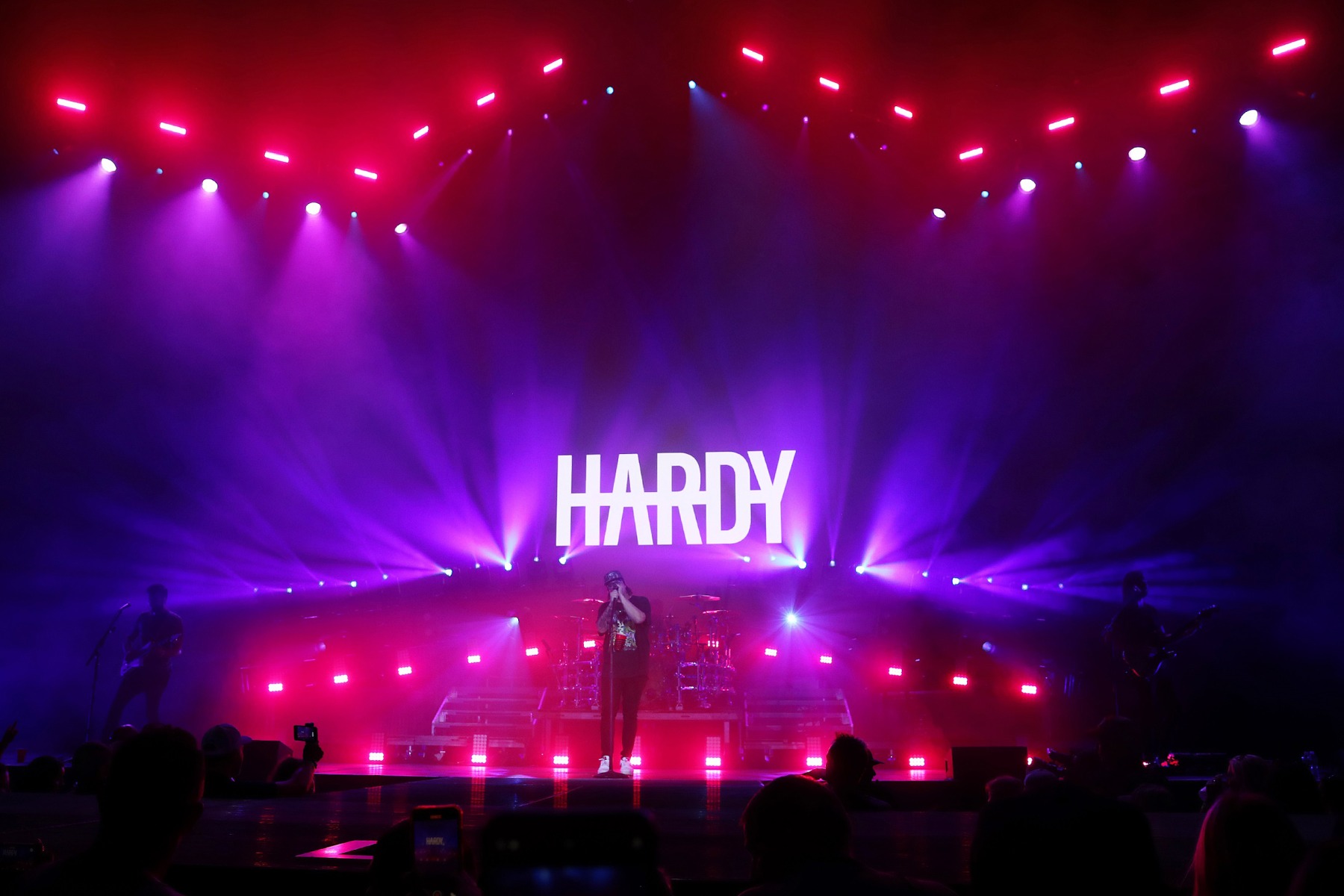