Big concert tours were back in a big way this past summer and The Weeknd's ambitious "After Hours til Dawn" outing is perhaps the best example. Lighting designer Jason Baeri is using over 450 Elation Proteus Hybrid and Proteus Excalibur moving head luminaires as workhorse fixtures on the tour, an elaborate, visually striking show that has been selling out major stadiums across North America since July.

The first leg of the all-stadium tour kicked off on July 14 at Lincoln Financial Field in Philadelphia and concludes on November 27 at SoFi Stadium in Los Angeles. The tour is also scheduled to visit South America, Europe, Asia, the Middle East and Australia.

Large-scale production
"After Hours til Dawn" is a monumental show that reflects the artist's status as one of the world's best-selling music artists, and is his most ambitious production to date. The conceptual show, which springs from the singer's latest two albums, After Hours and Dawn FM, features a huge stage, long runway and pair of B stages. An enormous 180-ft wide LED wall and lighting rig of over 1100 fixtures support a set that includes dystopian cityscape scenery and stunning 30-ft diameter moon.

Lighting had to cover a lot of ground on the production, matching the scale of the large LED screen and scenery elements but also working together with them. "The design was based on the extended concept of scale," stated lighting designer Baeri, who has been working with the Canadian singer/songwriter on and off in various roles since 2015. "The screen is one of the largest screens to ever tour. The scenery is massive and holds its own with ever present scale. The thrust and runway extends 300' clear across the stadium. Everything in this show is a scale of nothing short of Gaussian proportions, so the lighting design had to be equally as massive to hold its own with the rest of the elements in the show. It is a high density rig designed around the ability to present giant statement pieces that fill the whole stadium for the entire 90 minutes of the show."

Proven Proteus
Because lighting is exposed to the elements, including torrential rains, Baeri sought proven workhorse fixtures with an IP rating and turned to a line he has trusted in the past. "Elation pretty much owns the outdoor market when it comes to moving lights," he states. "The Proteus line is not just another product of theirs slapped into a waterproof shell. It is a well-thought-out line of fixtures designed not only to operate in inclement weather, but also to perform on a stadium scale with stadium reliability night after night."

Proteus Hybrid
"The Proteus Hybrid is one of my favorite lights on the market right now," said Baeri, adding that he placed the fixtures in overhead positions to cover the huge set. "I'm always looking for a light that does its primary function very well rather than trying to do a hundred things well enough. The Hybrid is a no frills, extremely bright and clean stadium spot fixture. It's not a subtle light by any means, and I mean that in a good way. It is super strong, powerful with a super impressive zoom range, and is bright enough to still be visible as an aerial fixture hundreds of feet away even in a saturated color."

Proteus Excalibur
The other major player in the show, the Proteus Excalibur, line the runway and stage for attention-grabbing uplighting effects. "This thing was made to shoot into space and be a culminated beam fixture that cuts through space," the designer says of the 0.8° beam moving head that powers out 7500 lux @ 100m. "I have never seen output like this from a fixture that's not a large format architectural fixture. There is certainly nothing like it in the market. We lined the runway and stage edge with these and they would shoot thousands of feet in the air, so much so that we got messages from our friends miles away from the stadium with pictures of these things shooting into space. It's like having a sky tracker that you can use as a quick responsive show light."

Baeri says the Hybrid and Excalibur's brightness was a key element for the scope of the show. "The throw distances for this show were close to 300' in most cases and these lights held their own. They are fully featured lights that perform at brightness even while using their features. Most lights of this class have great output, but the second you drop a feature or a color in, the output goes away. The majority of the show is in a red color space, and you could clearly see beams of light straight across the stadium in deep rich colors." The designer adds that the gear has held up excellently, surviving "floods of biblical proportions without skipping a beat."

Solotech serves as lighting and video vendor for the tour, fulfilling a rider of over 1100 fixtures in a market wrought with supply issues. "I couldn't be happier with Solotech and the crew they provided for this," Baeri said. "When you break down the numbers, each member of the crew was responsible for about 200 lights, and they delivered day after day on a gigantic rig without ever missing a beat. They deserve the highest of compliments and my upmost gratitude. Rob Kennedy, our account manager, found everything we needed without skipping a beat or batting an eye. Just absolutely crushed it on this one." 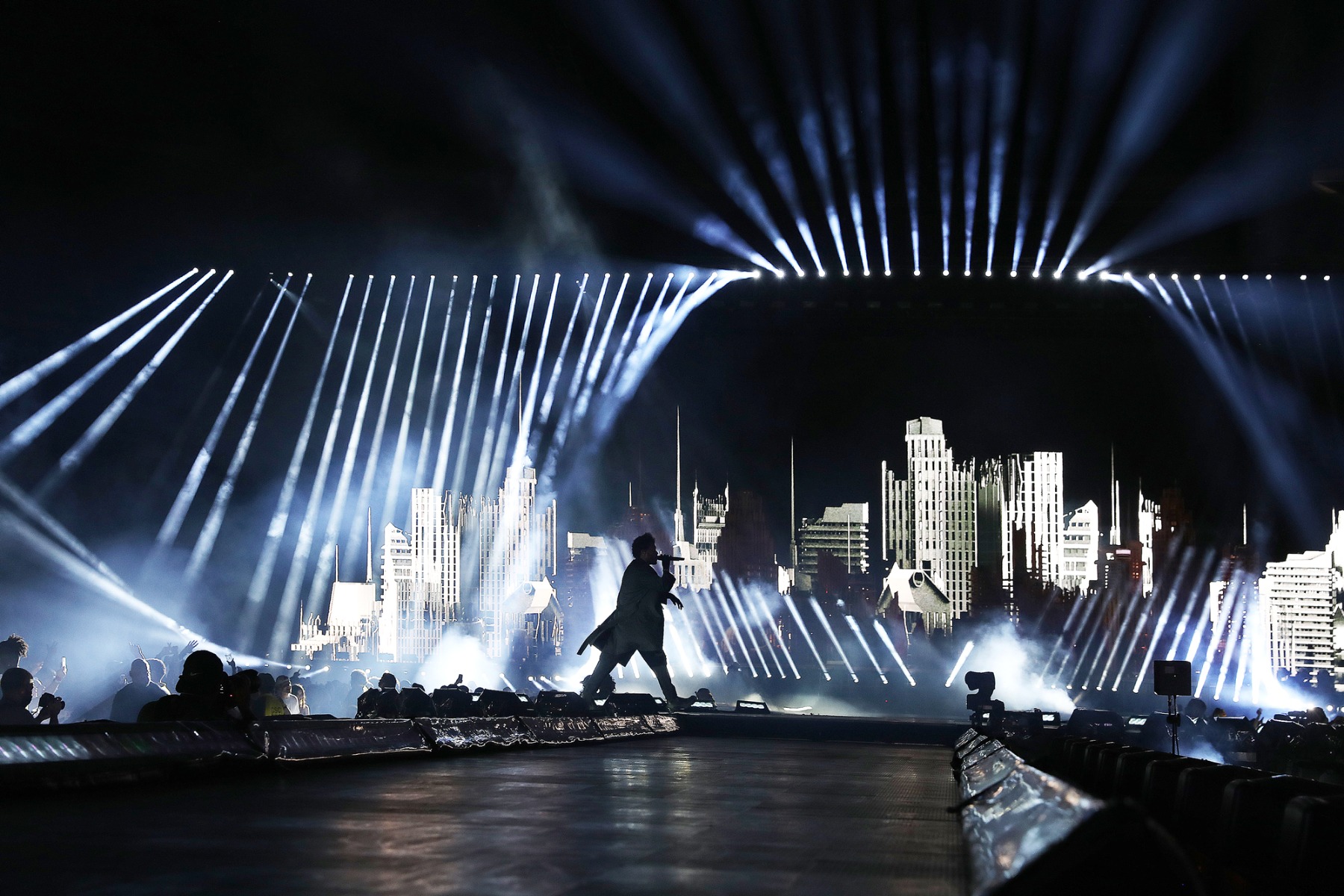 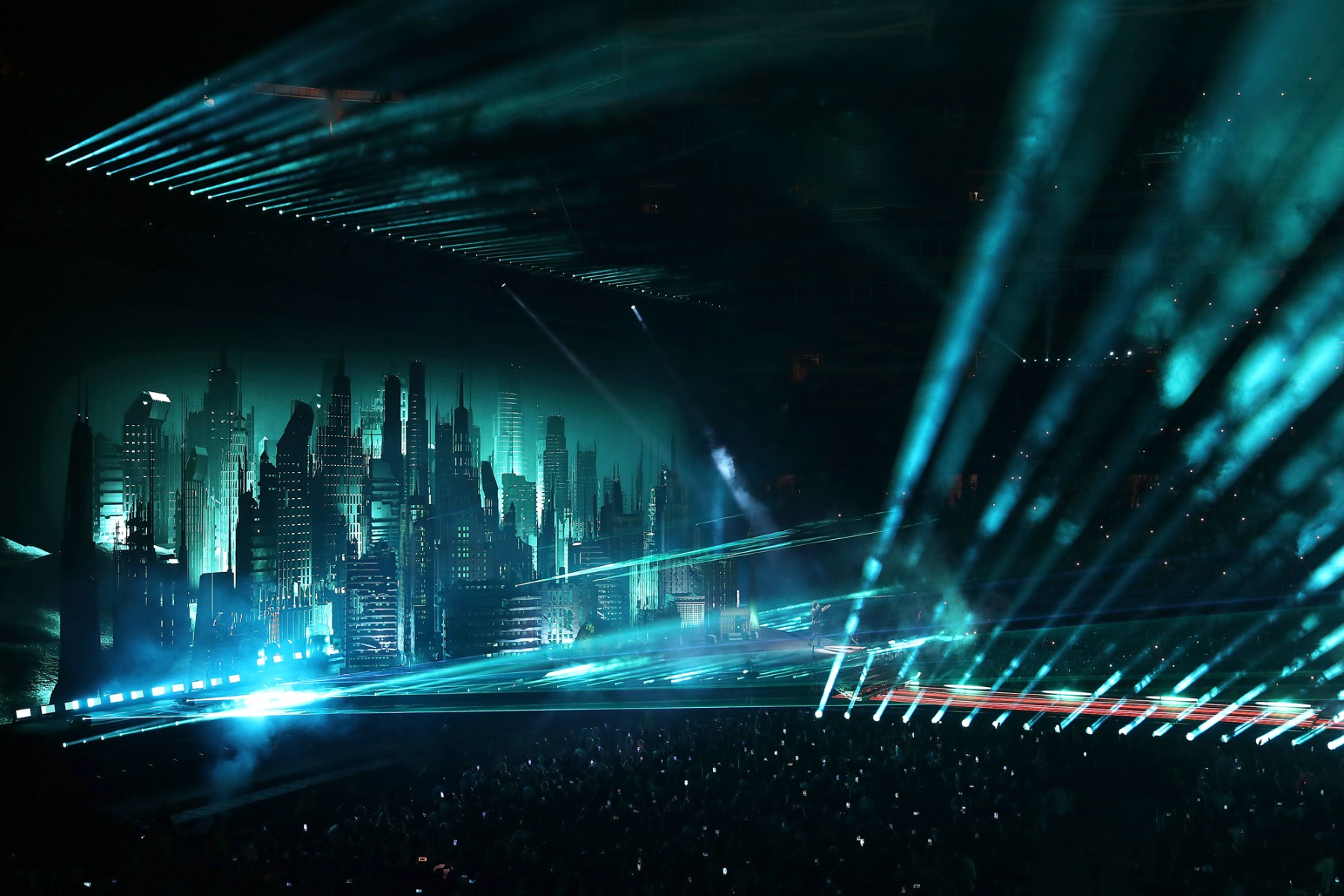 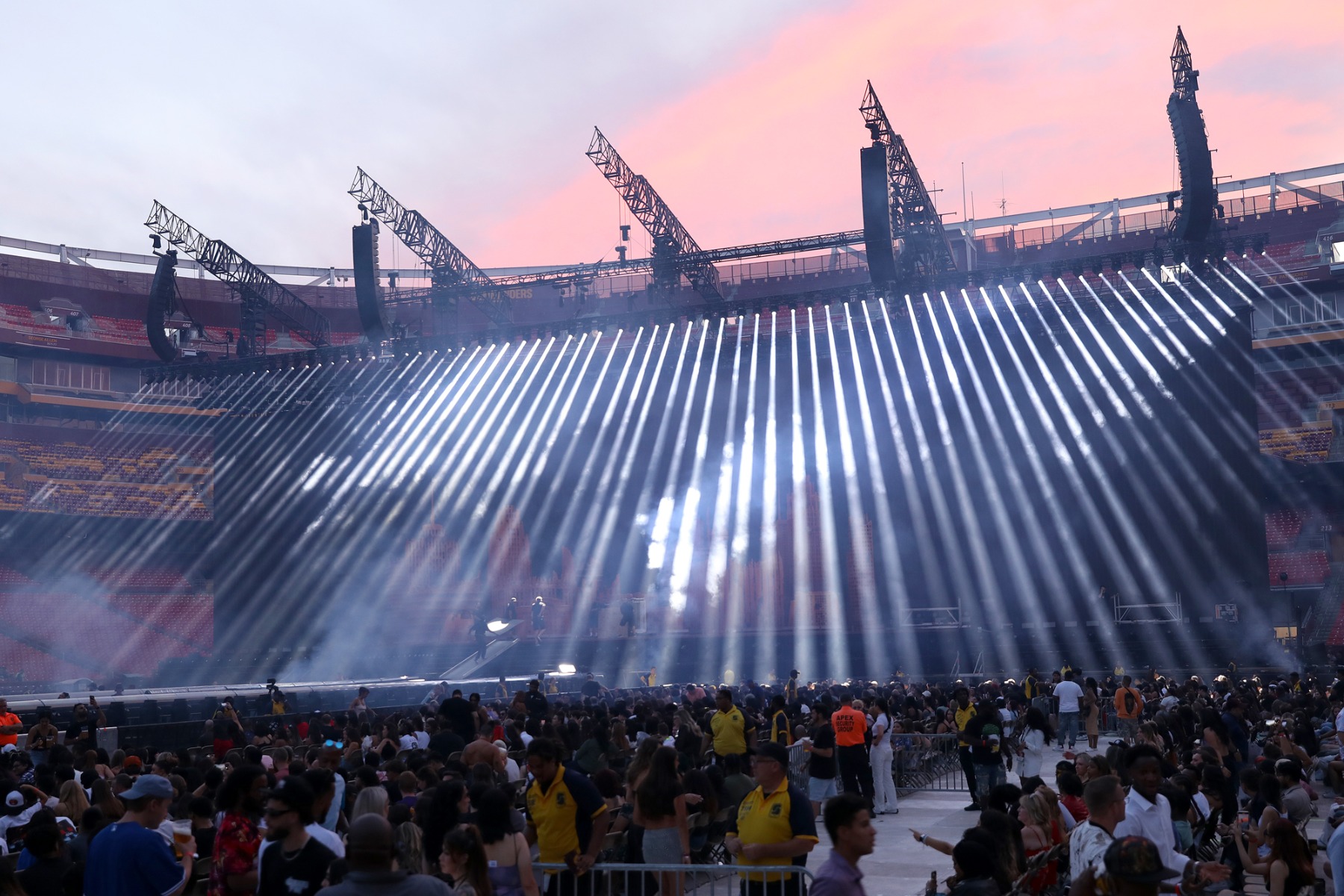 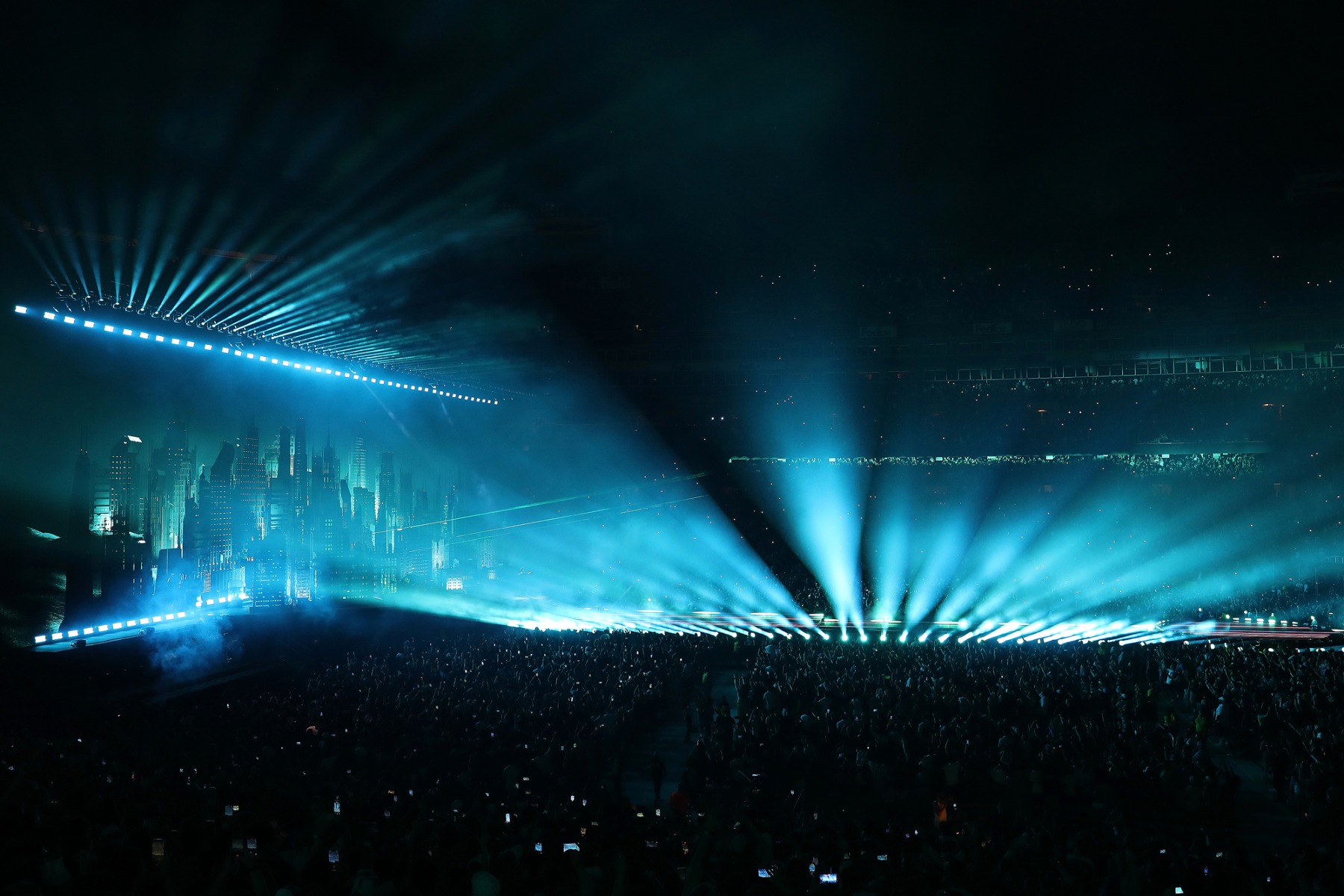