Donny Osmond recently completed his 100th solo residency show at Harrah's Las Vegas beneath a rig of 140 Elation luminaires with lighting design by Tom Sutherland of DX7 Design. Just getting started in what is expected to be a multi-year residency, Osmond opened the show, "Donny," last September less than two years after he and his sister Marie Osmond ended their hugely successful 11-year Vegas residency.

The song and dance show is an energy-filled musical journey through the legendary entertainer's musical career and includes all new songs and highly original numbers. With the former 11-year residency an indication of how long this solo residency may last, venue operators Caesars Entertainment sought to purchase lighting gear for the 544-capacity Harrah's Showroom as a cost effective solution for an anticipated multi-year run.

"We needed something that would be able to hold its own in a room that size, something with longevity that would still look as good years down the road as it did on opening night," stated lighting designer Tom Sutherland, who also handles production design on the show. "We worked through some different brands and looked at some different options and knew Elation had the fixtures we wanted. It all worked within our budget so that was great."

Because "Donny" isn't the only show in the Harrah's Showroom, the designer needed a rig that was useable for other shows coming in. "I couldn't get overly bespoke with a design that was only for one show," Sutherland said. "It had to be a flexible rig for whoever they put in on the months that Donny is off."

That flexibility of rig meant that hybrid fixtures would need to play a role. "I knew we could get big effects out of the Smarty Hybrids," Sutherland said of the compact, multifunctional CMY moving heads, luminaires that can easily transition from beam to spot to wash light. One of those impactful looks takes place in Osmond's performance of "Close Every Door" from "Joseph and the Amazing Technicolor Dreamcoat," in which the designer uses the Smarty fixtures to create a cage of light around the singer. "That's a moving part of the show and always an audience favorite," he said.

It was important for the designer to line the edge of the stage with lighting, which is where the DARTZ 360 come in. Sutherland has used the narrow 3-degree-beam LED moving heads in the past on Dancing with the Stars and Celestia and is familiar with their performance. "They are one of my favorite fixtures," he says, "so bright and really compact and work in a space like the Harrah's Showroom so well. They bring a huge amount to the show."

Another fixture Sutherland knows well from his designs for Dancing with the Stars, as well as American Idol, is the SixBar 1000 linear LED bar. "It was vital to me to have one key light that would hug the video wall and give the set a framing so that's where the SixBars came in so well," he said. Filling out the rig, the Fuze Wash Z350 wash lights function as "workhorses of people lighting" while Artiste Picasso moving heads provide key light from the front truss. The Protron Eclypse units provide strobe firepower when needed.

"Donny" is a real crowd pleaser with numbers that range from rock 'n' roll to romance. The show includes several highly original moments such as a 'rapography' that covers Osmond's entire career and a segment where audience members can request any song from any of his 65 albums. "It's really a heartfelt show and it was a real joy to work with him," Sutherland closes. "You really leave the room feeling like you get your money's worth." 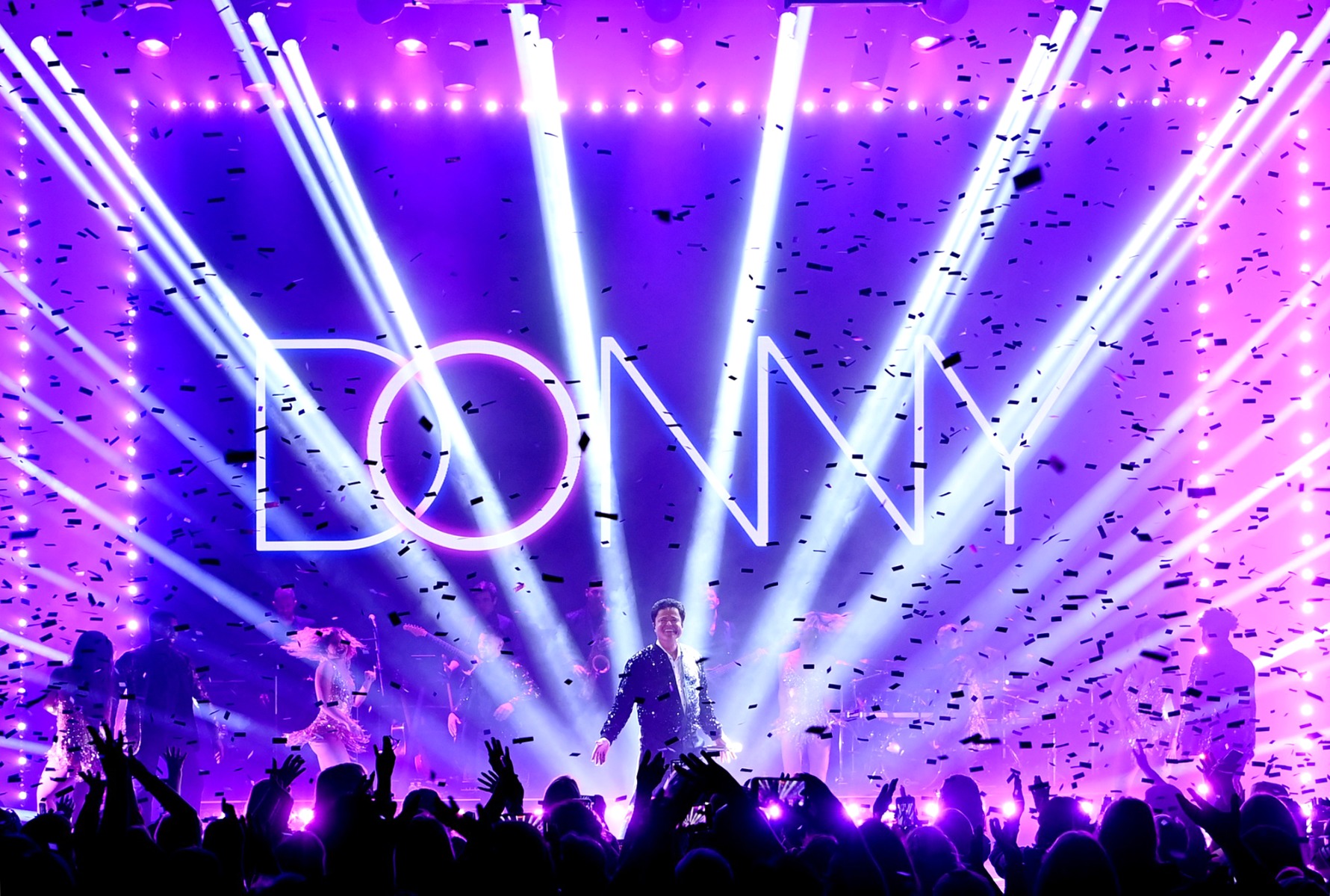 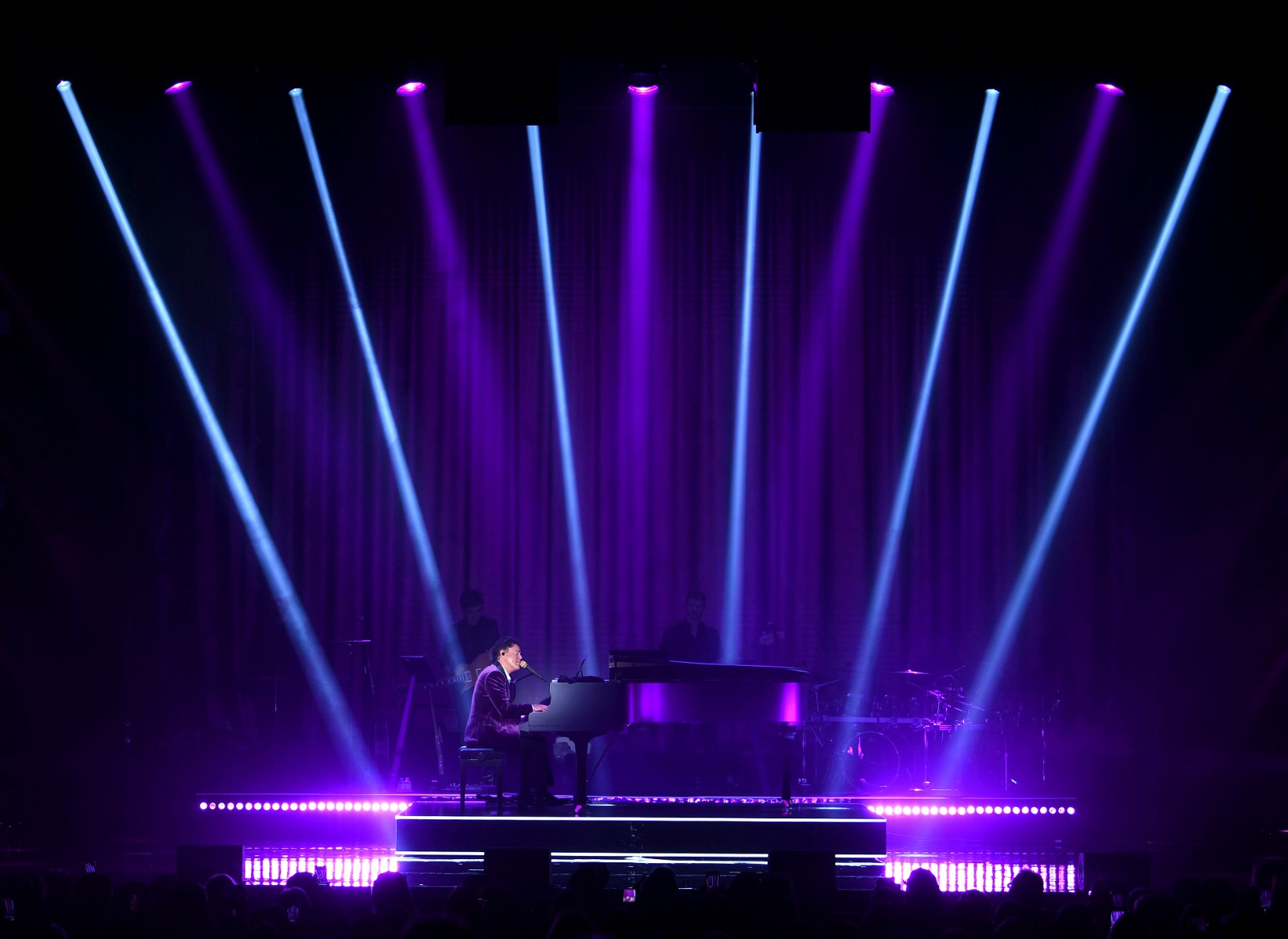 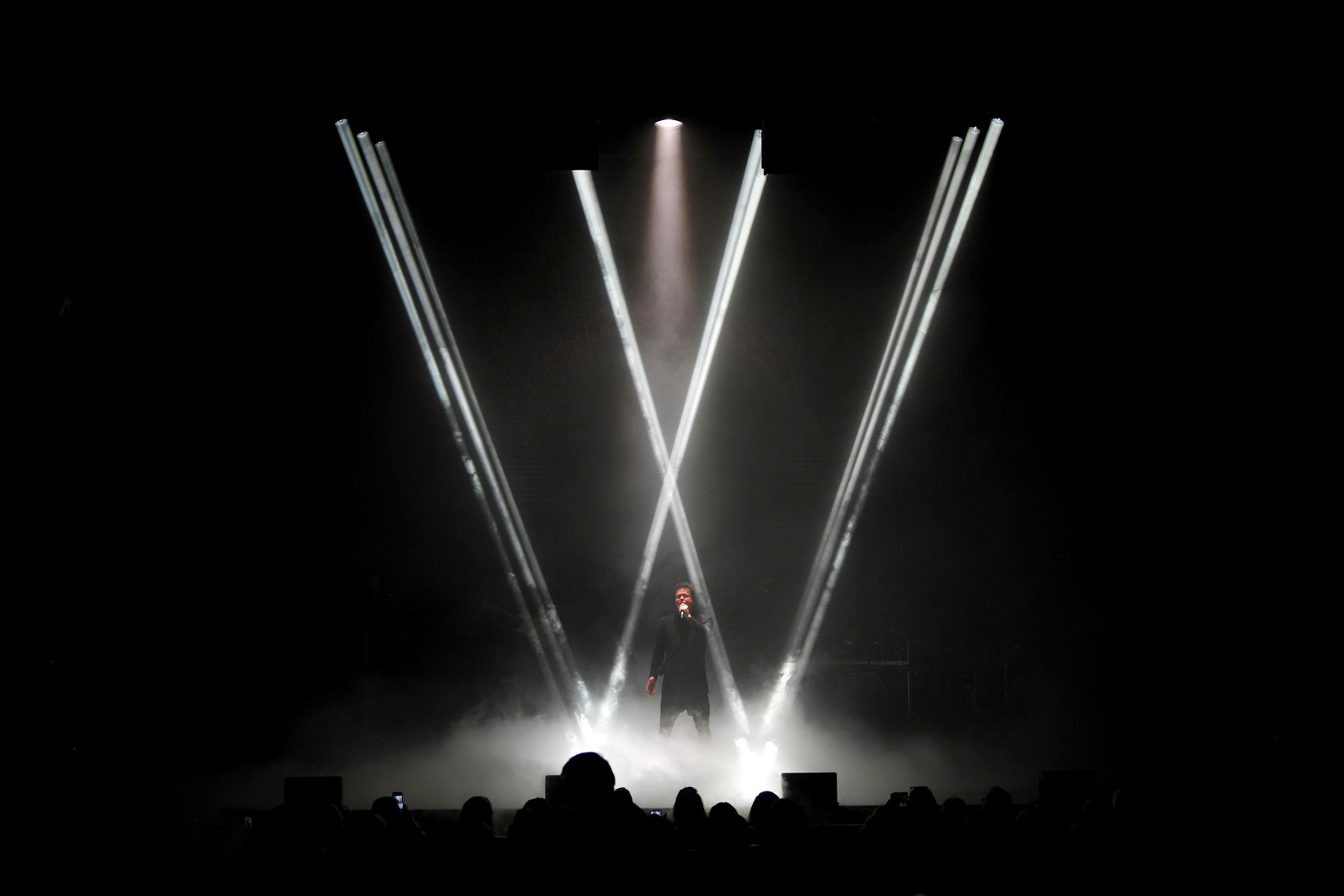 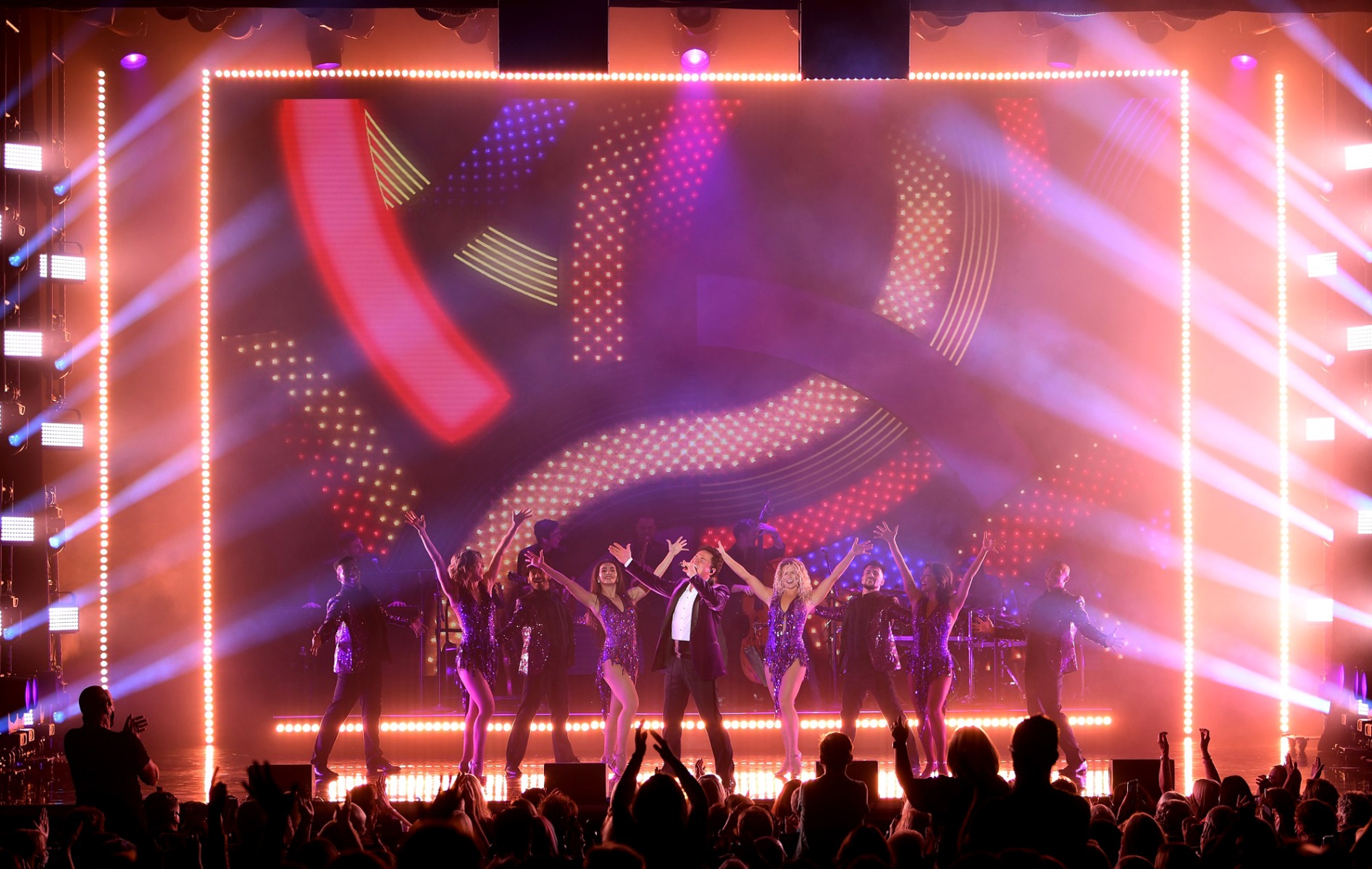