"When I first came to the church they were using a Martin M1 console with M-PC software," says Ellis, who has been with the church for the past eight years. "When it was time to upgrade to something new, I was looking for something userfriendly that all my volunteers knew. We looked at other consoles but they were more than what we wanted to pay and overly complicated. The Obsidian gear was a great value plus it let me keep familiarity with all our gear, also for our voluteers."

Four locations, all running Onyx
Ellis's position involves managing volunteers and interns across the church's four campuses, but he also handles lighting, lighting design and production duties. About three years ago, the church opened a 1700-capacity main sanctuary building at its Frisco East location, a site that serves as a broadcast campus to its other three locations. A Frisco West campus and a campus in the nearby town of McKinney, both remodeled supermarkets, hold about 1400 parishioners each while a mobile campus in the town of Prosper currently holds services in a high school. All told, Hope Fellowship attracts around 7-8000 to services each weekend (pre-covid).

Seamless transition
The church acquired an NX4 lighting console for their Frisco East building along with NX Wings for their Frisco West and McKinney satellite sites. The Prosper campus uses ONYX software on a PC. Hope Fellowship acquired their Obsidian gear from Full Compass.

"It was really a very seamless transition," says Ellis, who remarks that it was easy to load files from the M1 into the new consoles and then make updates. "I was able to just drop a show file in and go. I've been on other consoles and they can be a bit intimidating but with ONYX, we show it to a volunteer and they can run a service after only a couple of run throughs. It's been rock solid and the ease of use is great. At Frisco West and McKinney we use a lot of MIDI control and again it was easy to setup and easy to use."

Dylos a big plus and "real bang for the buck"
With a well-arranged combination of motorized and manual faders, along with an array of playback buttons, the NX4 offers 44 total playbacks in a compact yet powerful package. Up to 64 Universes can be processed right inside the console. Another aspect of the console that Ellis finds valuable is the built-in pixel composer Dylos, which allows users to eliminate an external media server with presets.

"Dylos was one of the biggest selling points for why we went with the NX4 console and Wings. Getting rid of that media server computer connected to the console has been great," Ellis states. Integrated into the ONYX platform, Dylos is an intuitive toolset of media composition, effects, animations, and text generators that isn't overly technical and eases the creative process. "I'm still learning it but right now I have a layer pixel-mapping some LED strips in solid colors or slow moving patterns and for our student services we go a little more flashy. It's real bang for the buck and has been a big plus." 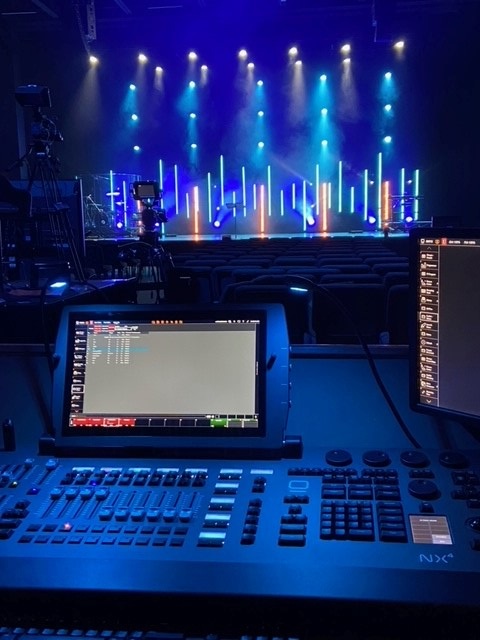 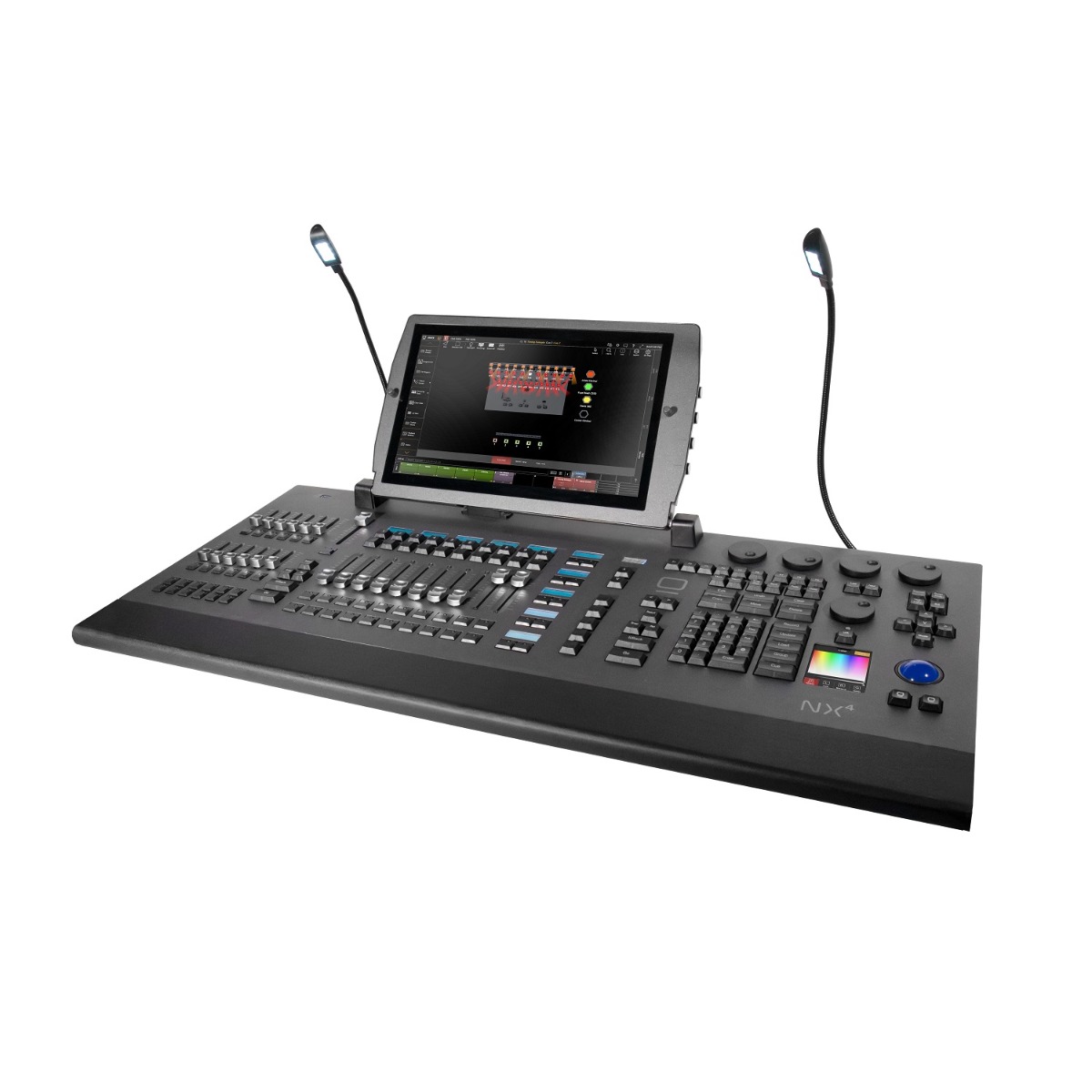 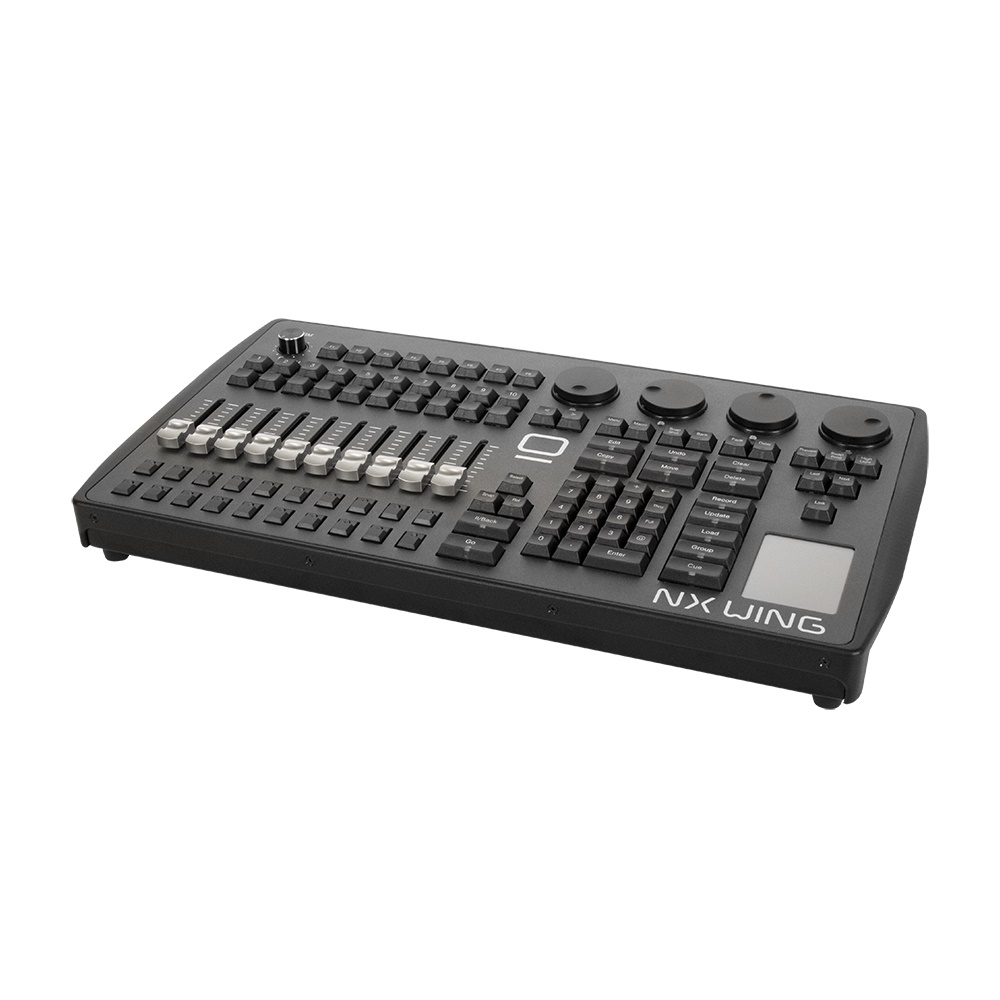