MAGNUM, a full-service entertainment technology company based in Atlanta, was asked to light the Grand Opening celebration of The Epicurean Atlanta, a state-of-the-art culinary-themed hotel with a demonstration kitchen/theatre that is poised to become the city's focal point for culinary programming.To light the exterior of the hotel for the September 23rd event, MAGNUM needed a powerful IP65-rated fixture that could project eye-catching effects while handling any weather condition and chose 24 Elation Proteus Maximus fixtures to get the job done.

"We were presented with the challenge of making a unique and memorable experience for the Grand Opening of Epicurean, and Elation's IP-rated Proteus Maximus fixtures were ideal for this situation," said Taylor Chandler, Project Manager at MAGNUM. "The evening event was outdoors and the weather was questionable. We needed a powerful, bright fixture to light the hotel, and the Proteus Maximus gave us the brightness we needed and peace of mind with their IP-rating." MAGNUM, who acquired the Maximus fixtures in early August, used twelve units to illuminate the side of the building while an additional twelve were used to project gobos onto the building and light the swimming pool area.

The Proteus Maximus is an IP65-rated 50,000-lumen LED moving head that is routinely used to light some of the world's largest outdoor shows and events and is increasingly used for outdoor theatre and film production. The fixture can be used as a profile, beam or wash light and houses a complete FX system (2 gobo wheels, animation, zoom, iris, dual prisms, dual frost), including a full blackout framing system. Its 950W white LED engine delivers a level of brightness that can reach across great distances.

About The MAGNUM CompaniesMAGNUM was founded in 1980, at a time when few specialized entertainment production companies existed in Atlanta. Since that time, MAGNUM has developed into five self-supporting, interdependent divisions: Product Sales, Rental, Event Production, Systems Installation and Repair - growing in size and in service to become an accomplished industry leader. http://www.magnumco.com 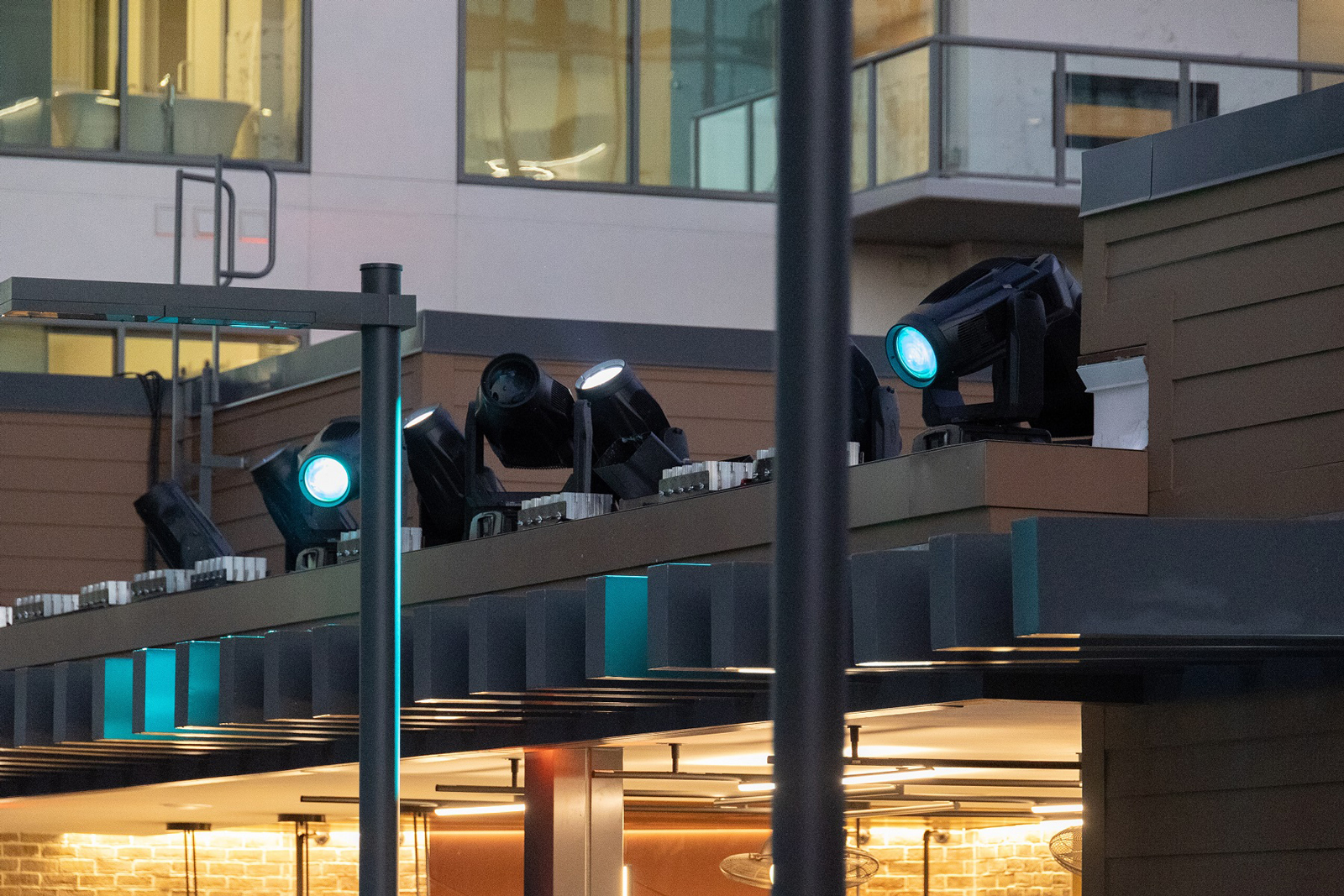