Purpose-built arena
Fan Controlled Football (FCF) is a professional indoor American football league that began in 2021 and is the only professional football league where fans call the shots, including real-time play calling, team branding, and personnel decisions. Pullman Yards, a historic industrial complex where the Pullman Company once repaired railroad sleeper cars, is now a landmark site and the filming location of many movies and television series. Under redevelopment as an entertainment destination, ahead of the 2022 season the FCF league began construction on a purpose-built 1,500-seat arena at the site complete with entertainment stage.

MAGNUM
Atlanta-based entertainment technology company, MAGNUM, lighting vendor on the project, had worked with Production Designer and Production Manager Tom Marzullo on FCF season one at Infinite Energy Center in Duluth, Georgia, and continued the cooperation for season two at Pullman Yards. "Lighting needed to be flexible enough to fulfill several roles in the arena," stated Todd Finch, Principal at MAGNUM. "The field needed to be lighted properly for the game itself and because FCF games are broadcast live via several streaming services, we required fixtures that would work well with high-speed cameras. The lighting also needed the ability to transition into fanfare looks for in-game celebrations such as a touchdown."

Proteus Maximus
Finch suggested Elation's IP65-rated LED power luminaire, Proteus Maximus, for the job and used 128 units as the workhorse of the lighting design. "We had used the Proteus Maximus in other applications and knew it had great light output," Finch states. "Also, although the structure does have a canvas roof, because it's built on an old rail bed, it's not a clean environment but is dusty and dirty. We were pretty positive we wouldn't test a fixture's IP rating because of water but we knew we needed a closed fixture."

Light levels
The first task was to get the appropriate light levels for the games. According to Finch, the structure dictated the rigging positions, and there wasn't a lot of flexibility. MAGNUM engaged Bob Mentele, Specification Sales Engineer at Elation, to help run foot-candle calculations and get the proper light levels. "We used the foot candles that the sports lights were achieving the previous year as our reference and laid that out to make sure we could achieve those light levels and with Bob's help we did," Finch said. "Light level on the field is around 130 ft candles."

White light to fanfare
The Maximus are mounted on rows of 200-ft truss on each side of the arena with 48 fixtures on each side plus 16 in each end zone. Trim height to field is 45 feet. During game play, they provide an even wash of white light for the game and at the proper illumination levels for the broadcast cameras. Every time something exciting happens, like a touchdown, they create different lighting effects. They also provide all the performance looks-color, gobo, effects, etc.-for the DJ or during the halftime show in conjunction with the rest of the lighting package.

"The Maximus are always in white light while they are playing but because the game is very offensive with a lot of scoring there are a lot of chances for ballyhoos, strobing, gobos, all the fanfare that the lights offer," Finch says. "We couldn't have done that with normal sports lighting - we would have needed two separate systems."

MAGNUM handled the lighting and rigging, providing the sports, fanfare and broadcast lighting and all of the truss, motors and rigging for lighting and video. Lighting design on the project was a collaboration between Tom Marzullo, Todd Finch and Taylor Chandler.

Additional to the rig are 8 Elation Cuepix 16 IP LED matrix panels in the offensive end zone that are used mostly during the scoring ballyhoo look. Other lights populate the rig as well. "All of the lights are double purposed with the Maximus doing the heavy lifting regarding artistic gobo, color and FX as well as the broadcast level of lumens," Finch stated.

Football and more
Although the vast majority watch FCF games online, 1500 fans can watch live at the venue. The lighting system debuted with the start of FCF's second season on April 16, and concluded with the championship game on June 11. The lighting system allows for applications other than football however as the multifunctional site also looks to host concerts and other events. 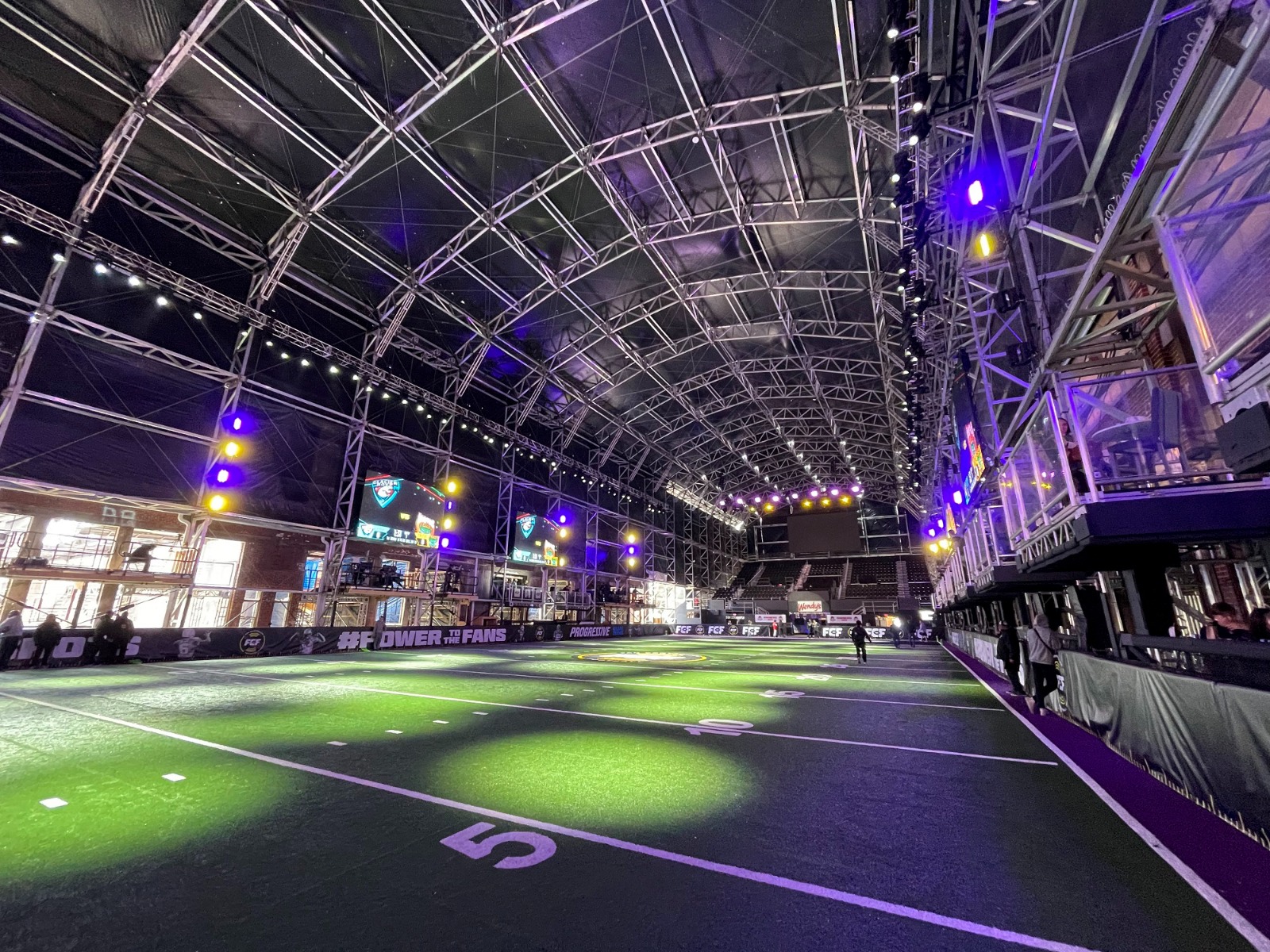 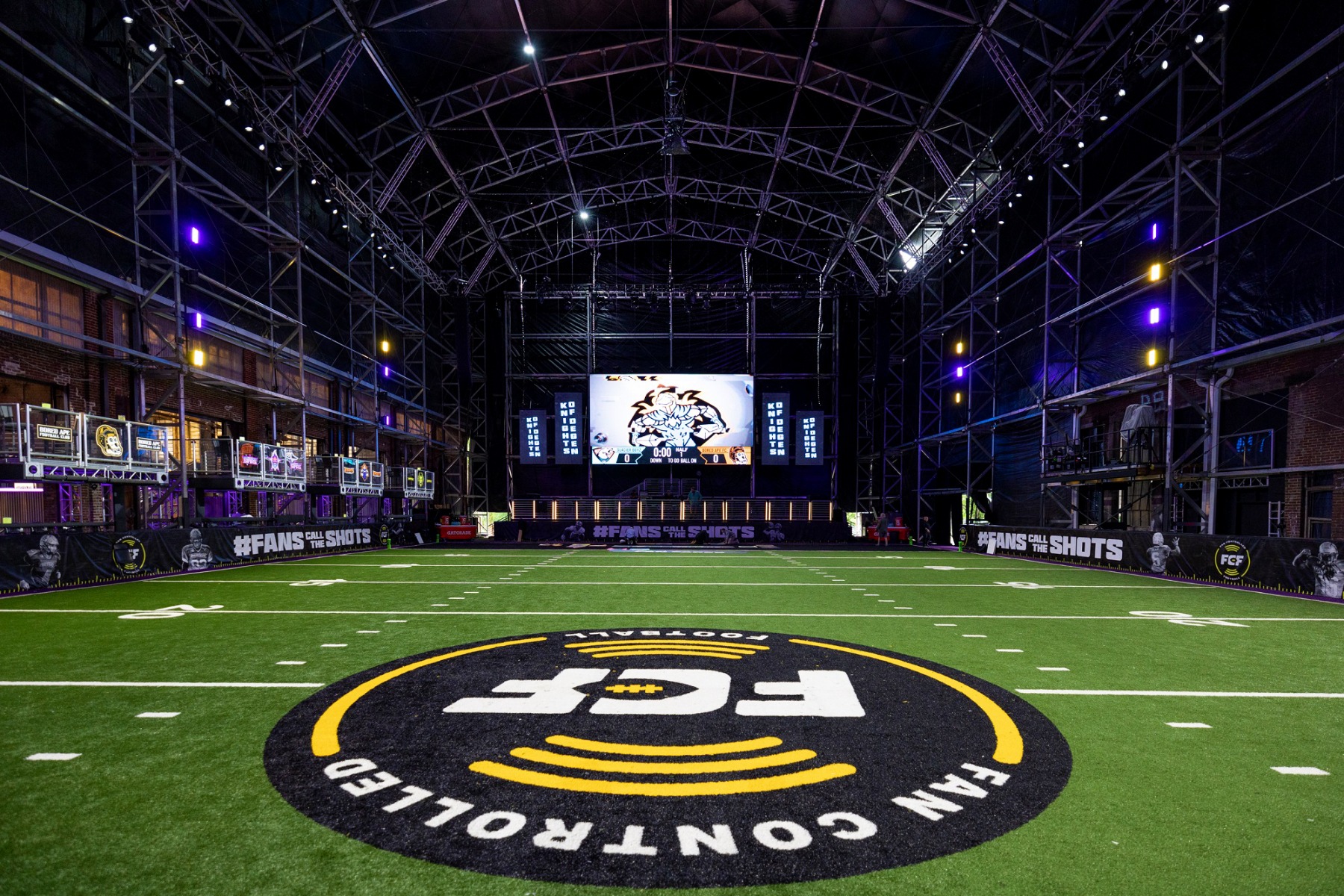 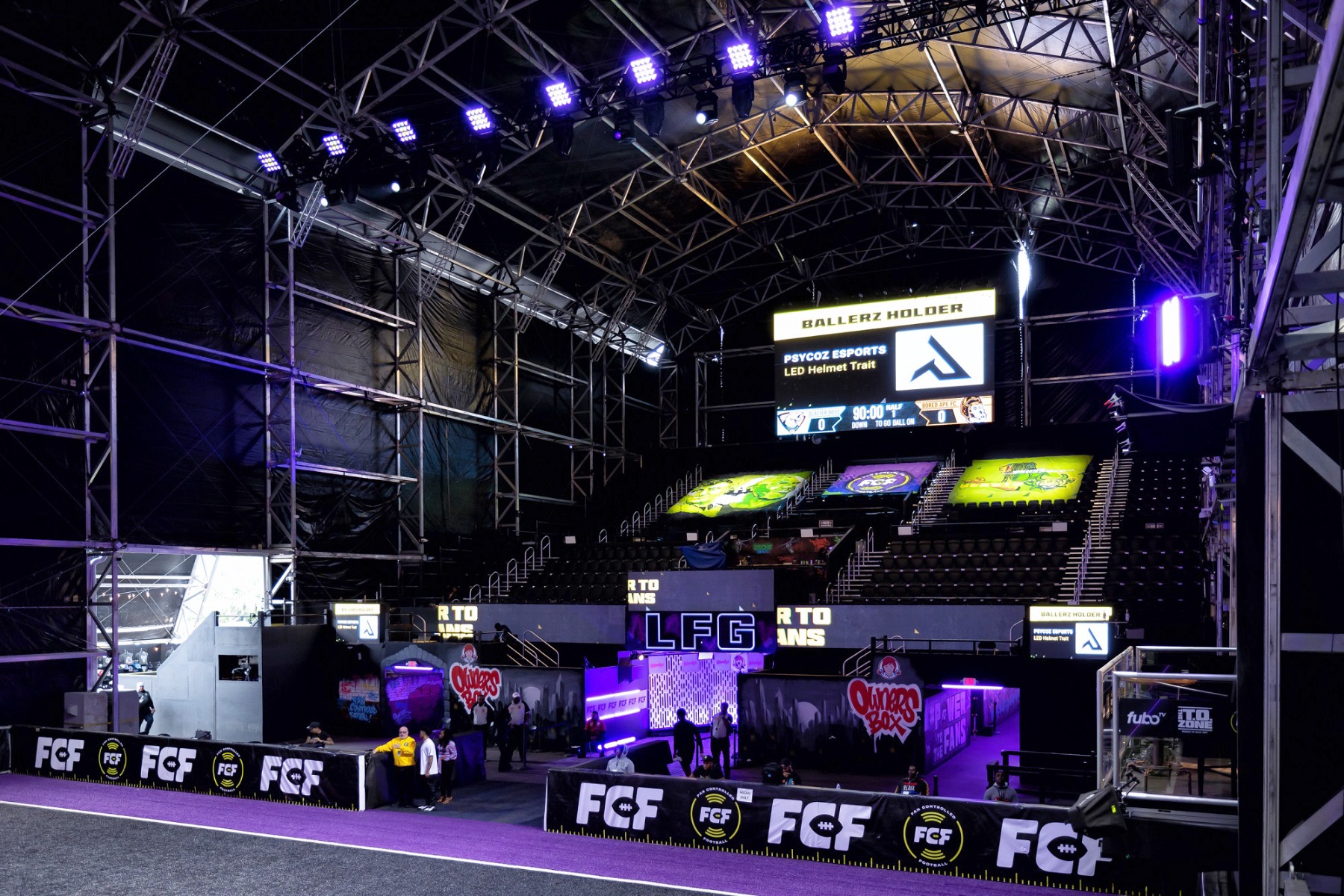 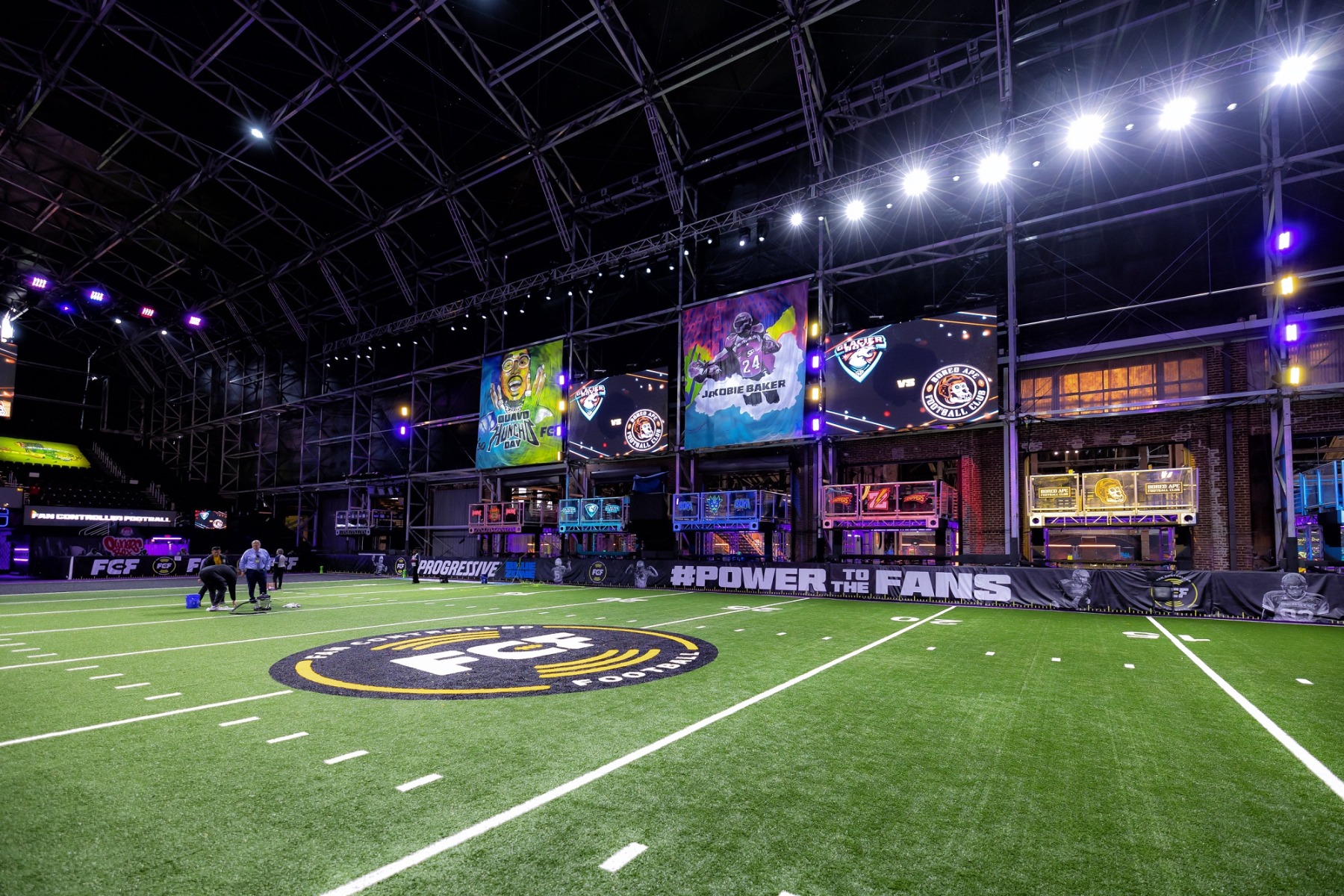