America's affection for Scorpions, one of the best-selling hard rock and heavy metal bands of all time, has endured since the 1970s. Nikitser has worked with the band since their 50th Anniversary tour in 2016, starting as a media programmer before eventually taking over the lighting role. For the Vegas residency, he handled production and lighting design, and also programmed and operated the show.

A triumph
The headlining residency on the Las Vegas Strip was a huge success and another example of music fans' passionate desire to return to live music. The band exuded their usual energetic spirit - "I feel like they are better than ever," says Nikitser - and sound much as they did when Scorpions broke big in America over 40 years ago. The band covered fan favorites like "Wind of Change" (the band changed the lyrics during the residency in a show of solidarity with Ukraine) and rock anthem "Rock You Like a Hurricane" along with new numbers from their latest album "Rock Believer" released in February 2022. The shows at the state-of-the-art Zappos Theater were extremely popular with the balcony open (not typical for a residency show) in order to maximize the venue's 7000-seat capacity.

Residency and tour design
Scorpions have been a touring mainstay since the early '70s. Prior to Covid, a new show design was in the works and the band already had plans then to play a Vegas residency, which was subsequently postponed due to the pandemic. By August 2021 however, touring was again on the schedule and Nikitser had a production design ready, and approved, and planning for the Vegas 2022 residency began in earnest.

With an upcoming world tour set to kick off May 6th at Madison Square Garden in New York City, a mere 3 weeks after the Vegas residency, Nikitser developed a flexible design that he could adjust to the Zappos Theater stage. "The approach was to have the same look for the residency that we would use in an arena," he says. "Essentially, it is a touring design that was adapted for the venue in Vegas." Because the stage in the Zappos Theater is so wide - 27.3 meters vs a typical arena stage that is around 18 meters - rigging positions, trussing, etc. were adjusted to cover the additional space.

Lighting and video
The show features a large custom set with metal surfaces and special drum riser - "a real analog, rocking look" according to Nikitser, complete with media content and camera blending. An 18 x 9 meter LED screen backdrop meant that, in general, very bright fixtures were required. "We still wanted to have a light show with visible light beams," Nikitser explains, "not just a video show where lighting is a side element. We wanted to meld these elements together without losing one of them so we needed very bright fixtures, as well as lights that had nice colors that could work well with the media content."

Artiste Monet
While researching options that would work well for a floor lighting package, the designer got in touch with full-service lighting company Volt Lites of Southern California and quickly realized they could offer much more. "We needed a workhorse in order to get through a rock show like this and they reintroduced me to the Artiste Monet. It is a fixture I had used in Europe and was familiar with but one I had never used as my main lighting fixture. I didn't expect the brightness to be honest and after taking a closer look, I realized it would work well for this show."

The Artiste Monet is Elation's multi-award-winning 45,000-lumen LED Profile luminaire with 7-flag SpectraColor color mixing system, endless rotation framing, and comprehensive FX package. Some 87 fixtures were used on the Vegas residency show - 64 in an eight-finger truss fanned out over the stage (8 per finger), 9 for back lighting, and 14 as front light remote followspots. "The positioning of the moving heads was perfect, also the front lighting fixtures we used for followspots," Nikitser said. "We could just move them a few degrees very narrow with iris medium and they would cover the entire stage. They were very exact and we had no issues or incidents where they lost their positioning. You can't take that type of thing for granted."

Color punch
With trims of 9.5 to 11.0 meters over the stage and much longer from the front of house position, not to mention the ambient lighting from the large LED backdrop to fight through, the Monet's 45,000 lumens were welcome. "The lumen numbers are one thing but I always look at how much punch they have when you put color in. Some fixtures then get quite weak but the Monet did really well."

The designer accessed the fixture's CMY+RGB SpectraColor color mixing system for some songs, for example when he needed a rich full red, but he also created a lot of looks using the 6-position color wheel "because it has such nice colors and it worked perfectly for what I needed," he said. "The zoom and color wheel are two important features that I think many manufacturers often underestimate but they were both quite good in the Monet."

Residency success
The Zappos Theater's wide design in which the audience is never far from the stage and the residency format clearly fit the band and production well. "Doing a residency was fantastic because we were able to work on our notes from show to show, adjust things and make changes to programming to optimize the show without the bother of a load in and load out. I loved it!" Nikitser exclaimed. "The house crew were great as well; they were super helpful, talented and motivated."

The "Sin City Nights" residency was a great success and reviews of the show were glowing, not only of the band's performance but also the lighting and production design. Following the May 6 show in New York City, Scorpions play European dates through July 15. 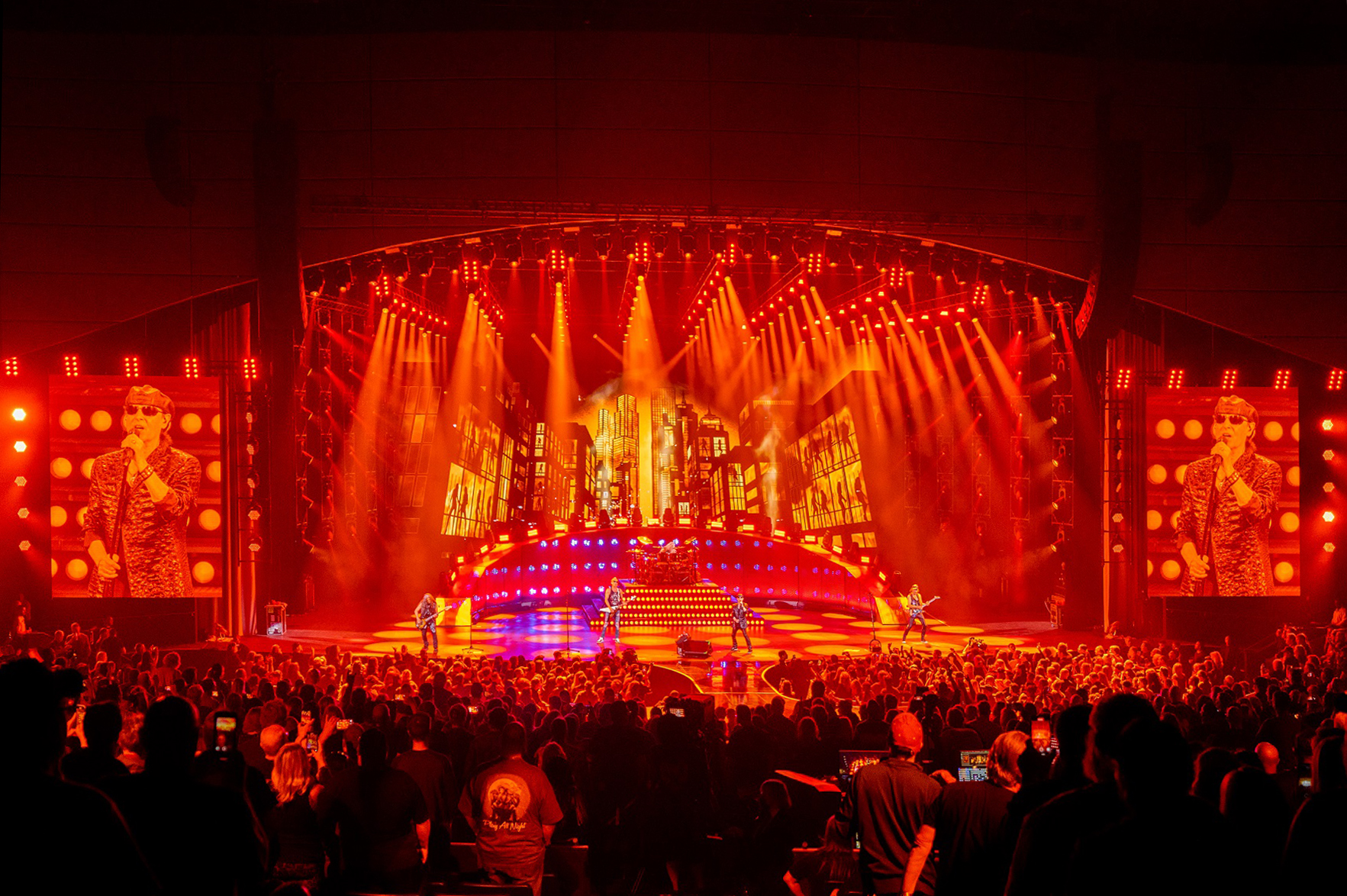 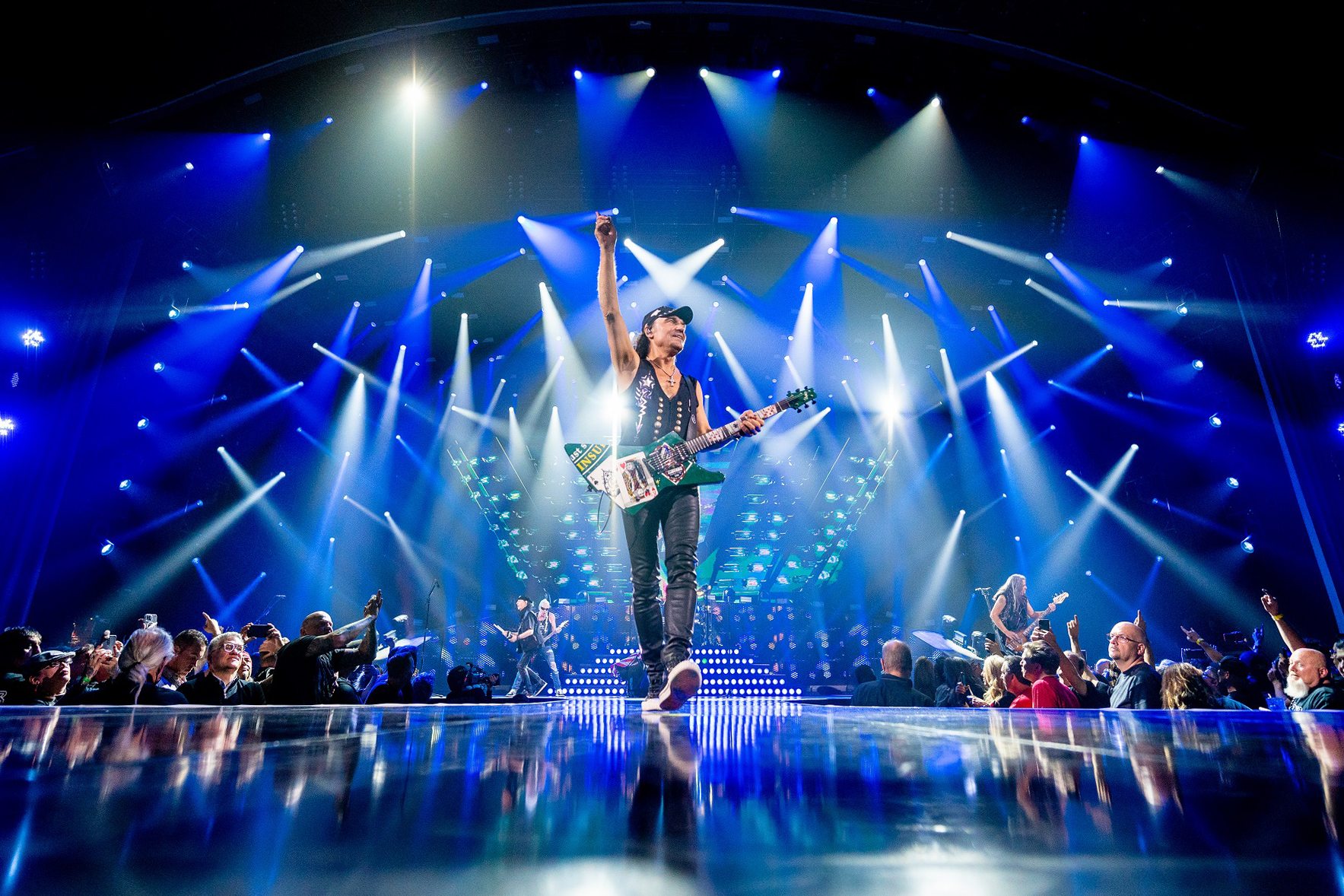 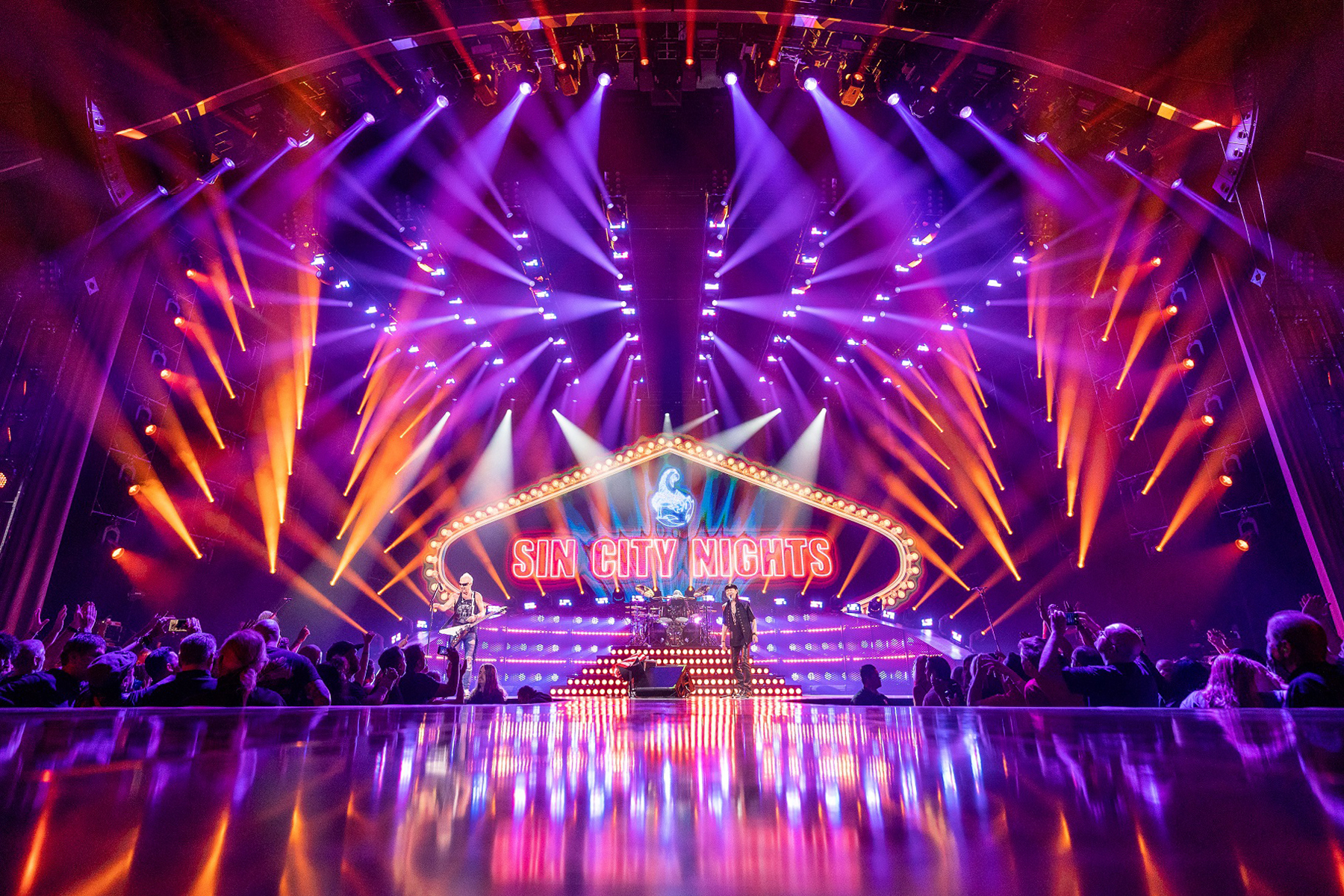 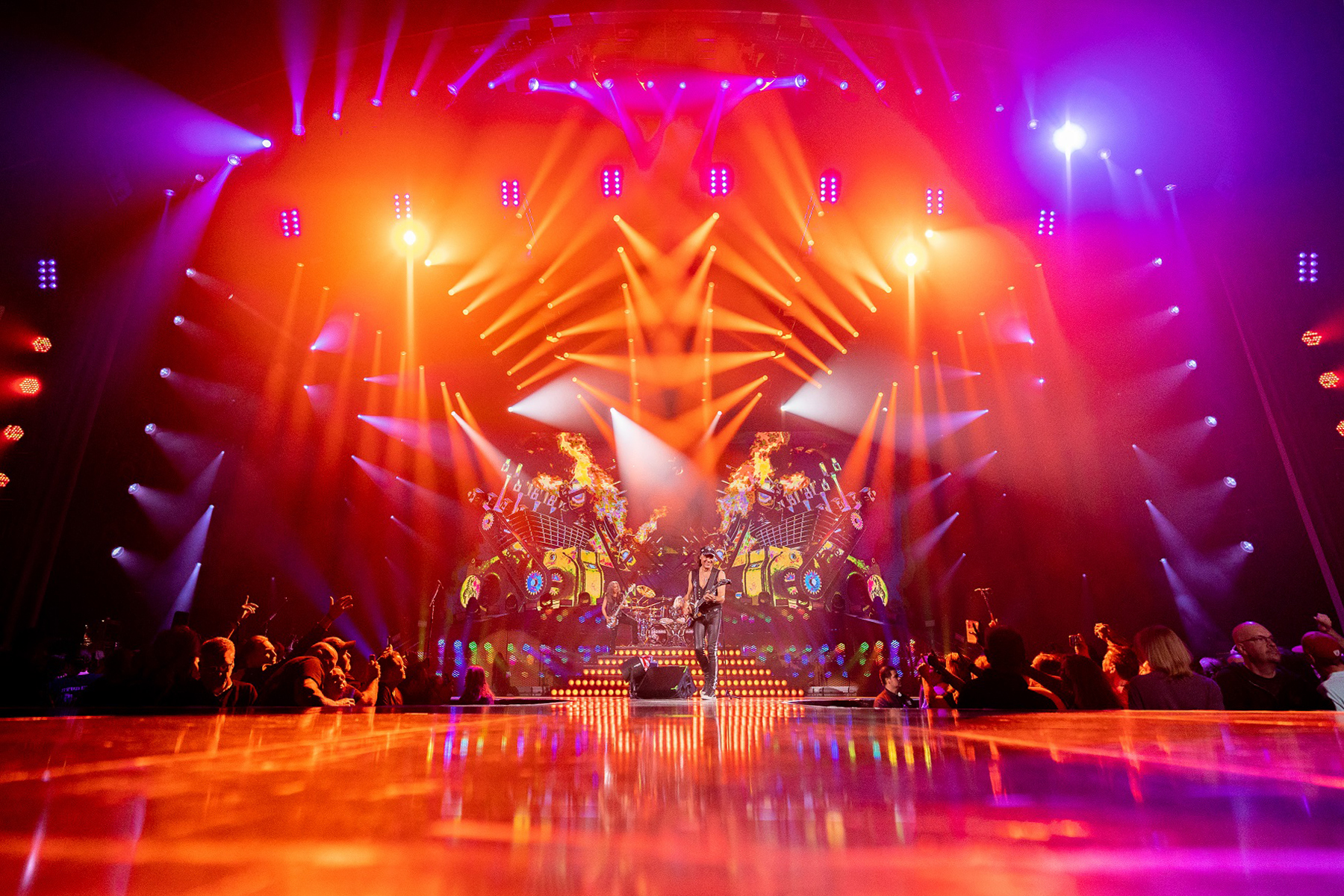