LOS ANGELES, CA — Justin Kitchenman of Align Design Group is using some favorite Elation lights on five-time Entertainer of the Year Luke Bryan’s “Proud To Be Right Here Tour” scheduled through October 16 with 35+ shows. The country music superstar is touring in support of his BORN HERE LIVE HERE DIE HERE album, which includes his recent smash single “Waves.” The song is enjoying its second week at the top of the country charts and brings Luke’s career #1 tally to 27. “Waves” is also the fifth consecutive #1 single off the project. In addition to the tour, fans can also see Luke’s original five-part docuseries Luke Bryan: My Dirt Road Diary, on IMDb TV, Amazon’s premium free streaming service out now.

Resurrected design
Kitchenman of Align Design Group had just gotten the Cole Swindell "Down To Earth" tour design out the door when Covid hit in 2020, then spent a year working on livestreams and other smaller projects. When he got the call this past April that longtime client Luke Bryan was planning a 2021 tour, he was understandably ecstatic. The LD, who has been designing for Bryan for a decade, had a design in place from last summer’s cancelled tour, a show he thought he’d never see realized. When the decision was made to pick up from where they left off in 2020, however, the design was back on the table. “I had come to terms last summer that that design was dead,” he said, “so I was thrilled when it was resurrected for this year’s tour.”

Out the door quickly
According to Kitchenman, the tour came together extremely quickly with a short two weeks between final tour approval and rehearsals in Nashville in June. “That’s when the ACL 360i fixtures came into play,” he stated. “We know what we can do with them and know they are reliable. They were also available so we could get out quickly and do shows.” The “Proud To Be Right Here” tour kicked off July 8th in Syracuse, New York, and plays mostly outdoor amphitheaters. “It was very much a team effort to pull it off in time,” Kitchenman said.
Lighting podsThe design features automated lighting pods full of Elation ACL 360i fixtures, the designer’s sixth year using the compact single-beam RGBW moving effects. The pods fill the space in concentrated beams of color and can be maneuvered to create a wide variety of looks. “Every year we break them out and they’re reliable. They just look awesome when we use so many of them.” Kitchenman, who is out with the tour as lighting director and also serves as production designer, uses 72 ACL 360i’s along with 8 DTW Blinder 700 IP™ 4-lites and 14 DTW Blinder 350 IP™ 2-lites.

“I’ve come to value the ACL 360i’s small size. You can stick them anywhere in the rig for an old school ACL look to big pods of light,” the designer said, and adds that they are also low power and don’t take up much data. Overhead, four pod trusses house 12 units each with additional units scattered throughout the floor. The pods are used in all sorts of configurations, for example lighting only certain fixtures or running a variety of chases. The pods also complement well a large backdrop LED wall. Nashville-based production provider Elite Multimedia Productions has worked with Luke Bryan from the start of his career and is supplying the lighting and LED video technology for the run.

DTW Blinders
Elation blinders have been a staple of Kitchenman’s Luke Bryan designs for years. This year he uses 8 DTW Blinder 700 IP and 14 DTW Blinder 350 IP – 4x and 2x 175W warm white/amber COB LEDs respectively – for audience lighting. Additional blinders are located throughout the rig, which he often uses as a complementary twinkle effect. “The DTW’s have the amber chip in them which gives a more natural look, closer to a tungsten lamp,” he stated. “The IP65 protection is also key as we do a lot of shows where they are exposed to the weather on the downstage truss.”

Gratitude
The “Proud To Be Right Here” tour is selling well and Kitchenman says he is extremely grateful for every week they are able to be out on the road. “We’re on the forefront in this new climate, proving that it can be done and can be done faithfully. The most important thing is to do shows safely and responsibly so we use an abundance of caution and take people’s wellbeing very seriously.”

That gratitude extends to the rest of the crew as well. He comments that once they got into the groove, it felt like they had never taken a break. “Everyone was excited to jump back in and we got everybody’s best effort and full devotion. No one was burned out; there’s been no gig fatigue. It’s worked out really well. I’m proud of this production and we’ve had great feedback from audiences, and Luke and his team as well.” 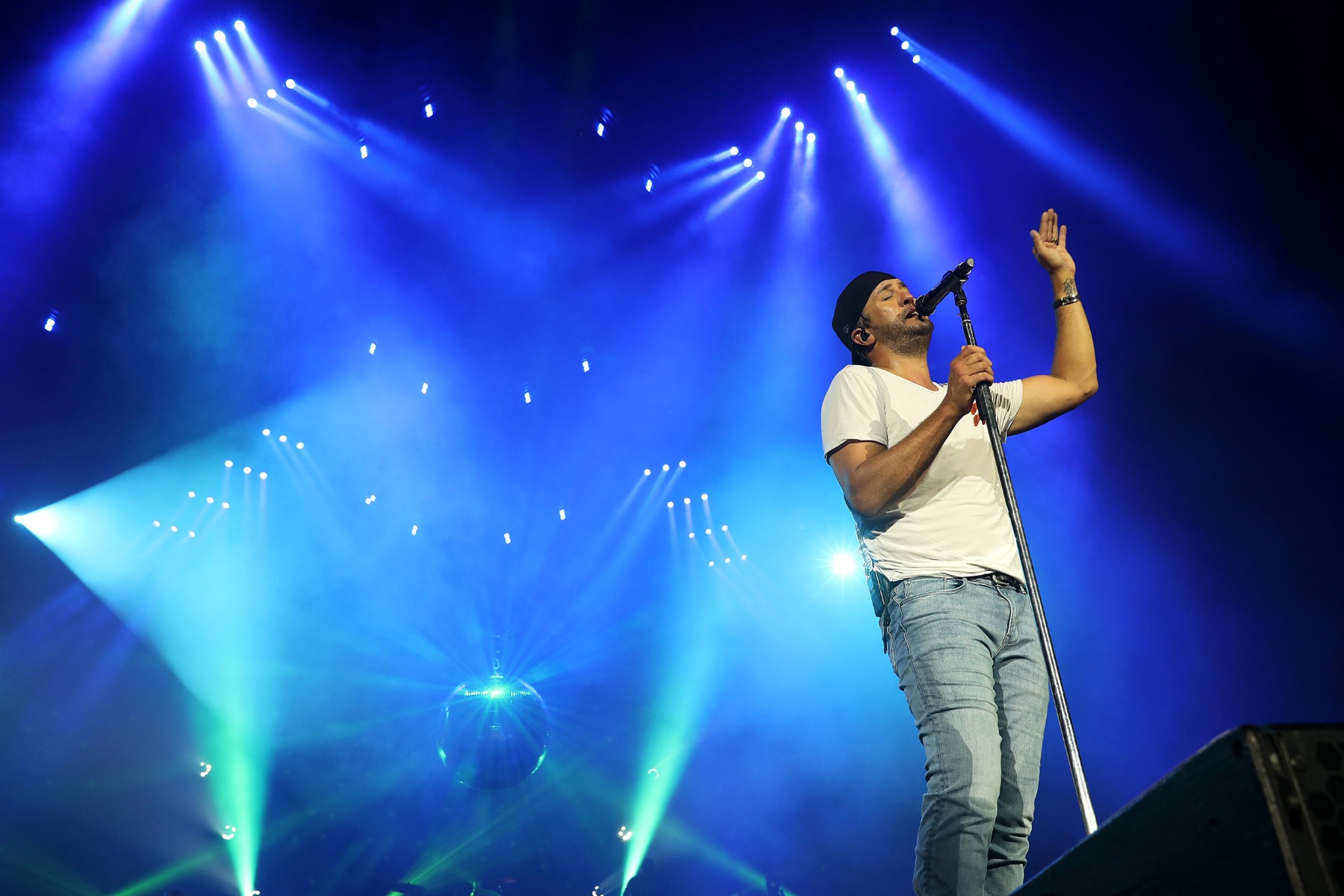 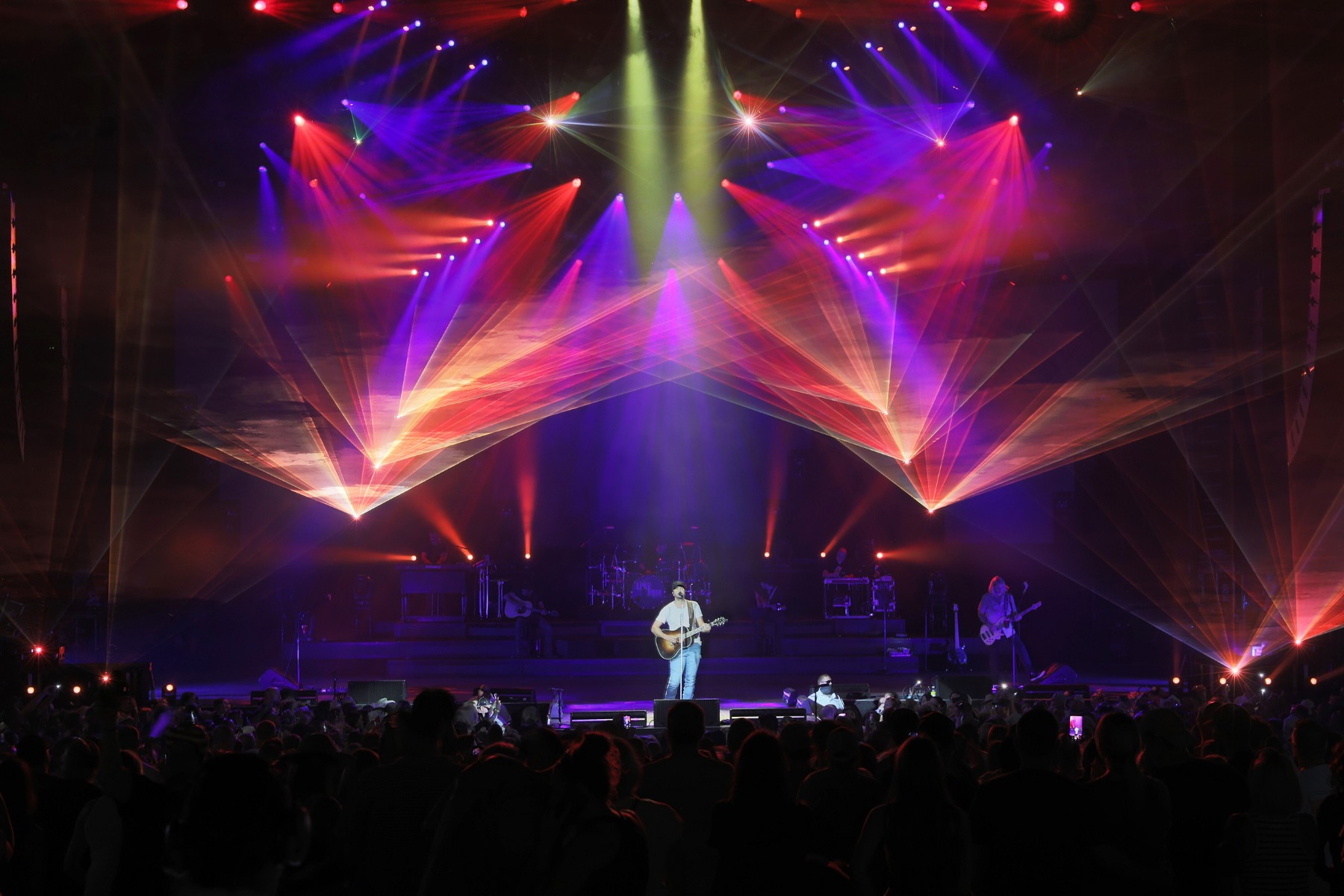 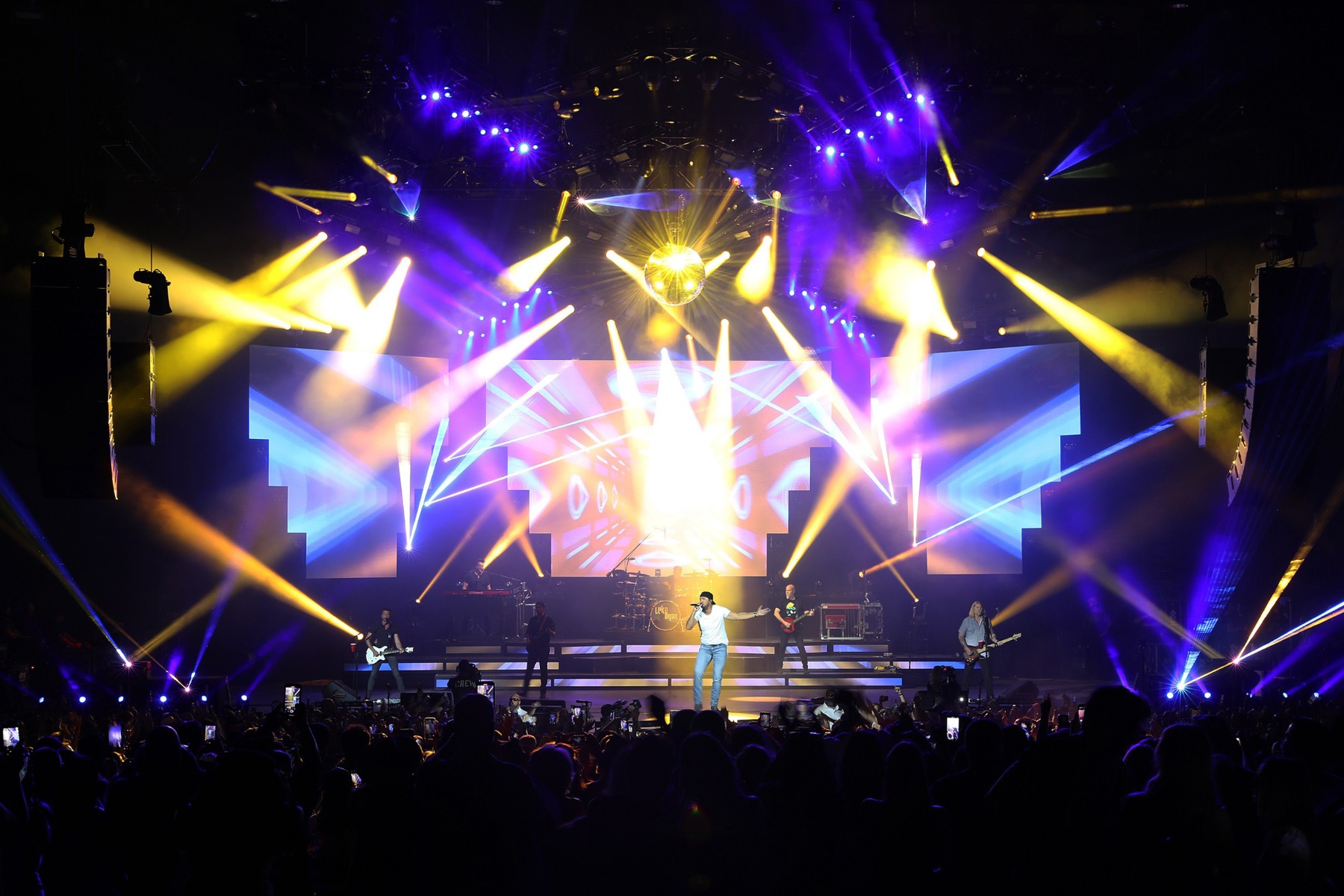 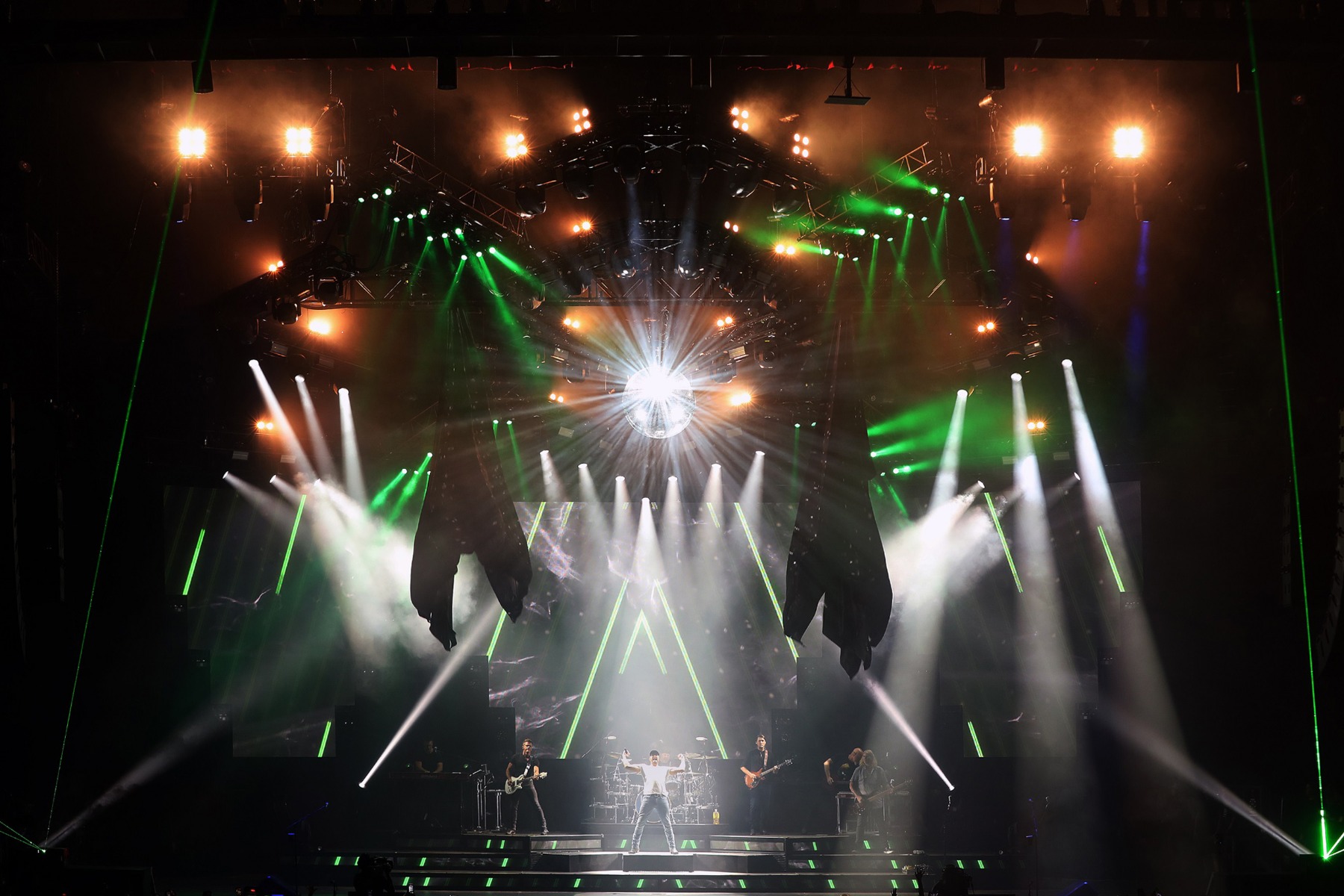