The Westside Theatre, one of the last remaining commercial Off-Broadway spaces left in New York City, has had an impressive lineup of productions on its marquee over the years, including a 12-year run of I Love You, You're Perfect, Now Change, a show that lighting designer Bradley King remembers seeing as a kid. King, known for his work on Natasha, Pierre, & The Great Comet of 1812 and Hadestown, for which he won Tony and Drama Desk Awards for lighting in 2017 and 2019 respectively, was back at Westside last fall, this time designing the lighting for the highly anticipated return to Off-Broadway of Little Shop of Horrors.

Little Shop of Horrors first premiered Off-Broadway in 1982 and audiences around the world have laughed and screamed their way through the play ever since. The intimate new production at Westside opened at the venue's cozy 270-seat upstairs stage on October 17 and ran until mid-March when Broadway went dark due to the COVID-19 pandemic. His first time working at the venue, two of King's principal luminaires used on the production come from Elation Professional's Artiste series of theatrical-grade moving heads.

"John Dunn [Elation National Sales Manager] gave me a demo of the Artiste Monet last spring, and I was impressed by a number of the features, principally the output and the secondary RGB color flags," King states. "At that point, the Monet was so new that we couldn't quite get enough to fill out the needs of the show, so he offered the Picasso as a supplement. I'm glad he did because the Picasso is almost a better fit in the space since the theatre's so small."

Located essentially FOH in the theatre's overhead grid-system, King describes the positioning and role of the Artiste fixtures on the show. "The Monets work as monster pipe ends for our show deck's apron, as well as low box-boom units that almost come in at head height. We also have a Monet at center FOH that operates mainly as a movable special. The Picassos are spread out a little more in concert with the Monets, mainly filling out crosslight and box boom system ideas." The designer adds that the theatre is too small for followspots, so there's a position of five Picassos on a downstage FOH pipe that are constantly picking out actors "in a very followspot-y fashion."

King remarks that his use of light in musicals tends to be very kinetic, requiring fixtures to do a lot and do it quickly. "Little Shop is such a fun piece, and Michael Mayer (director) and I thought it was important to honor its B-Movie horror roots. So a lot of the numbers make liberal use of a wide range of color palettes. Not to say there aren't subtle moments, but we run the gamut from pretty sunset pastels during numbers like Somewhere that's Green to some really acidic color choices during Feed Me (Get It) and Suppertime."

Little Shop is an entertaining and infectious musical romp with ample opportunity for creative use of color, and color is just what Elation's 45,000-lumen Artiste Monet excels at. Housing an innovative SpectraColor color mixing system that combines CMY with RGB and variable CTO, the Monet LED profile produces color combinations that have traditionally been hard for LED luminaires to achieve.

"It was almost TOO many color options!" King exclaims of the 7-flag SpectraColor system. "But we made really cool use of the green flag to mix some colors for Audrey II that you just can't get out of a traditional CMY mixing system." Audrey II is an evil and boisterous flytrap-like extraterrestrial plant that plays a central role in the play. "I use the variable green filter on the Monets quite a bit, especially to highlight Audrey II. There's also a few times when I roll it in just a bit, around 20%, in the finale to put a sickly hue onto the urchins. It's punchier and more delicious than a version you would get from a Cyan/Yellow mix."

Besides color accuracy, speed and brightness, King identifies the Artiste fixtures' dependability as key, an important consideration when a play proves so popular it has an open-ended run. "Reliability is absolutely critical when you're running eight shows a week with little downtime and a skeleton crew that's not always able to turn around a fixture swap quickly if need be," he says, adding that the Artiste units are used continually throughout the show. "Every light in the rig serves at least ten functions. I'm not big on unitasker lights!" Lighting vendor for Little Shop of Horrors is PRG. 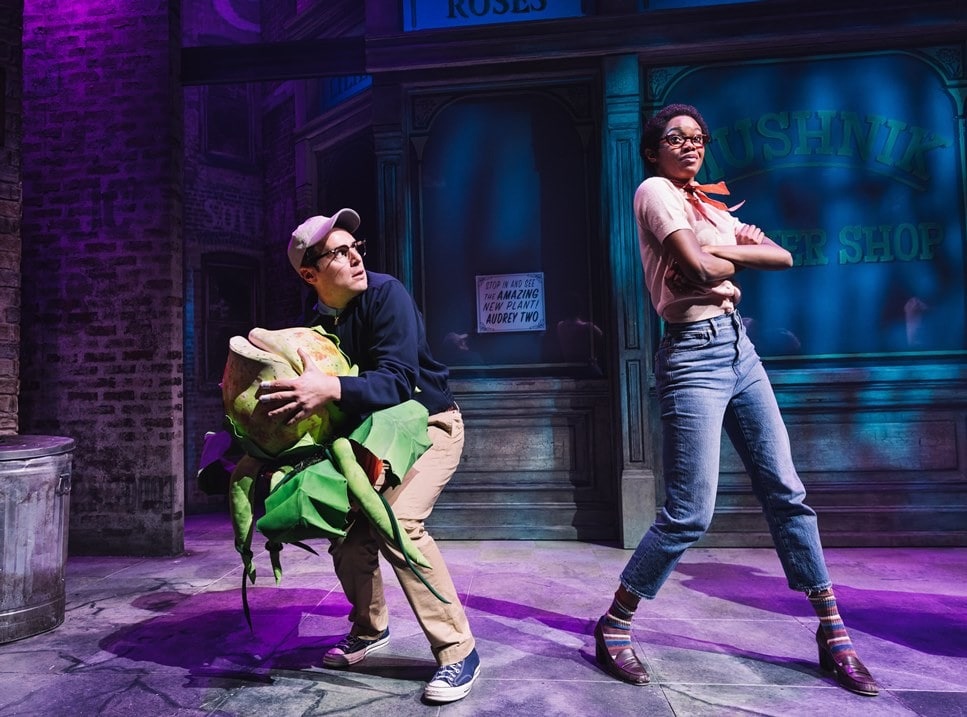 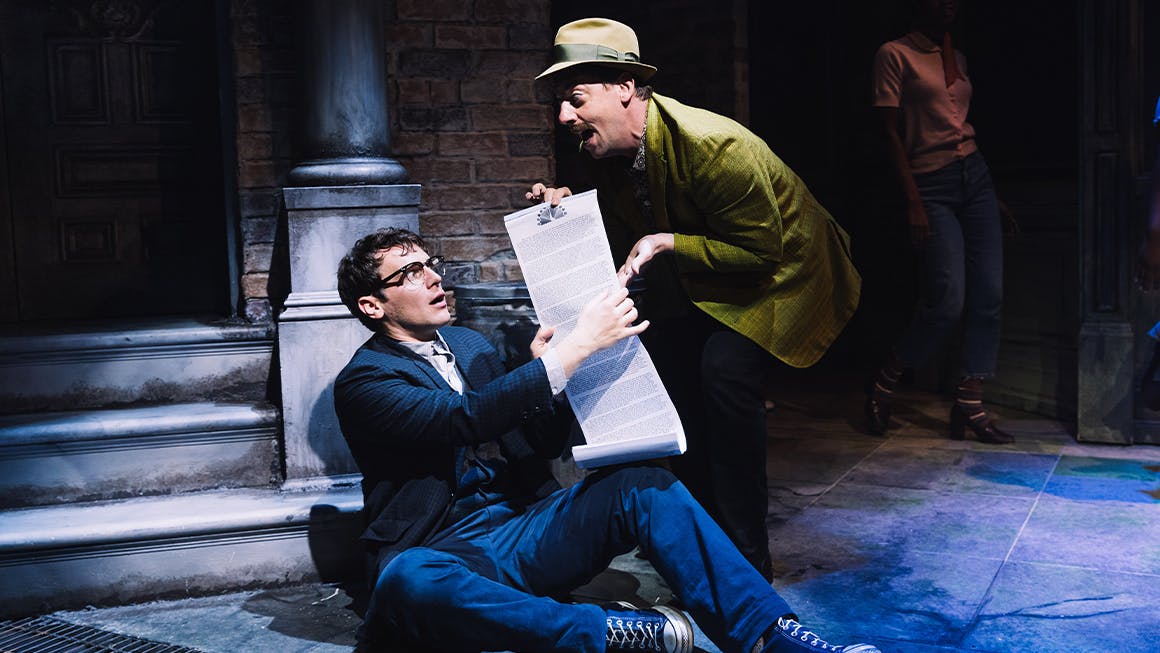 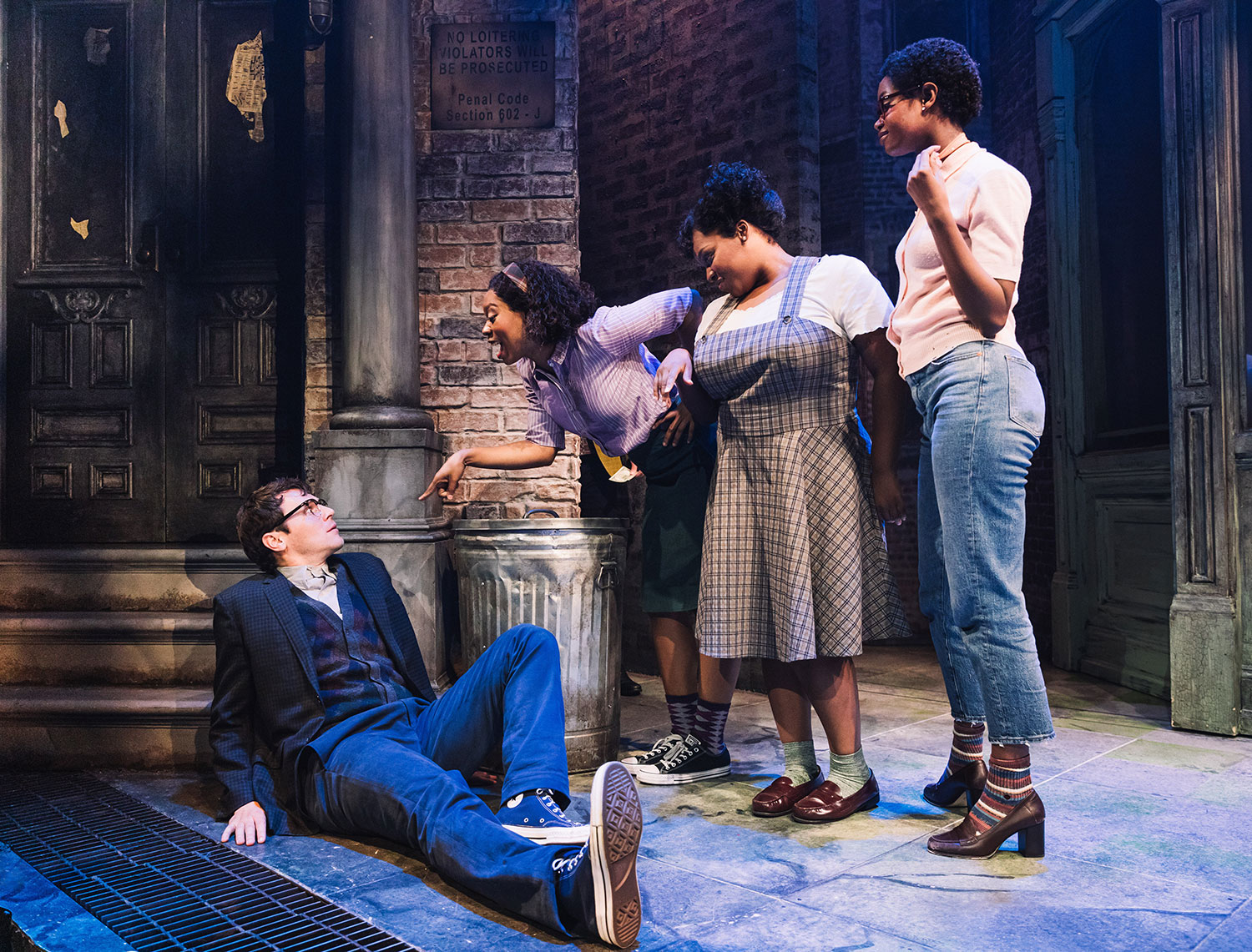 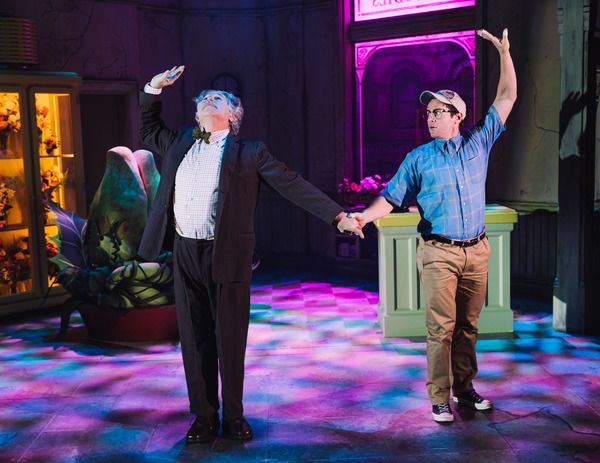