Live outdoor performance venues don't get more iconic than Southern California's Hollywood Bowl. A premier destination for live music since 1922, the Hollywood Bowl has hosted a litany of stars over the years and serves as the summer home of the Los Angeles Philharmonic. This summer, the LA Phil and a host of other artists - some playing together with the orchestra such as Christina Aguilera - are performing beneath a seasonal lighting rig at The Bowl that includes Elation Artiste Monet LED profile luminaires.

Full-service lighting company Volt Lites of Southern California has supplied 50 of Elation's award-winning Artiste Monet fixtures to The Bowl after adding the LED profiles to its inventory earlier this year, a shipment that joined other Monets already in stock. IATSE Local 33 installed the seasonal house package at The Bowl, whose summer schedule debuted in May and carries through to the fall. Volt Lites is providing lighting support.

LA Phil's first fully automated rig
Volt Lites, based in Burbank, has worked with the Hollywood Bowl for years on various tours and one-off specials. Company co-founder Matthew Shimamoto says this summer season is the first time the LA Phil has gone with a fully automated lighting system, having eliminated a number of old Fresnel and tungsten lights. "They are very thorough in their process about what product they want to put in there," he says. "Following a shootout with various LED profiles, they decided on the brighter Monet and have been ecstatic with the choice so far."

Stands on its own
The 45,000-lumen Monet ticked several boxes when Volt made the decision to acquire an LED fixture that was a direct alternative replacement for a high-powered arc source. "Other fixtures were not able to compete with the Monet as far as color," Shimamoto remarks, referring to the Monet's CMYRGB + CTO SpectraColor color mixing system. "The fact that the framing system is continuous was really unique and the gobos are phenomenal as well."

The Hollywood Bowl encompasses traditional front, side and back light positions along with an angled halo catwalk and four turret positions. Monet fixtures occupy the overhead electrics, side wings and the halo with Monets with rain coverings exposed atop the two closest turrets to the stage. "The fixture really stands on its own. From intensity and color to texture and the other features packed into the product, it elevates The Bowl's lighting to a new level," Shimamoto said.

Win-win
The Hollywood Bowl is one of the most magical places to see a show and for Shimamoto the opportunity to share the new rig with incoming LDs is gratifying. "For us it's not only a joy to have a new piece of technology in a classic venue that's been around for so long, but very satisfying to bring that experience to other lighting professionals who may not have had the opportunity to use the fixture before."

One of the largest natural amphitheaters in the world, with a seating capacity of nearly 18,000, the Hollywood Bowl plays host to the finest artists from all genres of music. The LA Phil, who also perform at the Walt Disney Concert Hall and the nearby Ford amphitheater, are presenting an inspiring array of music at the Hollywood Bowl throughout the summer and fall under their new Artiste Monets. Shimamoto concludes, "It's always refreshing when you go into a well-oiled performance venue that invests the time and effort into all the solutions that make a day at The Bowl special. It's a win-win and a dream come true for us to be a part of it." 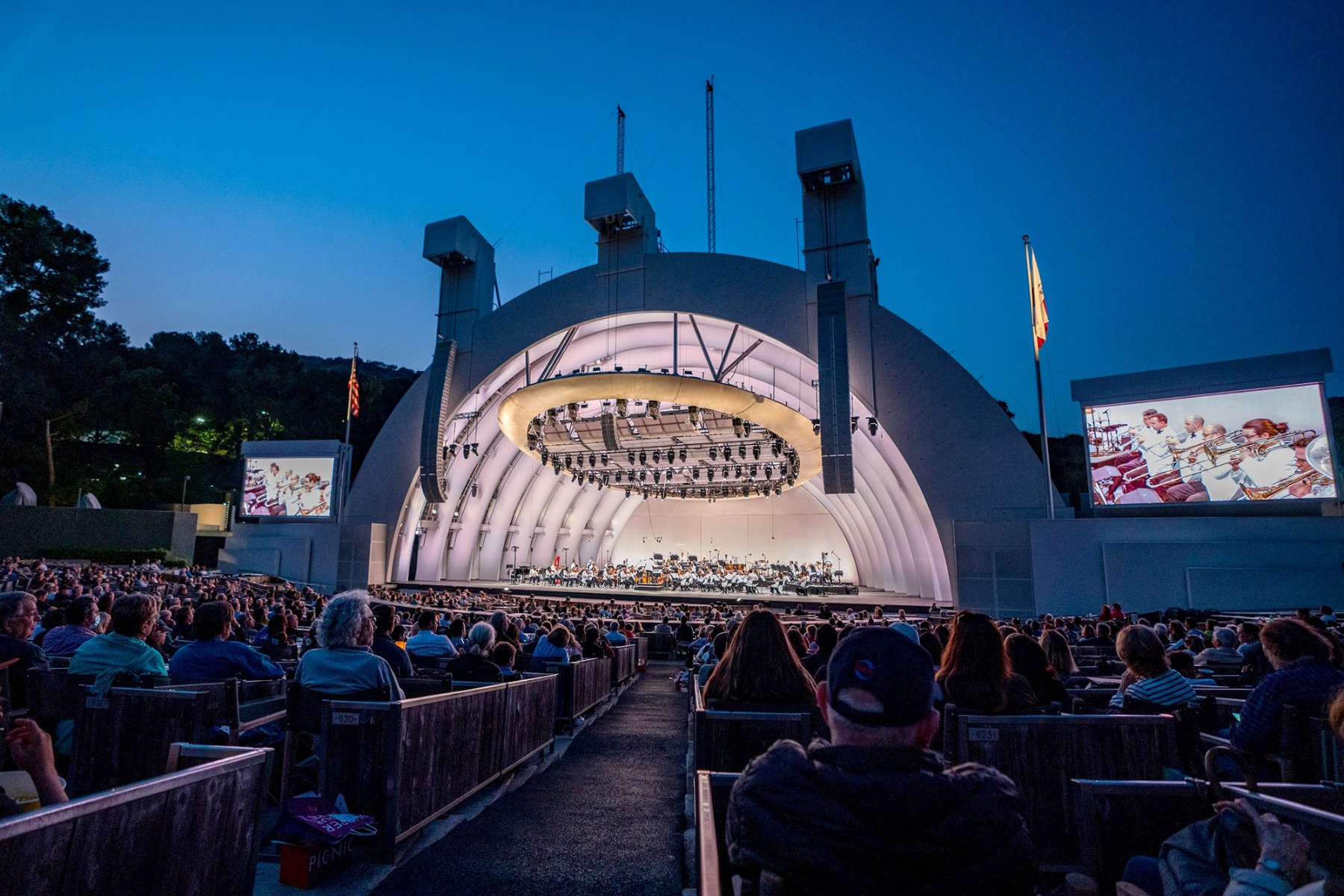