"It's the only fixture that would have worked for this," he said, explaining that he needed a powerful, IP65-rated lighting fixture he could place every few meters along very difficult terrain full of snow and ice, something that could tolerate the harsh environment of the Austrian Alps, including subfreezing temperatures. "The Proteus Hybrid is tough. It's weatherproof, bright and reliable, the ideal fixture for this type of event."

Produced by creative agency DREINULL and event lead agency DIE_FAVORITEN, Moylan handled lighting design for the event together with DREINULL, who came up with the lighting concept and initial design. According to the LD, the lighting brief was quite clear - a forest of beams that could react to cars as they drive along a narrow, winding mountainous road. He explains: "The cars would drive past sensors which would then trigger a number of lights to move and pass their beams over the car. Pure cyan from the Proteus remained bright enough to show clear beams while giving the forest a magical, otherworldly look. Once the cars had passed, the lights would point back to the ground and await the next car." Rows of Proteus Hybrids lined the route with a line of fixtures perched atop a rock wall at the end of the road drawing special attention to an end-of-the-day party with a fan of beam effects visible across Kitzbühel and the valley below. Some 210 Proteus Hybrid units were used.

Technical service provider for the event was AMBION GmbH whose expertise helped overcome a number of challenges. "Some of the trail was nearly impossible to mount anything on - this is where Ambion came in with their special construction force," Moylan said. "They connected the entire mountain, built all the special mounting structure for the lights, and developed and networked the sensors, which the cars drove through!" Lighting programming was completed by Moylan.

The Audi Guest Experience ran parallel with the Hahnenkamm-Race-Weekend, World Cup Skiing's iconic alpine ski race that attracts some 100,000 spectators each year. Last year, the German automaker drove a modified e-tron up the area's famous "Streif" downhill course, regarded as the most demanding racecourse on the World Cup circuit. 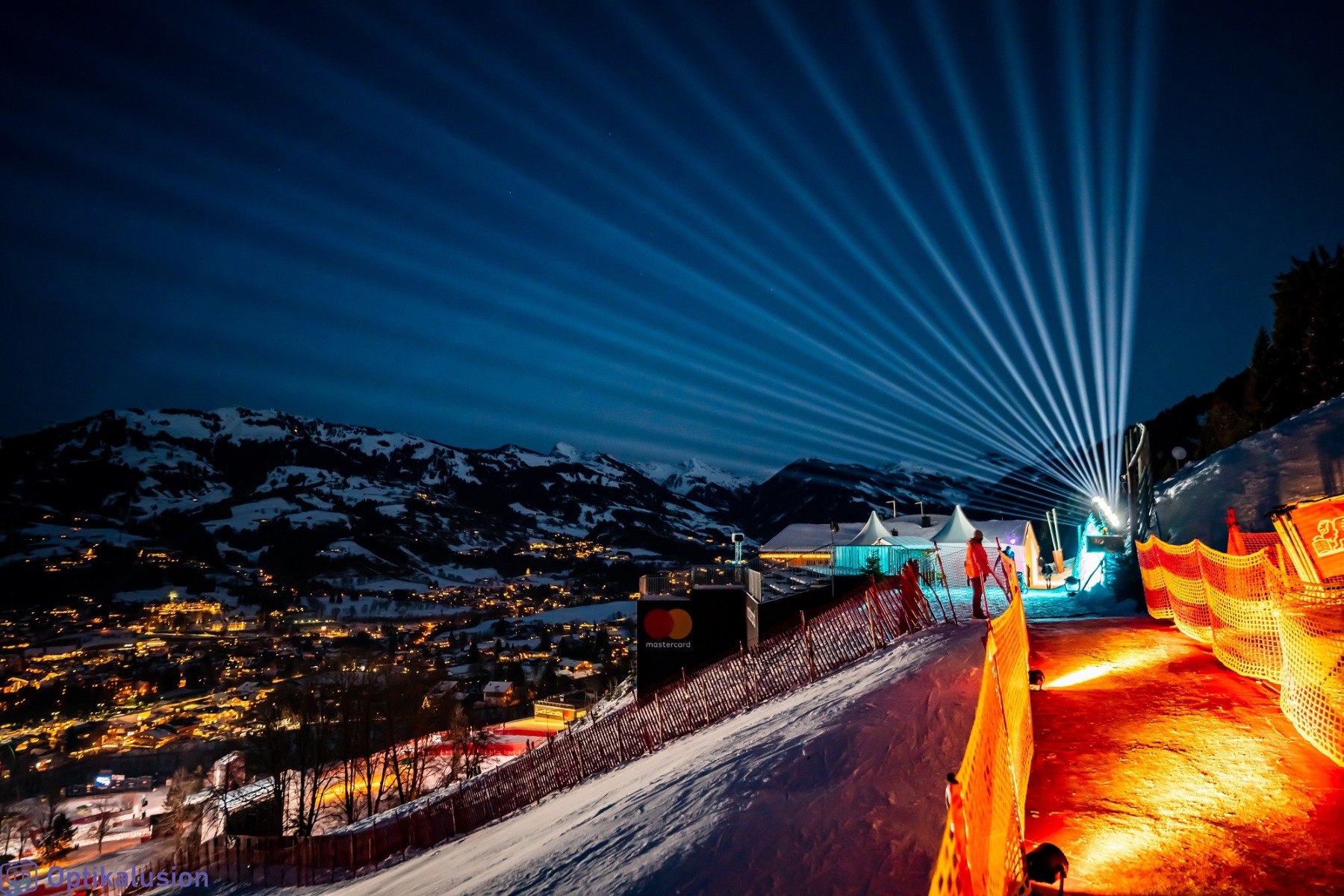 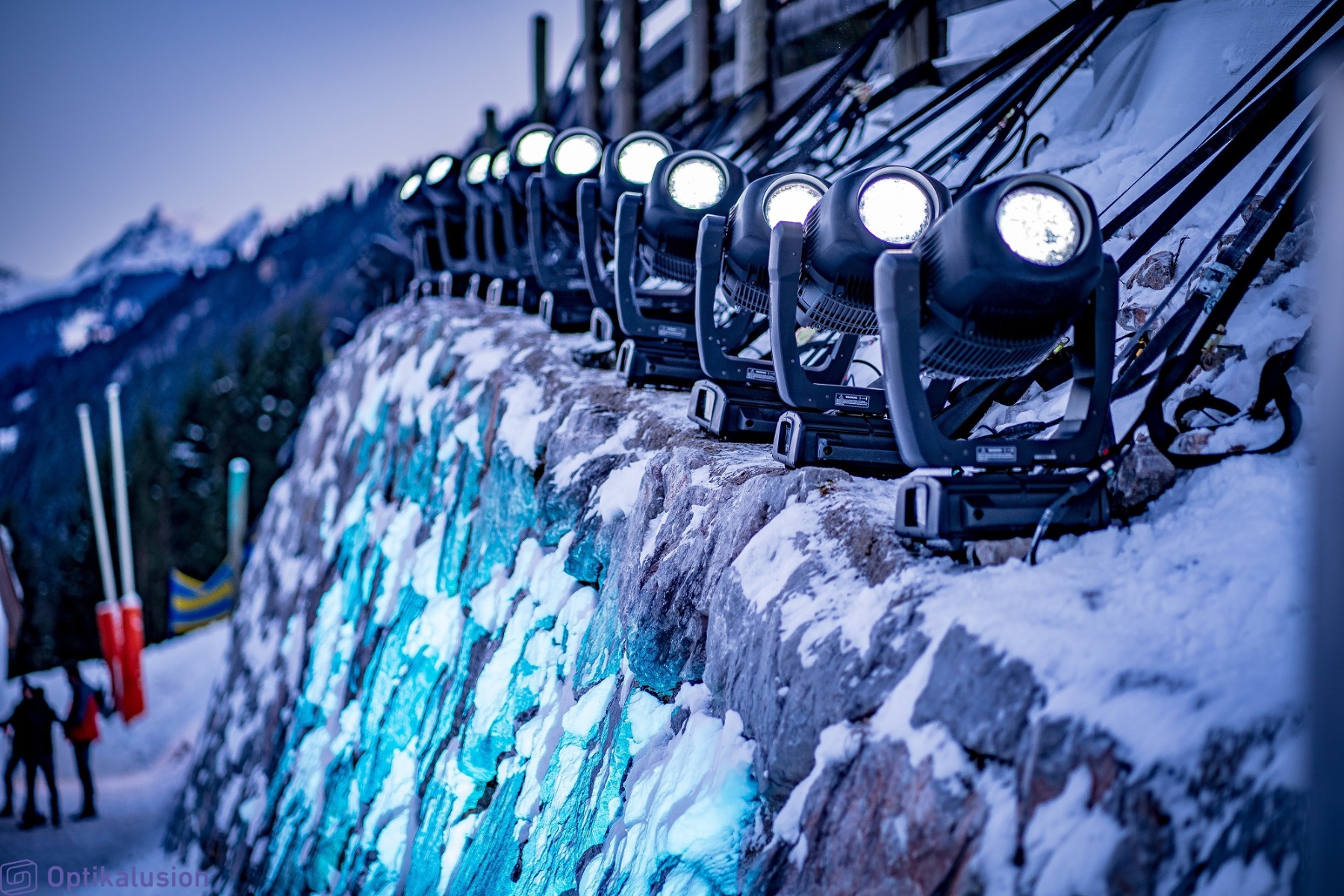 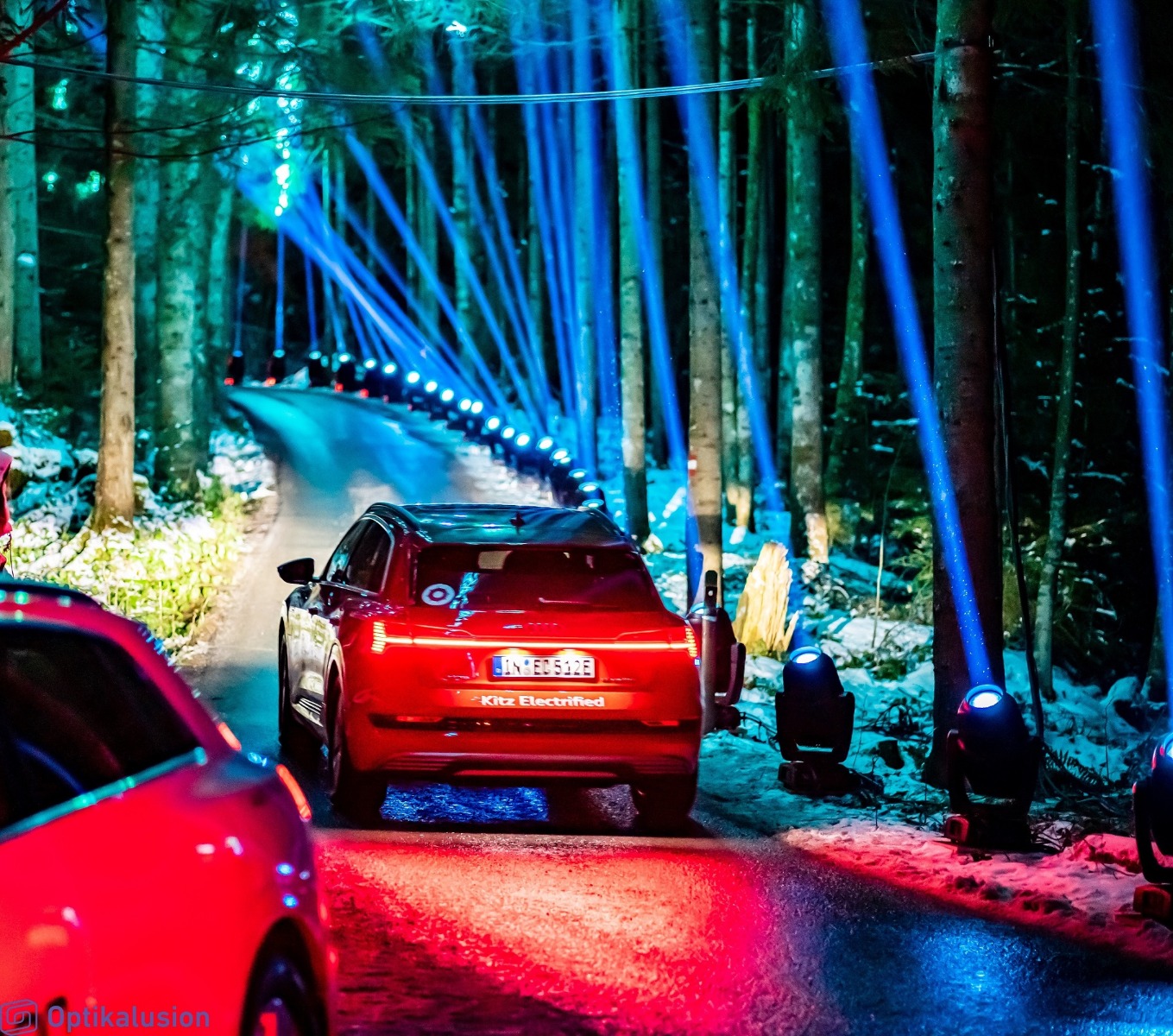 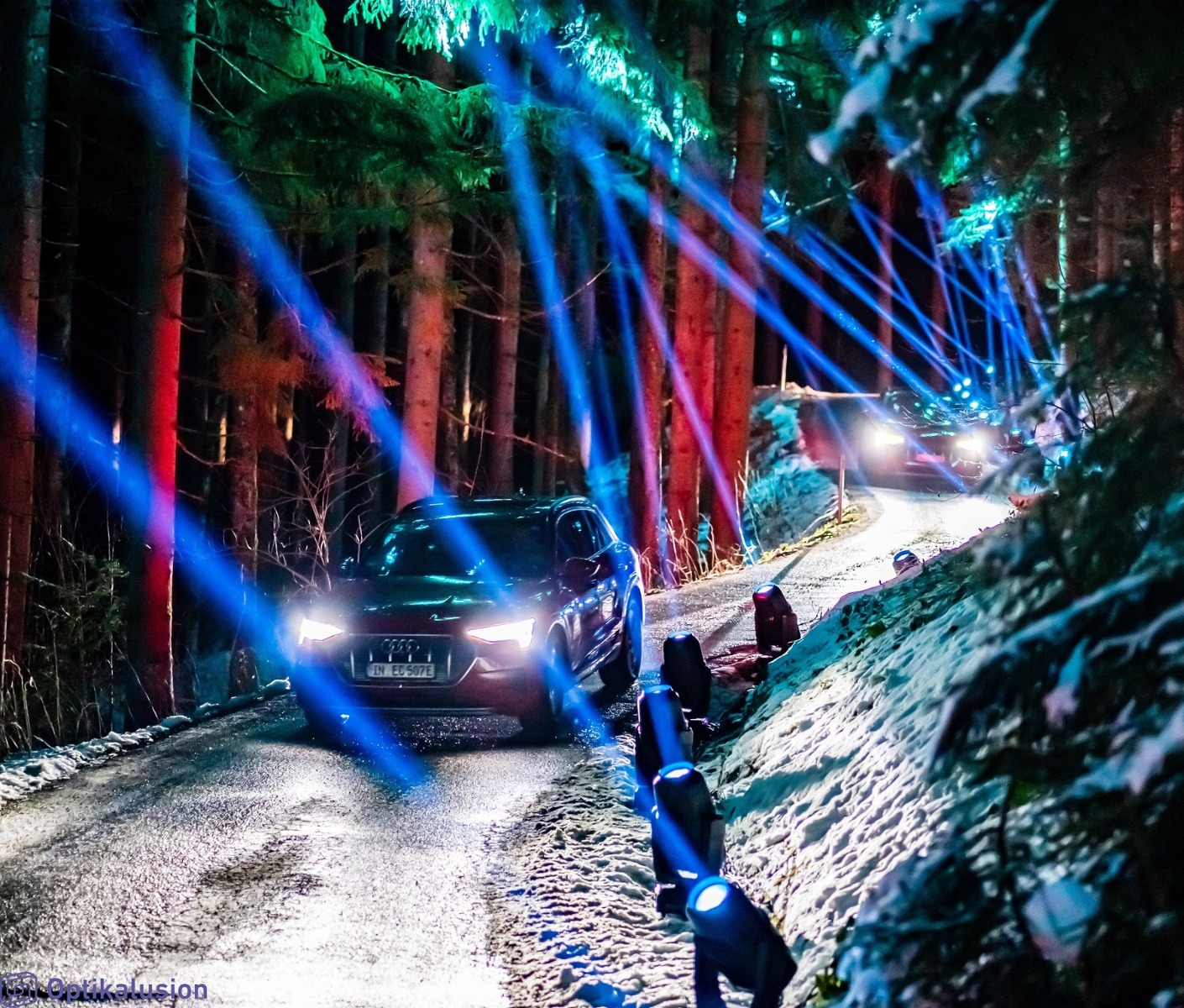