In September, the International Motor Show (IAA), the world's largest trade show for passenger cars, took place for the first time in Munich as a new concept, IAA Mobility, focused on future-oriented mobility. TLD Planungsgruppe GmbH was responsible for the lighting design, among other things, for the Mercedes-Benz presence and chose Elation KL series luminaires as the high-quality lighting solution.

The Mercedes-Benz stand was an impressively staged space spread across 3,000 square meters with a total of eight vehicle premieres and the auto manufacturer's electromobility portfolio presented to the specialist audience. "With the new IAA mobility concept at the Munich location, the focus was on solutions on the way to climate neutrality, which also included implementing the manufacturer's presence as sustainably as possible," reports project manager and lighting designer Alexander Orkisch from TLD Planungsgruppe Office Stuttgart.

In keeping with the green approach, TLD decided to use trend-setting LED lighting fixtures only. In order to support the studio character of the stand architecture and to 'calm' the ceiling image, TLD relied exclusively on one product family, the KL series from Elation.

"Vehicles and exhibits were staged with KL Fresnel 8 CW™ (Cool White) fixtures, while we worked with the warm white variant for walls and the atmospheric lighting. The very high color-rendering index and the enormous light output of the LED Fresnels were virtually in no way inferior to classic illumination with metal halide lamp technology," Orkisch confirms. "Compared to conventional lighting, CO2 emissions could be reduced by half at the same time."

KL Fresnel 8 FC™ (Full Color) fixtures ideally supported the design concept, as Alexander Orkisch explains: "In sync with the LED video display with its individual chapters, the surrounding walls and the atmospheric lighting in the respective color worlds became an immersive experience." The full-color spectrum variant of the KL series was ideally suited for this. "Thanks to the possibility of precisely setting the color and color temperature of the KL Fresnel 8 FC, we were able to atmospherically transfer the campaign colors from the different film chapters into the immersive space." Due to the short construction time on site, the entire staging was pre-visualized in an in-house studio.

A total of almost 400 LED lights from Elation's KL series were used on the project. The technical service provider for the trade fair was Sound & Light from Leonberg. In addition to Mercedes-Benz, TLD Planungsgruppe GmbH oversaw six other presentations from well-known automobile manufacturers at the car show. Some 20 employees from TLD's Pool of Experts covering various fields and disciplines were on duty at IAA Mobility in Munich. Richard Profe and Alexander Orkisch were responsible for the entire lighting design for Mercedes-Benz, from draft to implementation. 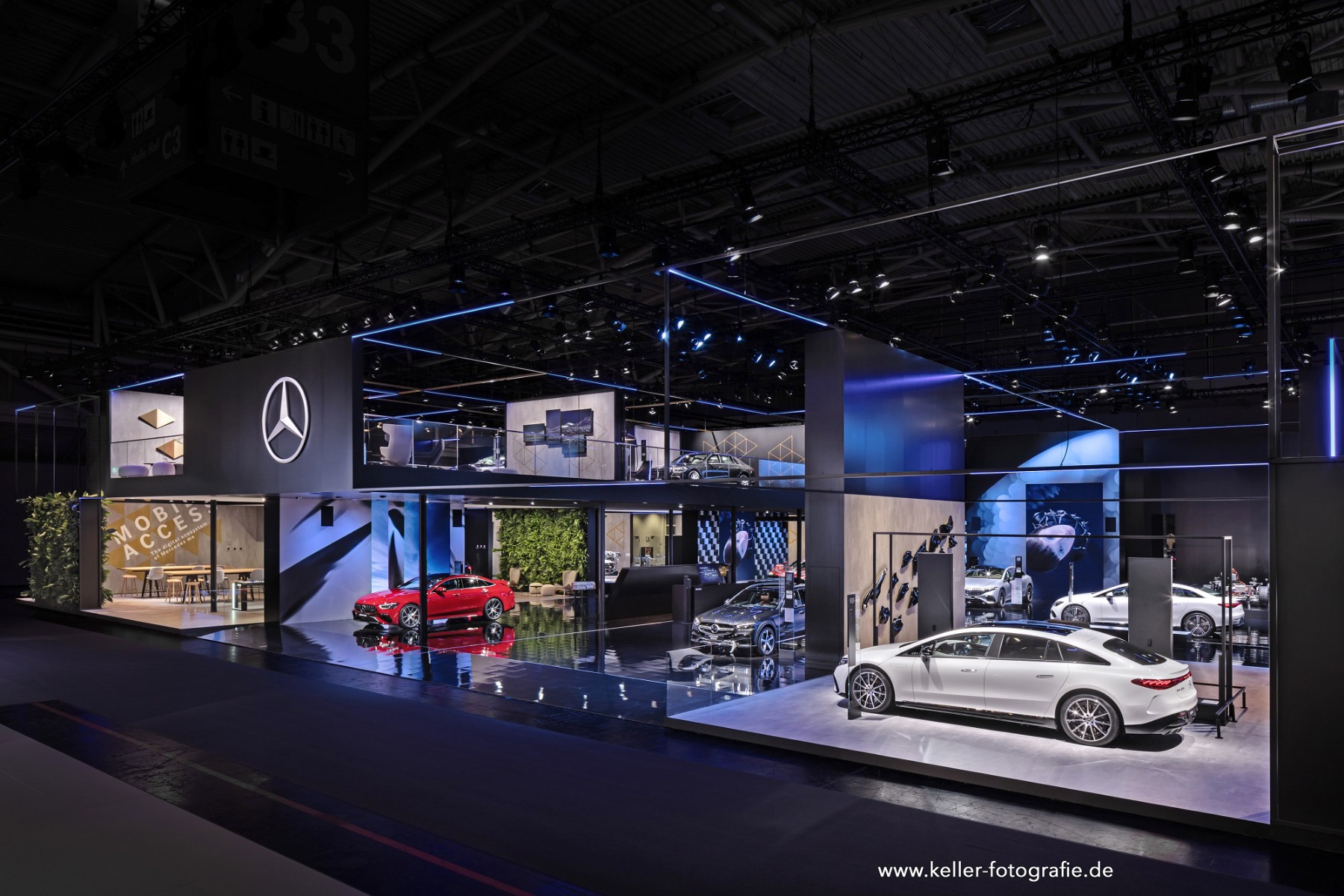 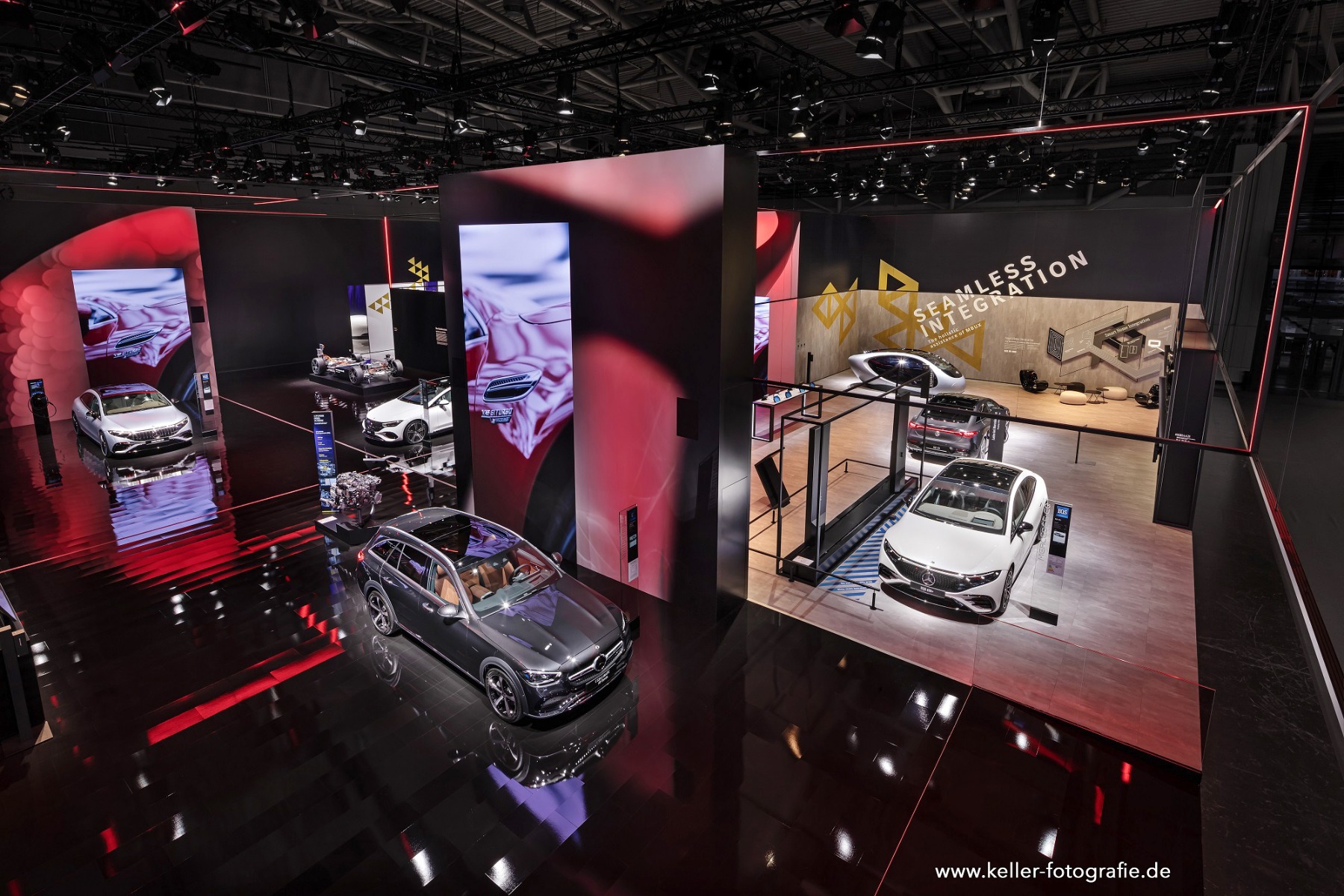