The Mall at University Town Center in Sarasota, Florida, is a shopping paradise with over 100 stores and 20 dining options that attracts multitudes of patrons year round. This past holiday season, the mall retired its smaller Christmas experience from years past and debuted a spectacular new holiday light show as incentive for customers to forego stay-at-home shopping and visit the mall instead.

Justin Stancil of Stancil Entertainment was contacted to design the lighting spectacular and turned to the ONYX platform from Obsidian Control Systems to control the massive system. "The client called saying they had a vision to do a big light show but had no idea how to achieve it," Stancil shares. "I got the call in August and we designed a complete system - advanced pixels, intelligent lighting, control, hardlined and wireless networking, and automation."

The lighting canvass, spread across a huge area a quarter of a mile square, included 200 palm trees covered in 1000 pixels each, a 50-ft Christmas tree with 800 pixels, and a 34-ft tree also covered in pixels. Four Elation Proteus Hybrid™ luminaires washed the main Christmas tree in color, along with other wash fixtures, and fireworks were added on some finale shows for an extra burst of excitement. Stancil put together four unique shows, all about 10 minutes long, which ran every half hour between 6:30 - 9:30 pm, seven shows a night. The official launch of the new son et lumiere took place on November 19th and shows ran nightly through January 3rd.

ONYX system
Lighting was controlled via a setup that included an ONYX PC and NX4™ lighting console embedded with Obsidian's DyLOS™ pixel composer. Twelve NETRON EN4 and two NETRON EN12 nodes, also from Obsidian, were used for data distribution. Stancil worked with Russ Brown at Freed Sales out of Orlando to secure the Obsidian equipment for Benderson Development, the development company behind the mall.

Stancil ran a custom version of ONYX with 255 unlocked Universes. The show, which used a total of 215 Universes, included a combination of effects from the ONYX console's built-in DyLOS pixel composer, as well as its regular effects engine. "Because we patched every pixel in the show individually, this gave us the freedom to use DyLOS with its factory content to map video to the pixels, but also allowed us to use the standard effects engine to do precise, mathematical per pixel effects as well.."

The designer says he did not want to treat the pixels as a giant video screen using a traditional media server because of the limitations in working with video files. "If you want to do very precise, per pixel effects it is difficult," he says. "It is much more time consuming to render video files for all effects in your show, especially when it is a less precise method to creating effects with pixel lights like these."

DyLOS
Integrated into the Onyx platform, DyLOS is an intuitive toolset of media composition, effects, animations, and text generators that isn't overly technical and eases the creative process. "As far as a pixel composer in a lighting console, there is nothing like it. Right within ONYX and DyLOS I can treat a fixture as a standard light that color mixes but I can also treat it as a pixel in a video wall. I don't see any other consoles like ONYX that can have this type of power in an all-in-one solution."

It also saves space in what for Stancil was an already full control rack. "If you're only mapping pixel lights, and don't have any video screens, then I don't see the need for a video server to run this type of show when you have a powerful engine like DyLOS."

Network
The Mall purchased about 250,000 pixels in total for the installation, all in 50 or 100 node configurations. Using a star network configuration, IDF boxes on every major rooftop contained a Ubiquiti* UniFi Layer 3 switch for the pixels and pixel controllers, a mini battery backup and a NETRON EN4 node, meaning they had 4 Universes to add more lighting from each box location. All IDF's on rooftops adjacent to show control were wired with TAC fiber, but all other locations that were too far and did not have underground conduit were fed via wireless network antennas. Audio and sACN data was sent to the pixel controllers and sACN data to the NETRON EN4 and EN12 nodes with no latency whatsoever. "The mall is about 1000 ft away from one of the network antennas and everything was timed perfectly," Stancil comments. "The versatility of the wireless antennas is so great that it allows us to expand the show to other areas no matter how far they are. We could easily send sACN, AoIP, and other VLAN data over a mile away from show control."

Handles big shows
Stancil, 23, says he has been an ONYX user since high school (then called the M-Series) and has seen it develop enough that he doubts he'll use anything other than Onyx in the future. "With other consoles you need additional hardware and licensing to get more Universes but with ONYX you have 128 Universes in a single key/console/PC and can plug in as many NETRON nodes as you like to output as many Universes as you need. This project really shows that ONYX can handle a show of this size and I hope it opens the door for us to do larger shows."

Support on a project of this magnitude is key and Stancil expresses his appreciation. "In all of the technology I've worked with over the years," he says, "I have never experienced the type of support I've gotten with ONYX. A lot of this would not have been possible without that level of support we received from the Obsidian team and Product Manager Matthias Hinrichs. That is a testament to the level of passion they have about their work. I am a perfectionist when it comes to my projects and designs, and it is a breath of fresh air to be able to work with others at ONYX that share the same passion."

The lighting install was so massive it could only be seen in its entirety from above so Stancil took drone footage and had fifteen cameras set up around the installation, also to make sure that everything ran correctly. Viewable both from a car or on foot, the light shows proved extremely popular and storefronts and restaurants, many with outside seating, were pleased with the heavy draw. "People who drove by would stop to see the show and the line of cars on nearby streets was tremendous. At times, there were so many people on foot it was hard to get from one area to another." 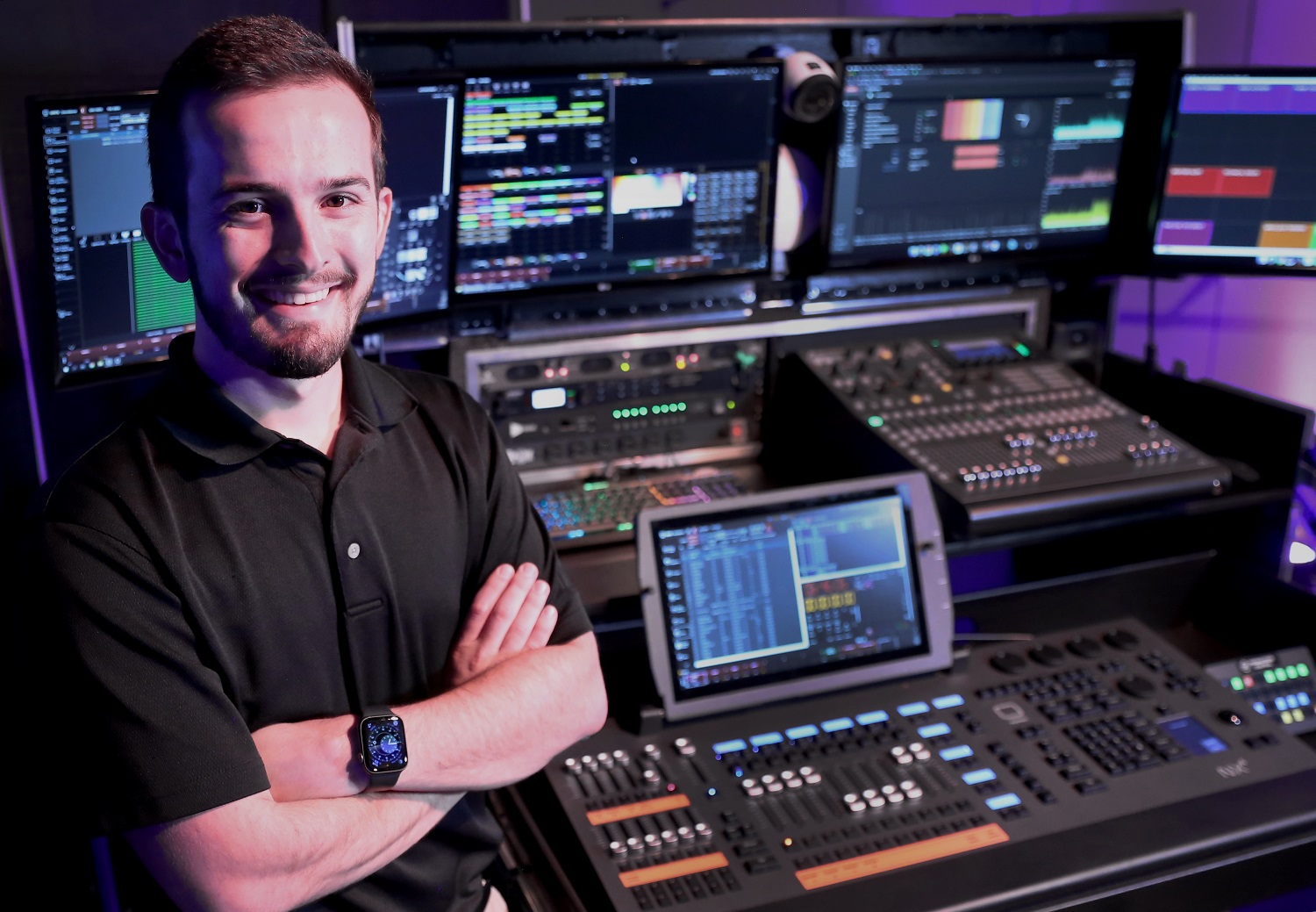 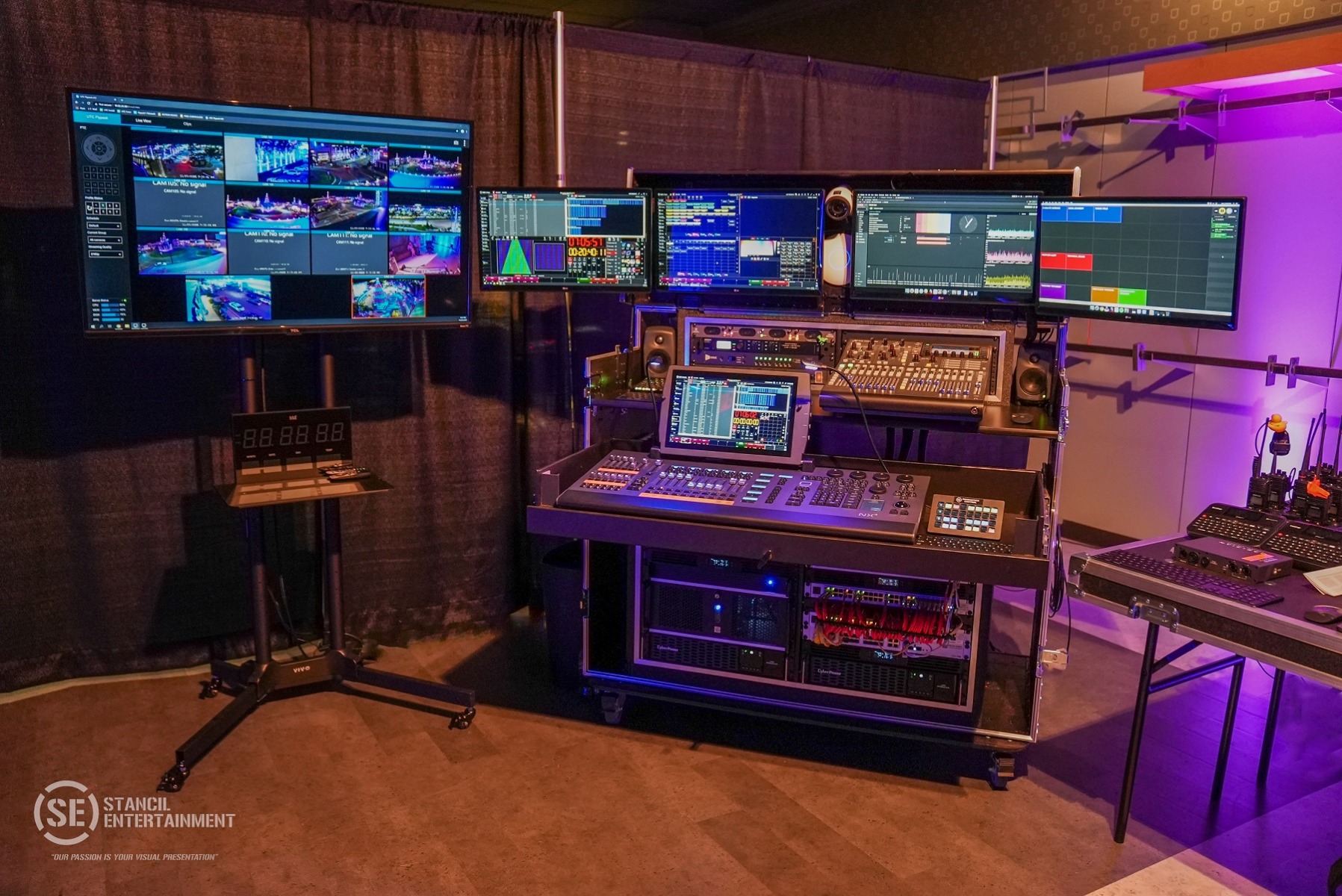 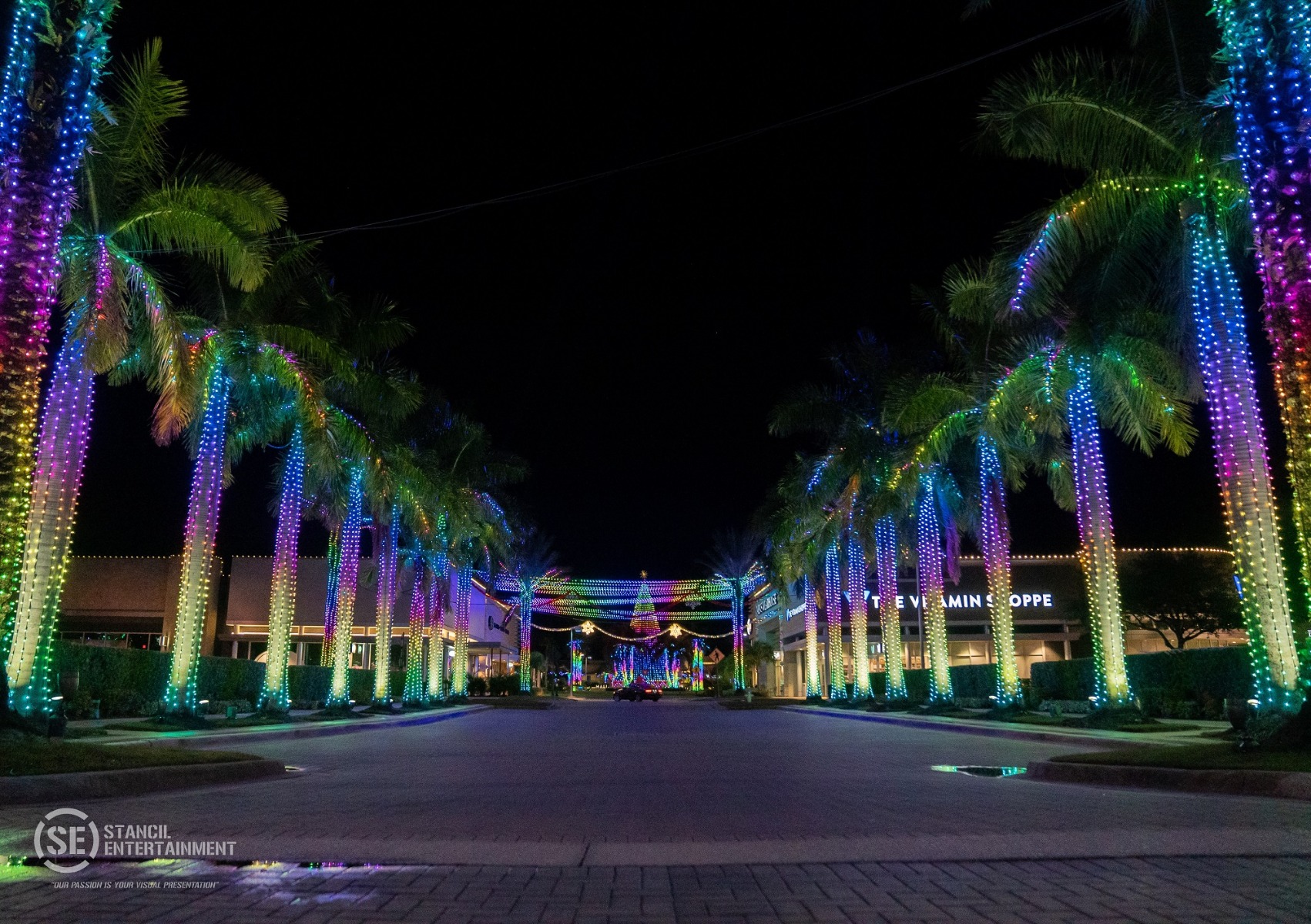 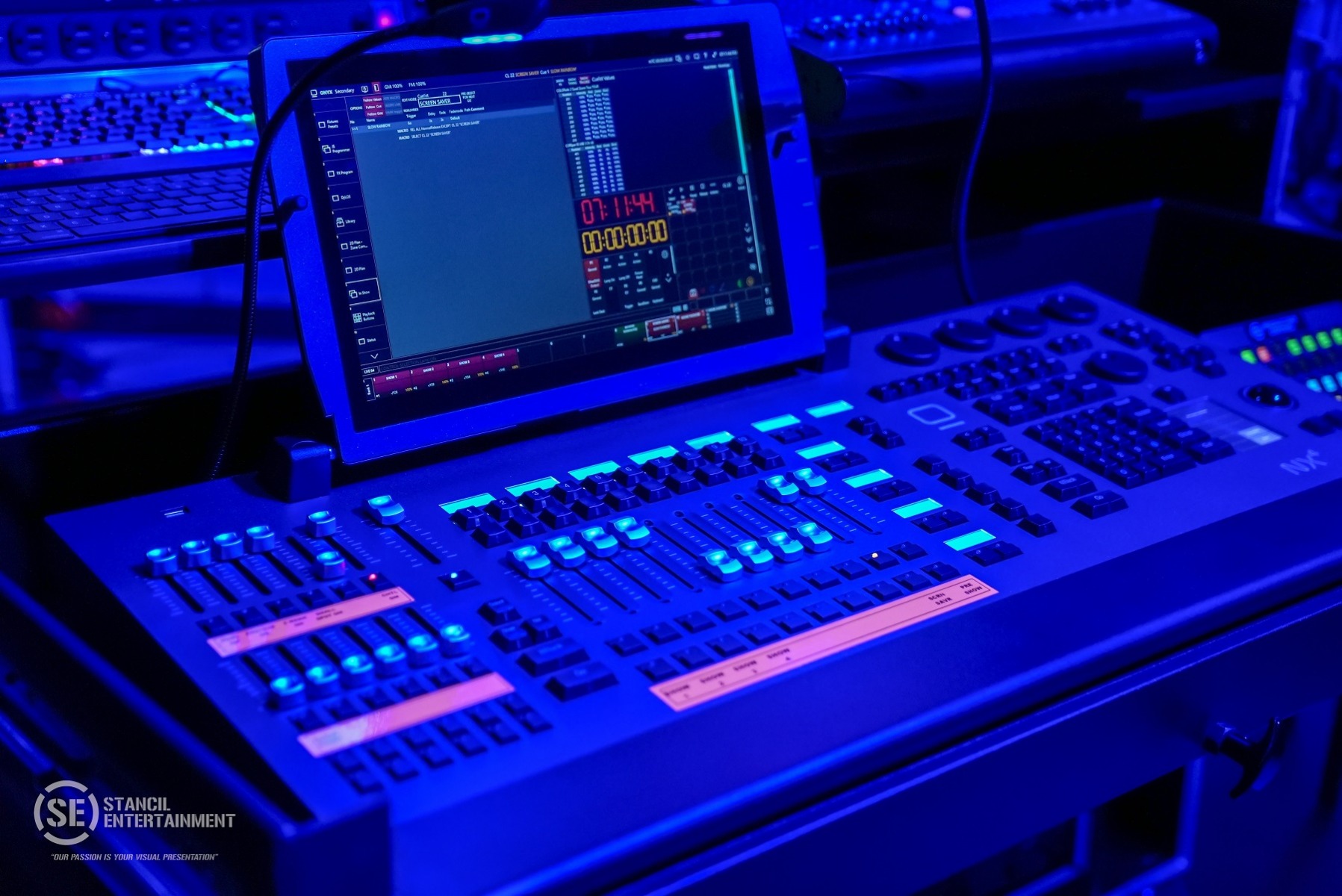