One of the 2000s most successful hard rock bands is Breaking Benjamin, whose guitar heavy sounds and powerful vocals delivered by Benjamin Burnley have endeared them to fans for two decades. The band teamed up recently with another iconic group, Alice in Chains, to co-headline a tour that also saw Bush on the bill as special guests.

The 30-city co-headlining tour kicked off on August 10th at The Pavilion at Star Lake in Burgettstown, Pennsylvania before wrapping up October 8th at the Xfinity Center in Mansfield, Massachusetts. Ty Veneziano of Bandit Lites designed, programmed and operated lighting for the Breaking Benjamin performance and turned to Elation Professional's compact Smarty Hybrid moving head to tailor the look and fill out the rig with beam looks from side torm positions.

Adds his own touch
Ty, who has been working with Breaking Benjamin since 2021 after five years working with Chevelle, says that Scott Holthaus (Red Hot Chile Peppers) had already designed a rig for the Alice in Chains set, which he then took and built around for Breaking Benjamin. He explains, "Scott's design was made up of five overhead fingers of truss with each finger housing beam moving heads and LED fixtures and lined with video panels. For Breaking Benjamin, I added 3-tiered torms upstage right and left and placed 9 Smarty Hybrids on each."

Wanted a beam light
On Ty's previous outings with Breaking Benjamin, he used dedicated beam lights as a key fixture in his design but when he saw the Alice in Chains setup, he noticed it lacked a beam fixture. Although, as a Bandit employee, he has used Elation gear quite a bit on projects of all sorts, as someone fairly new to the lighting design side, he says he sought advice on fixture choice from some of Bandit's more well-seasoned design professionals.

"Bandit has an inventory of legacy fixtures that are excellent," he said, referring to lights that have proven themselves over the years and still have a roll as reliable, go-to fixtures. "I wanted a fixture that could do a nice beam but also wanted CMY to mix some nice colors on stage. After talking to some of my colleagues at Bandit who have experience with the Smarty Hybrid, I was confident about specing them and they worked out really well."

Smarty Hybrid
The Smarty Hybrid is a CMY color mixing moving head with 11,000 lumens of power that packs an abundance of features in a small format. Capable of holding its own with bigger fixtures in a rig, the punchy multifunctional luminaire can easily transition from beam looks to washes to gobo effects (20 graphic options) and are capable of beam angle adjustment in all modes. The fixtures stayed active throughout the Breaking Benjamin show, complementing the overhead rig on hard driving numbers, as well as blasts of pyro, while also enhancing slower more emotive moments.

"It's been a fun beginning phase of my design career to get my hands on these fixtures and find out what they can do," Ty said about his experience with the units. "I found I could do more with the Smarty's than with the dedicated beam lights I used previously. We didn't have problems with them the 2+ months we were out. It was a real fail-safe, just one of those fixtures we didn't have to worry about."

The designer also speced Elation Colour Chorus 72s, 6-foot long LED battens that were used to provide color uplighting onto the band's crinkle mesh backdrop. It's a fixture he's used with Breaking Benjamin before to light the backdrop from both top and bottom positions but on this show had them lining only the bottom of the mesh.

Additional to the rig were upstage carts with single-beam fixtures and moving head wash lights. Ty used the overhead 'sky rig' minus the LED panels for Breaking Benjamin's set while LD Scott Holthaus used the entire sky and cart rig minus Ty's torms and floor lights for Alice in Chains. 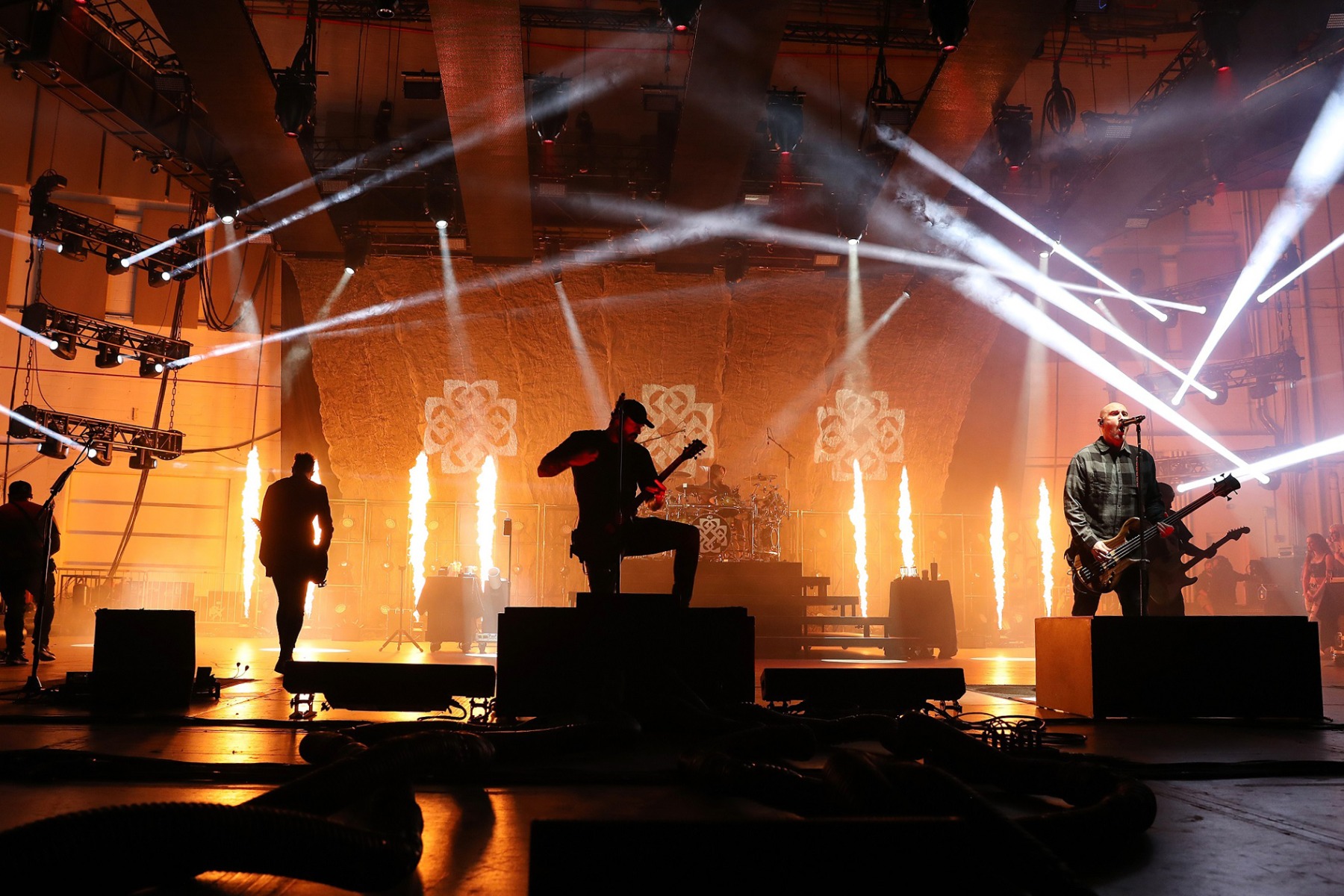 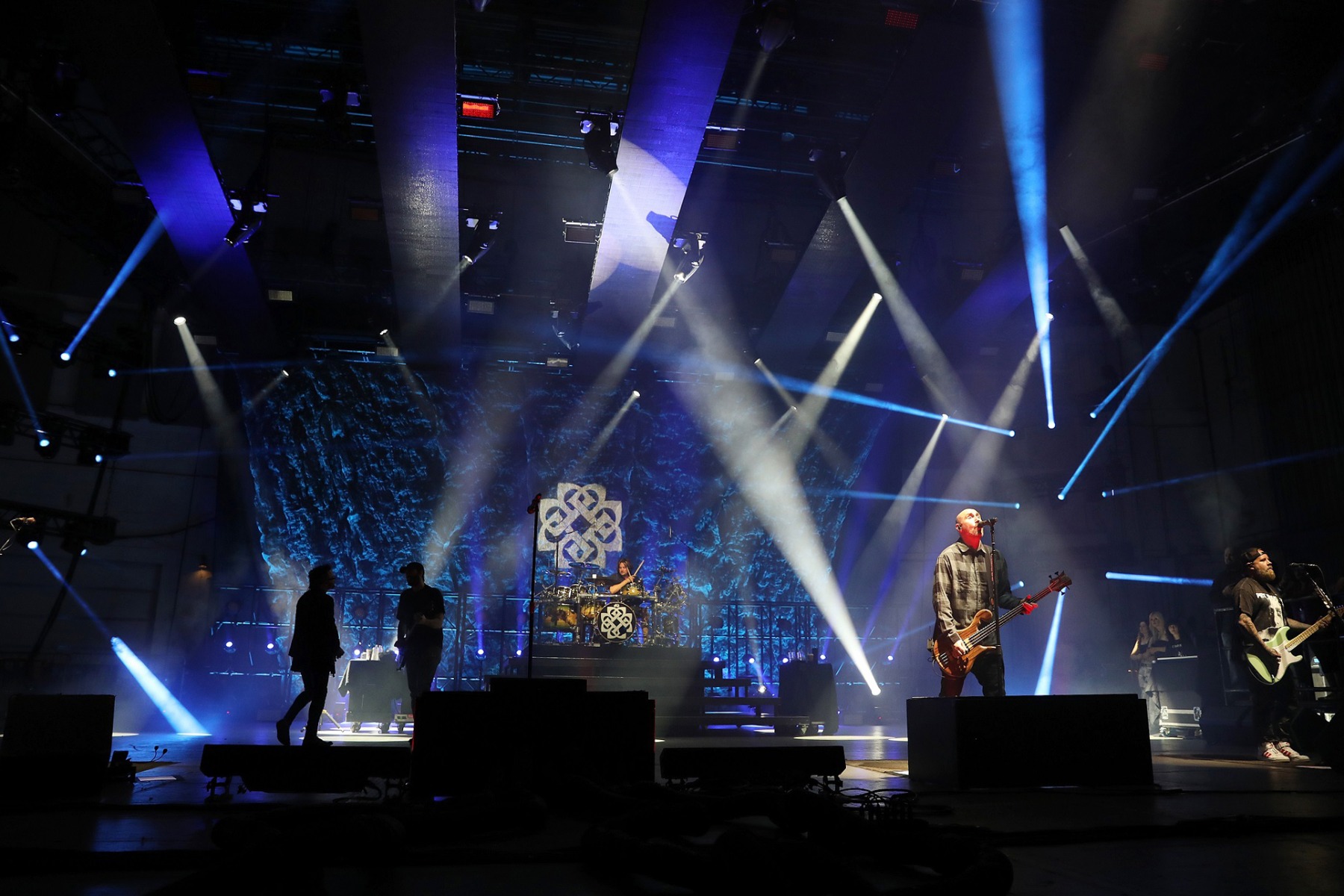 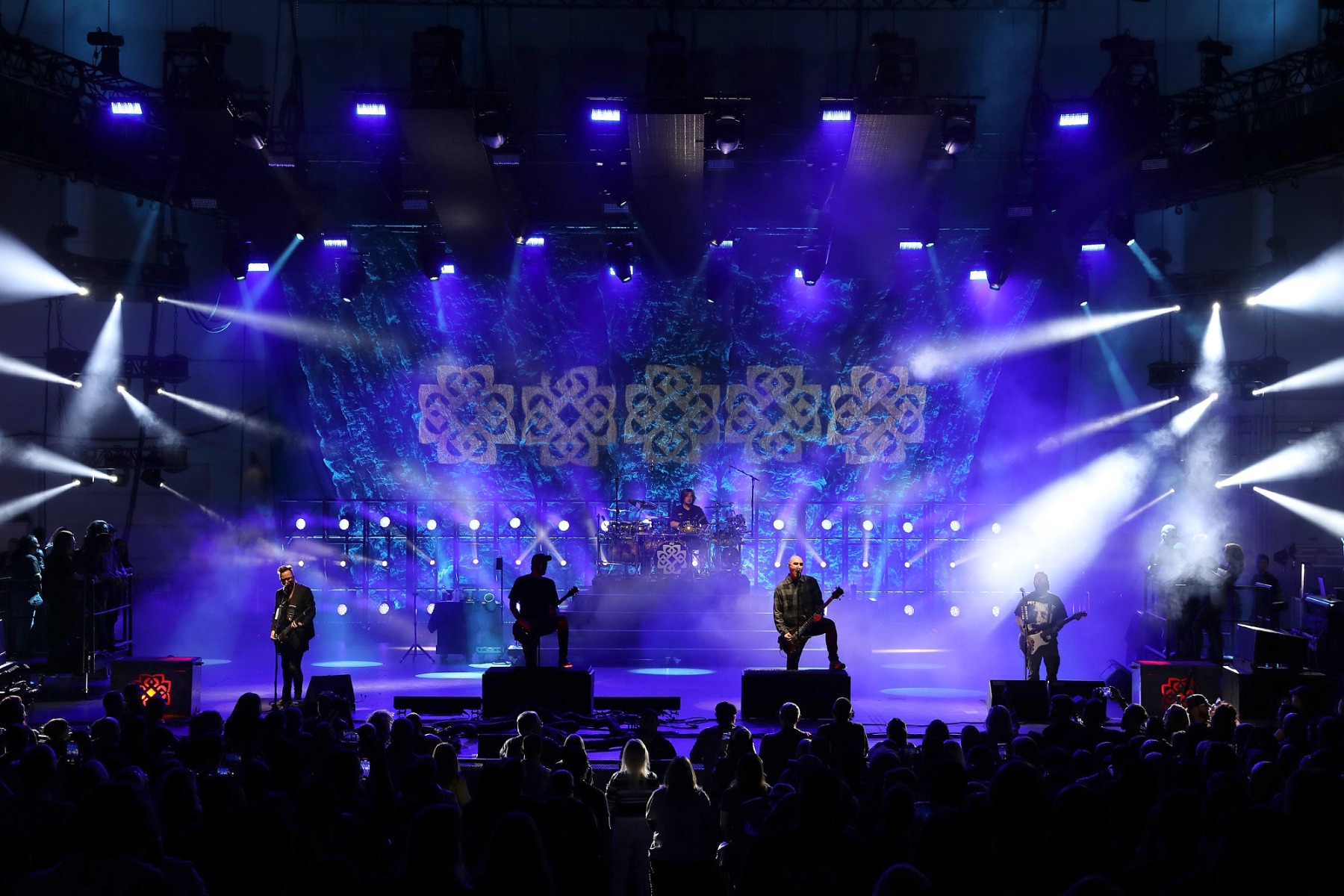 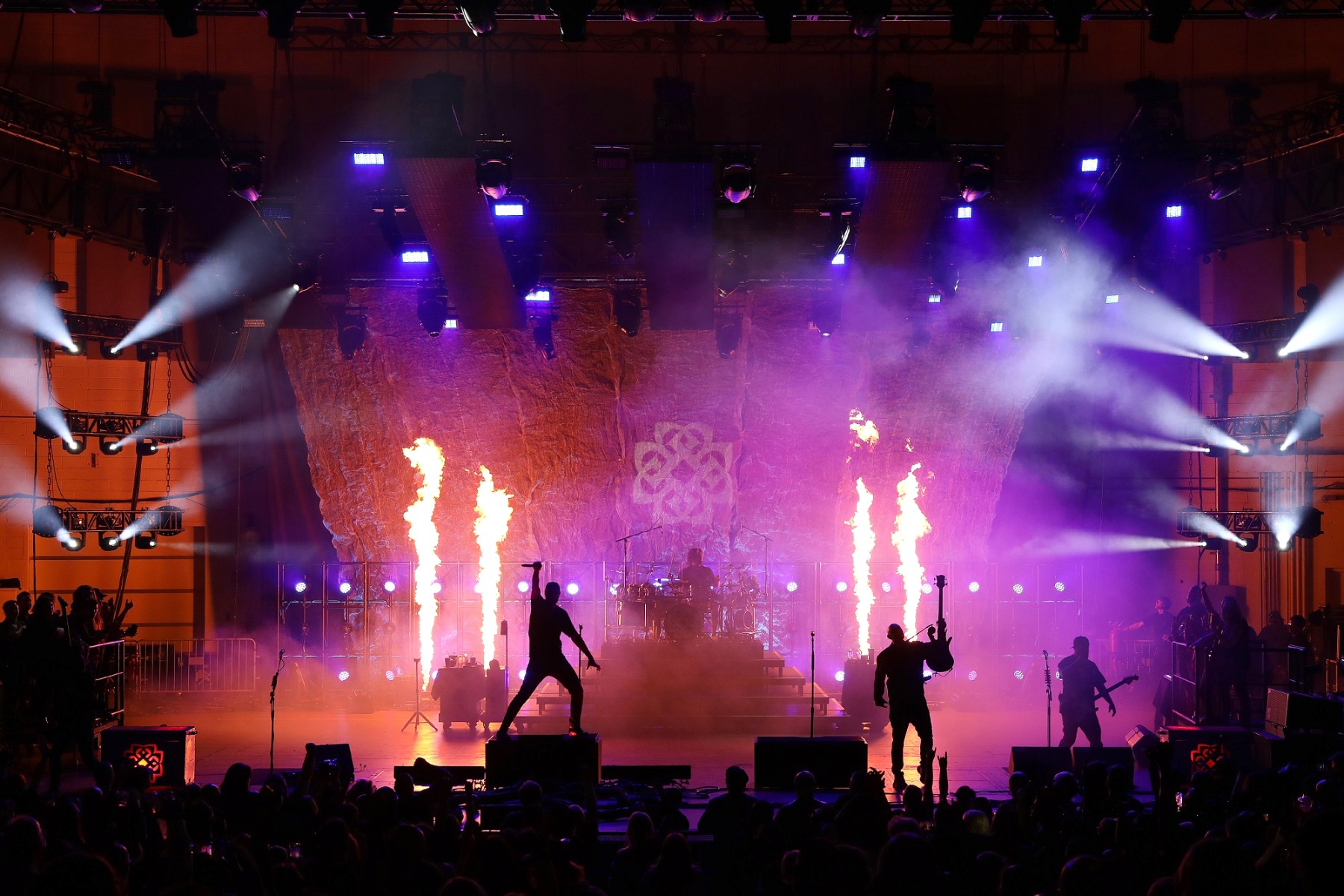