Tim Routledge designed a stunning light show to complement fireworks and a drone display with high-power Elation beam lights in each of the London Eye's 32 pods.

"We wanted something that could cut through so you could see the beams and create more architecture with light," Routledge said of his decision to use the Excaliburs. "It was very much about getting the chunkiest beam we could."

The Proteus Excalibur's enormous output-the beam light generates up to 7,500 lux at 100 meters--in combination with a 260-millimeter lens and 0.8° beam competes with xenon searchlights and sky trackers. "It's hard to punch through the amount of smoke that the fireworks generate," the designer says, "but we managed to get past that with high-output lighting that was very much visible throughout the show."

Excalibur in each pod
Routledge took on the project nearly a year ago, first assisting show producers Identity with the tender process and then working with them throughout the year to create a truly exceptional show that included 12,000 fireworks, 400 drones and over 300 high-power lights supplied by Neg Earth Lights.

The designer, who had seen the IP-rated Proteus Excalibur at the Prolight+Sound show last May and demoed the unit in September, positioned the units inside each of the London Eye's 32 pods. It was an arduous task that Routledge and his team met resourcefully. He explains, "Because the London Eye is a tourist attraction and is used every single day, we mounted the Excaliburs and a strobe unit on wheeled dollies and waited until the tourists cleared out each night, sometime around 7pm. The Eye would continue to turn and we wheeled a dolly into each pod. We loaded all 32 pods this way." At the end of the night of programming, the procedure was reversed and the dollies unloaded. They repeated the process over three nights.

Despite the overhead protection, Routledge says the Excalibur's waterproof rating was required because of the constant loading in and out in an outdoor environment. Additional Excaliburs lined the pier in front of the 135-meter tall wheel, working with other long-throw luminaires.

Message of love and unity
More than 100,000 ticket holders plus millions around the globe took in the show and its message of love and unity. Highlights included England's UEFA Women's Euro 2022 win, 50 years of London Pride, a message of support to Ukraine, a tribute to the late Queen Elizabeth II, and a segment honoring King Charles III. The Excaliburs were used throughout the 12-minute show, mostly in tight beam looks although Routledge says he did access the unit's gobo wheels for the King Charles III segment.

The lighting was coordinated with the fireworks and drones in both white and multi-colored looks. In a show with an abundance of mesmerizing looks, Routledge says the dedication to Ukraine was especially powerful, "also because there was a pause in the fireworks at that point and the beams read really well." He adds that the London Pride section was also a highlight as it gave him the chance to access the Excalibur's full-spectrum color system to create "structured rainbow beams that really cut through." Working for more than just the 12-minute show, the lights in the pods were used to build anticipation from 11pm and were active for 40 minutes after the show while the crowd dispersed.

Rock solid success
Reviews of London's 2022 New Year's Eve show have been universally positive and Routledge confirms the feedback, noting that the client was 'blown away' by the show. "A lot of people noticed the upgrade in how the show was lit and the change of fixtures in the Eye," he said, adding that the Excaliburs and the wireless system of control, even at distances of 200-300 meters, worked really well. "The fixtures also held their positons beautifully despite being wheeled in and out of the pods every night. We really didn't have to do much touching up position-wise." The designer also reports that there were no issues with failed lights. "They were rock solid." 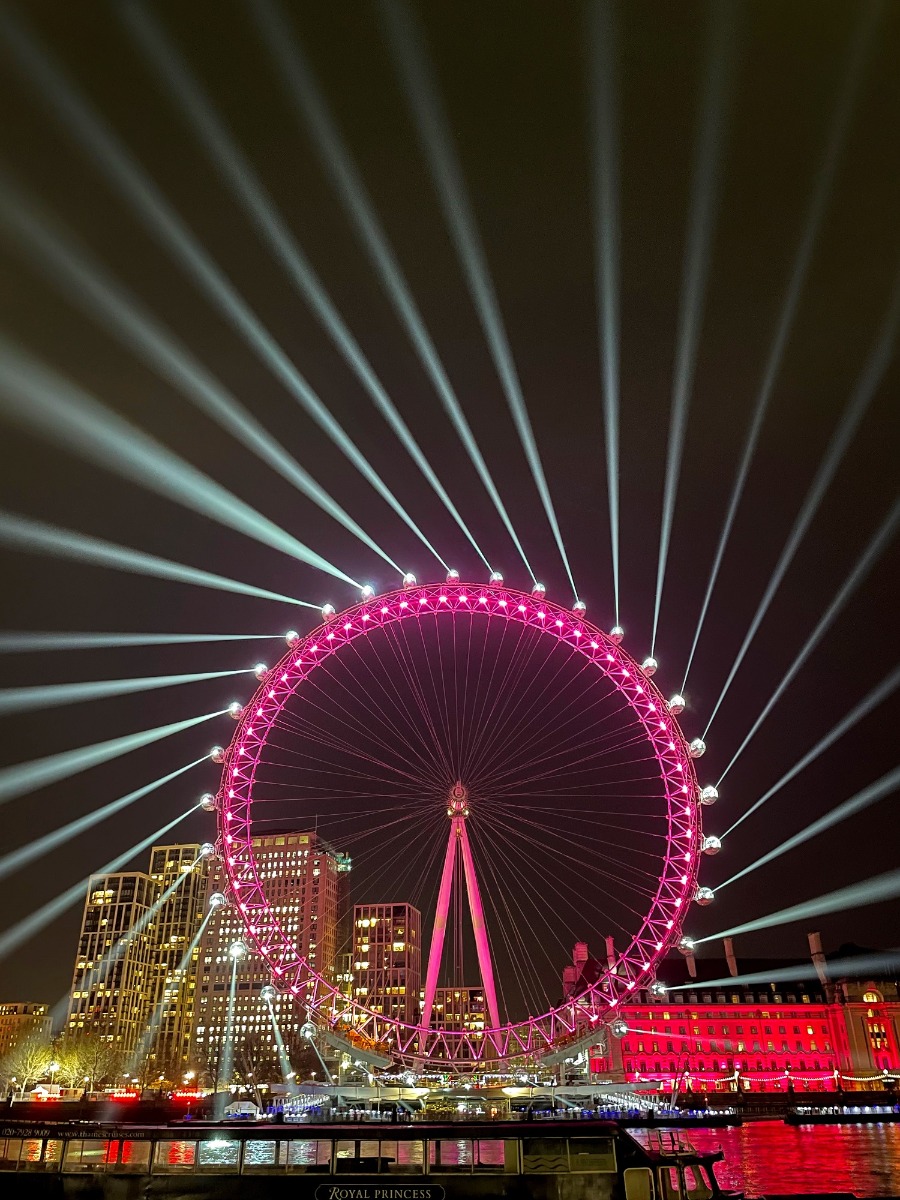 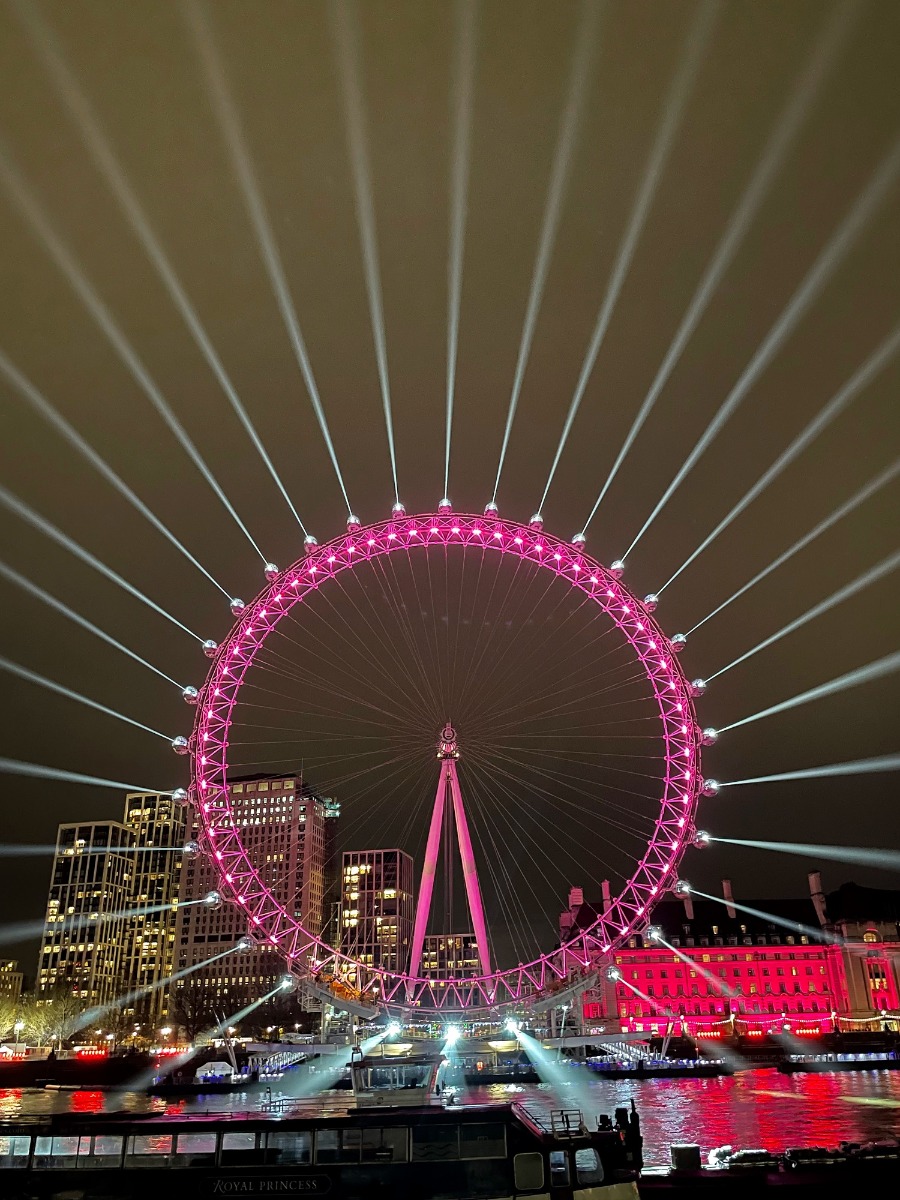 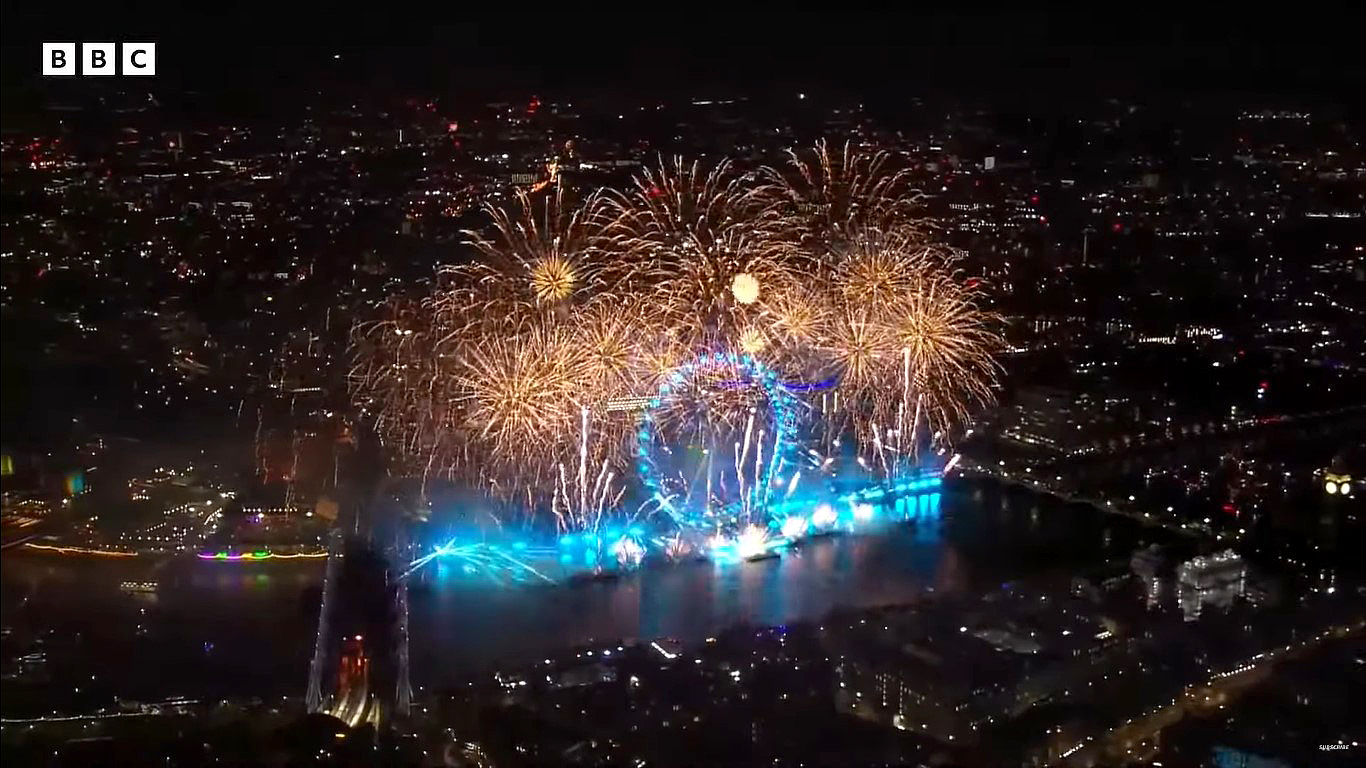 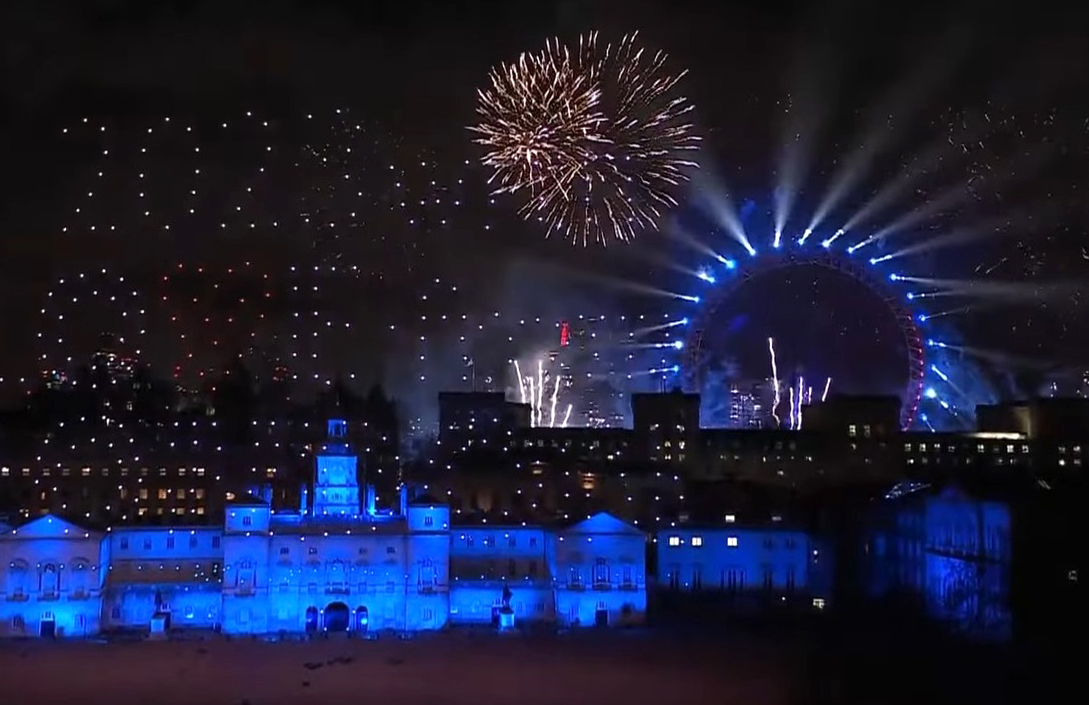