When lighting Carlos Santana you've got to be on your toes. "It all changes on a dime," says Santana lighting designer Michael Ledesma of the 75-year-old rock and guitar icon. "A set list comes out before a show but it's just a suggestion. We don't know where he's going at any given moment. A song starts but then he takes off into other songs within a song and the band follows and we do too!"

Known for his on stage spontaneity, weaving in and out of his huge catalog of hits, Santana is one of the most accomplished guitarists of all time. "That's what he loves and we're just enhancing the whole feeling with light and color," comments Ledesma, who's been lighting the guitar legend for nearly a decade. "He doesn't need to have a lot of effects going on so we look to emphasize the solos and represent the feeling of the music with light. We're not trying to overpower the music but support it visually."

The "Miraculous Supernatural Tour" set was a compact system, about 60 feet wide with the sides tilted in about 30 degrees. Multi-faceted to take on a number of roles in a rig, the Protron Eclypse's 27,000+ total lumen output made it an effective wash luminaire on the show, according to Ledesma. "I got the first batch of Protron Eclypse back in 2019 and they have been dependable workhorse fixtures ever since," he said. "On this show, I could take out the other lights and get a great even wash across the whole stage."

The designer placed 10 Eclypse fixtures on the downstage, spread across a 4-spoke curved truss to form a semi-circle, with 14 units upstage positioned just below three horizontal strips of LED panels. The downstage units colorwashed the audience with spirited chases when called for while the upstage units washed the band and provided chase and strobe effects. Leaning on his years of lighting design experience, Ledesma says he used several ploys to give the impression there were more lights in the rig than there actually were. "I'd light one half of the Protron's 96 cells for one look then the other half for another look," he explains, "or rotate back and forth or top and bottom." Furthermore, he says that with the downstage units mounted vertically and the upstage units mounted horizontally, the impression was of two different fixtures altogether.

Mounted beneath the backdrop LED screen was a row of 12 SEVEN Batten 14™ LED strip lights that the designer used for a variety of color looks, chases, pixelmapped effects and low backlight onto the band. On the floor downstage were more SEVEN Battens washing the set, instruments and musicians up to chin level. "They are much brighter than what I was using before," Ledesma says. "They have great color and are a good punchy light for its size. It provided a good front light but wasn't overwhelming."

With their RGBW and RGBAW + Lime + UV arrays respectively, both the Protron Eclypse and SEVEN Battens gave the designer a huge variety of color options to emulate and complement content. "If you look at Santana's artwork it's all very colorful, multi-mix colors," Ledesma said. "With both these fixtures, I could blend color without it getting muddy."

Santana still loves to tour but when he's not on the road he's playing his House of Blues residency in Las Vegas where he also performs beneath a Michael Ledesma-designed rig using Protron Eclypse and SEVEN Batten units. As with the House of Blues shows, Innovative Concert Lighting served as lighting vendor on the "Miraculous Supernatural Tour." Santana is currently playing at the House of Blues in Las Vegas until mid-November. 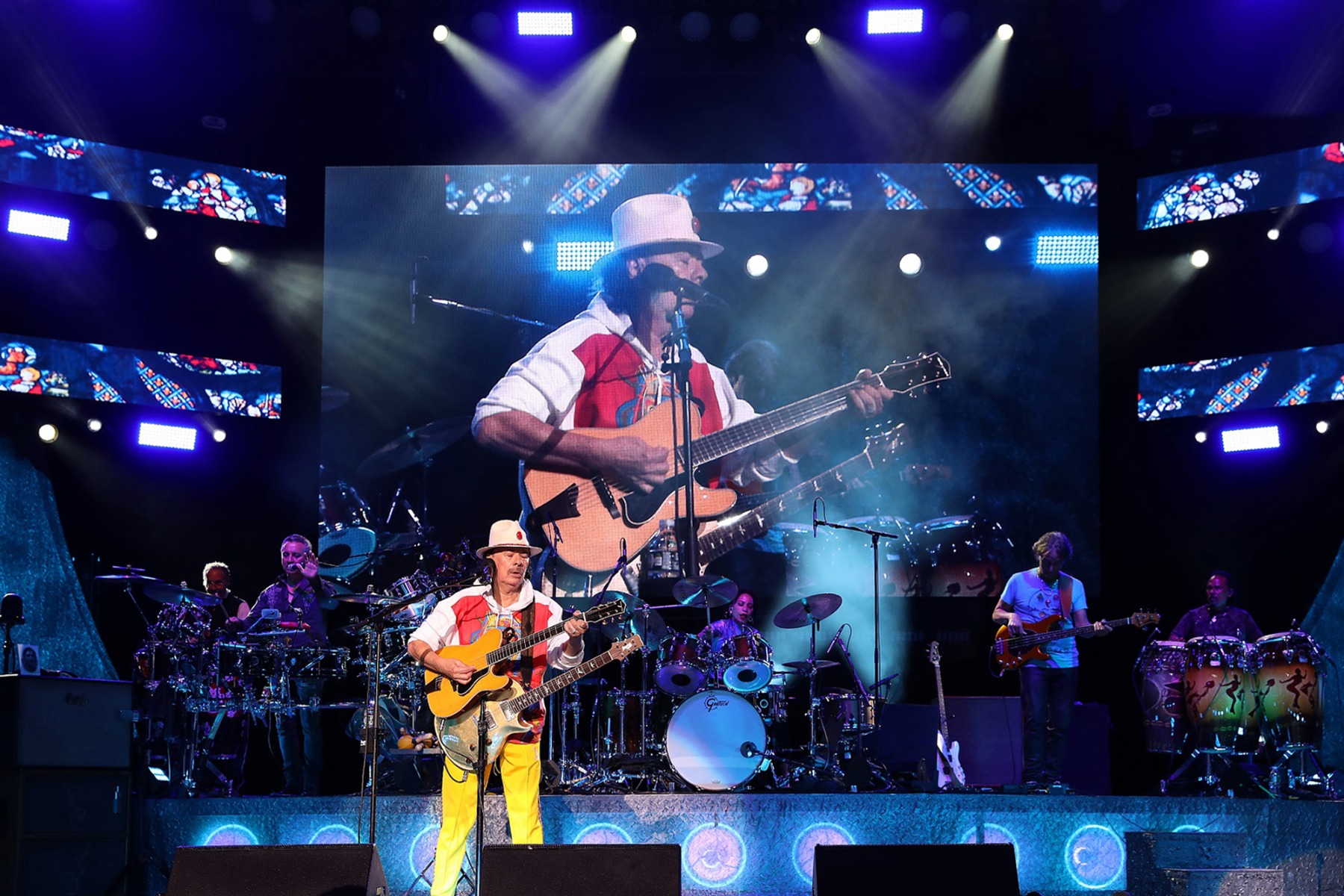 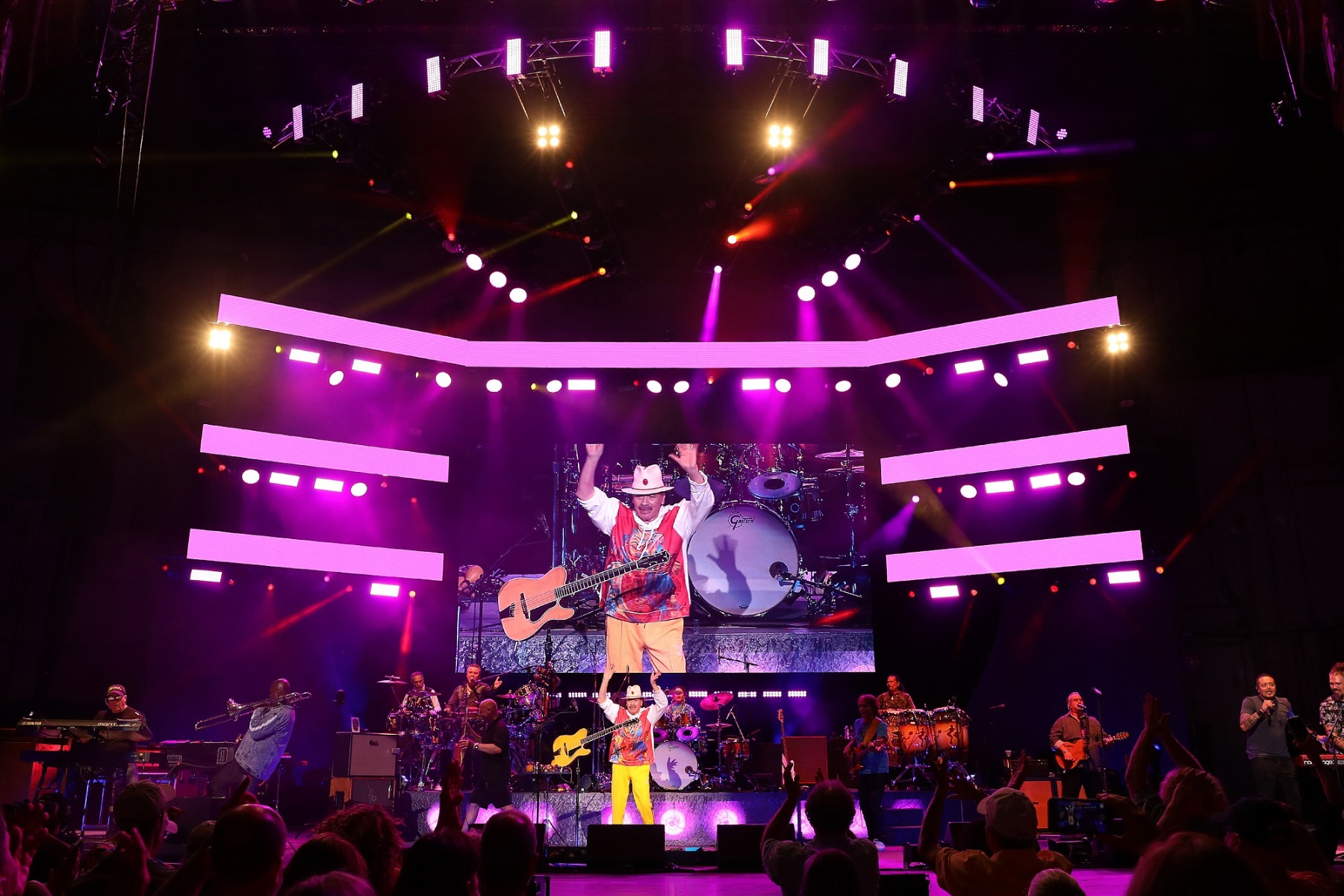 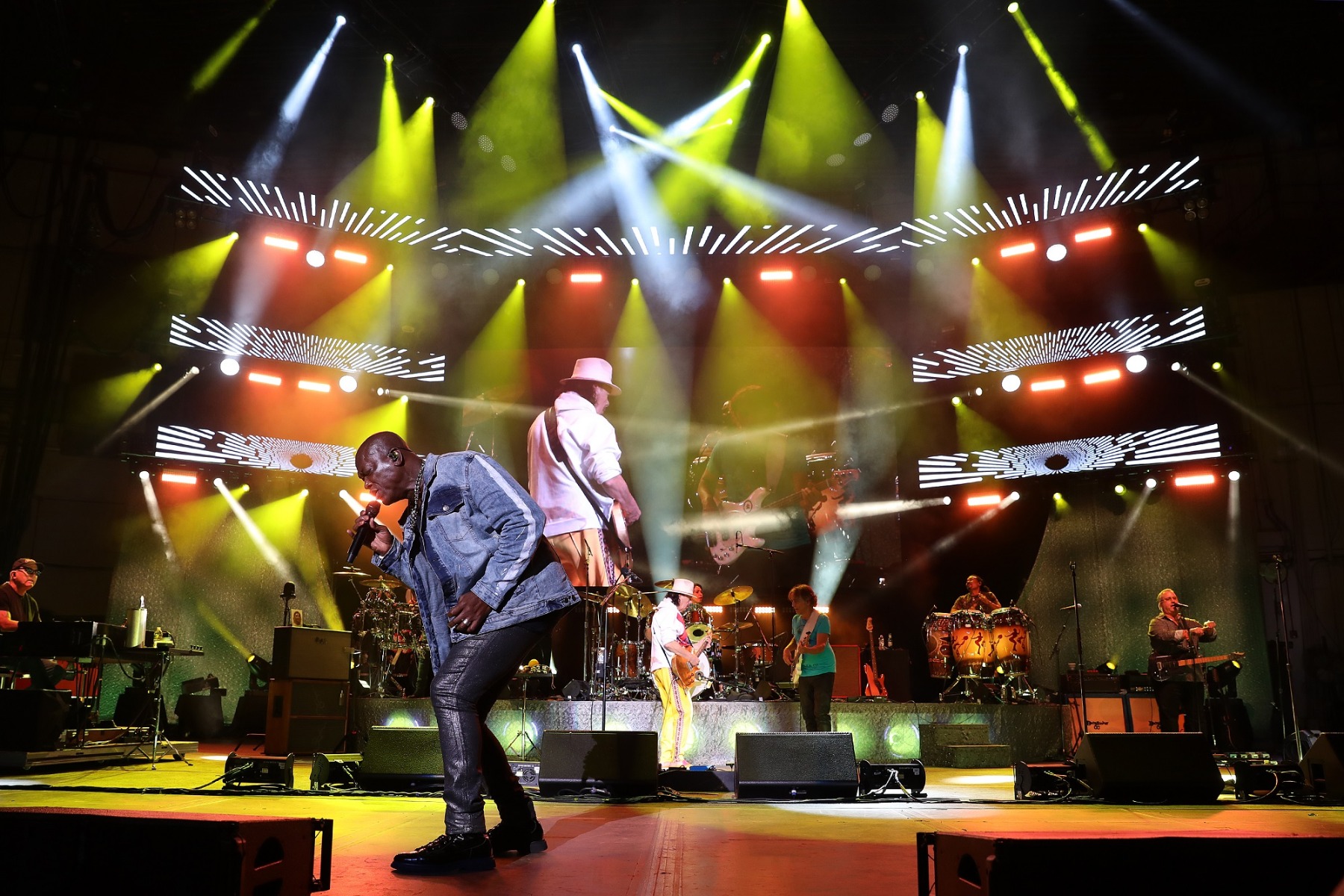 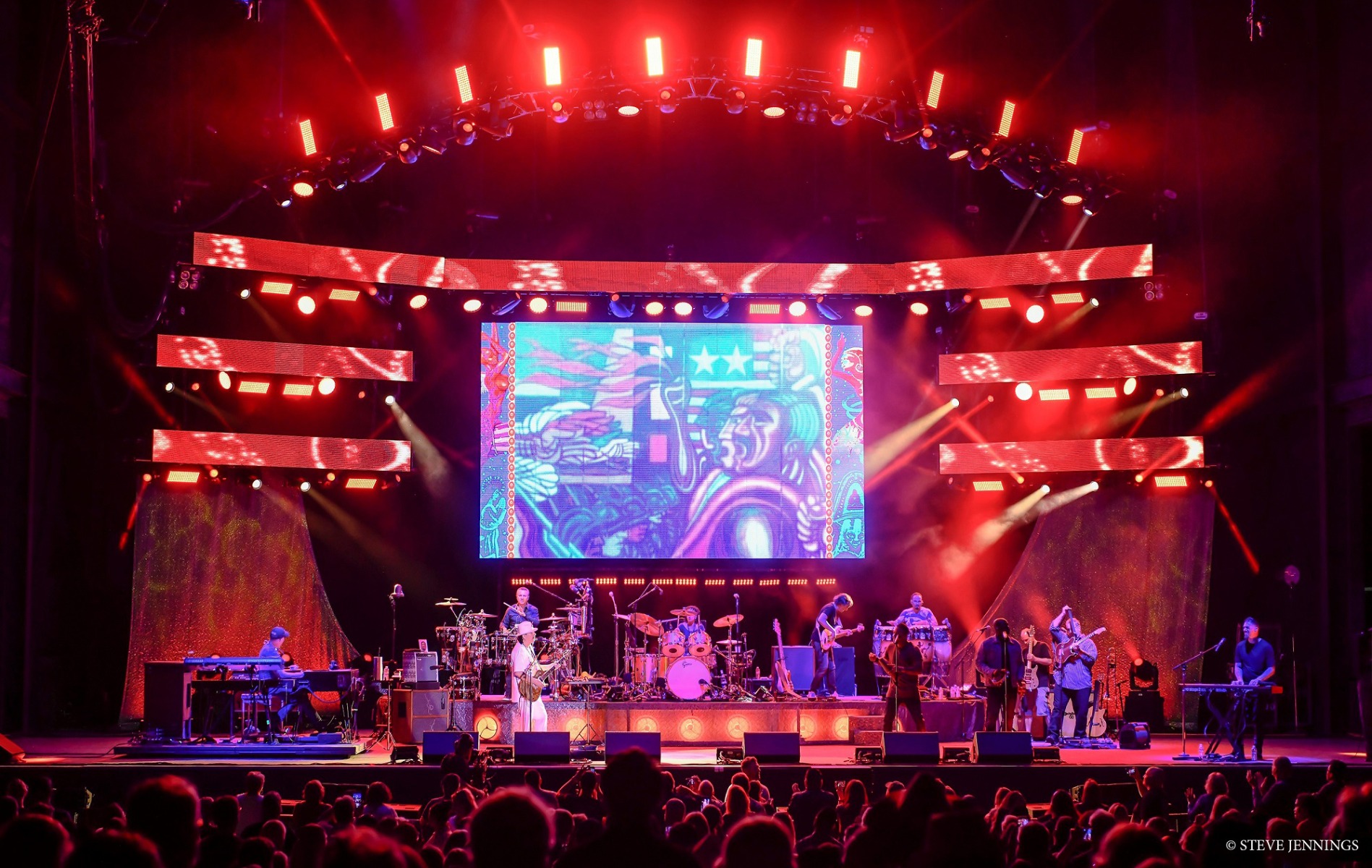