Outside the Circle uses the power of Proteus Maximus as an integral effect in unique end-of-year lighting display.

With fireworks forbidden and Covid-19 keeping people isolated for New Year's Eve, Ton Nieuwenhuis and Martin Ciesluk of design firm Outside the Circle decided to bring a bit of lighting inspiration to the people of the Dutch town of Hengelo.

"We wanted to bring some light to people at the end of a tough year," he said, "so we put together a project that included 21 mobile trailers with lighting to drive around the streets of the city on New Year's Eve. It represented how, because of Covid, we are all in small groups but when seen together symbolized something greater, us all coming together."

The project, called Het Hengelicht, involved 8 fixed lighting locations (sponsors) plus 21 vehicles pulling trailers on which a Proteus Maximus™ was encircled by four RGB laser-source beam lights. The effect from a distance of each grouping was one of a giant single beam of light. The fixed locations used one Maximus with 8 laser-source lights.

Ciesluk says that initially he wasn't sure what fixtures he wanted to go with but knew he needed something with power. "I knew I wanted LED and something bright that could take a bit of shaking around from being driven around in a trailer. As the other fixtures we used required domes, I wanted an IP65 fixture in order to have one less dome in the trailer. I was happy to discover the Maximus and Niclen was able to provide 38 of them for the project. It has a hotspot LED engine that is good for long-throw aerial beams and at only 1400 watts, it was easy on our small power generator as we didn't want to have to refill the generators too often."

Ciesluk's initial idea was to choose 30 locations throughout the city to place lighting fixtures but with concerns over too many people gathering, the decision was made to make the majority of the lighting mobile by placing a power generator with lights in trailers to be driven around the city.

"We wanted to make sure that everyone in the city could enjoy the lighting," says Ciesluk, who calls the project more of an art installation. "Some people would come outside to see what was going on while others would look out their window as the lighting passed by. The response was amazing. People were clapping and waving at us from behind windows." Ciesluk says they tracked the movement of every trailer and ended up covering about 80% of all the streets in Hengelo.

The Outside the Circle crew drove around the city beginning at 8:00 pm when the town mayor initiated the project. Lights shone skyward in full-on white light for four hours with 30-minutes of more dynamic color and movement ringing in the New Year at midnight. Design was by Ton Nieuwenhuis and Martin Ciesluk with Ciesluk also handling the programming.

Besides garnering sponsors to finance the project, resources came from crowd funding, as well as the Hengelo city council, who, after initially denying funding, had a change of mind after seeing how much enthusiasm the project had generated on social media. 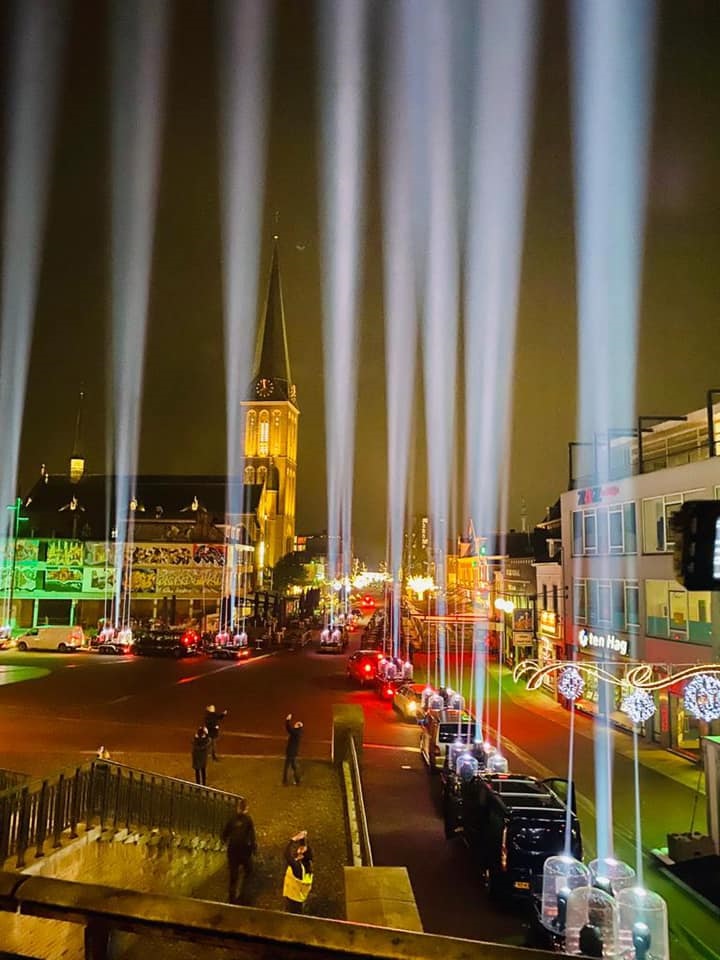 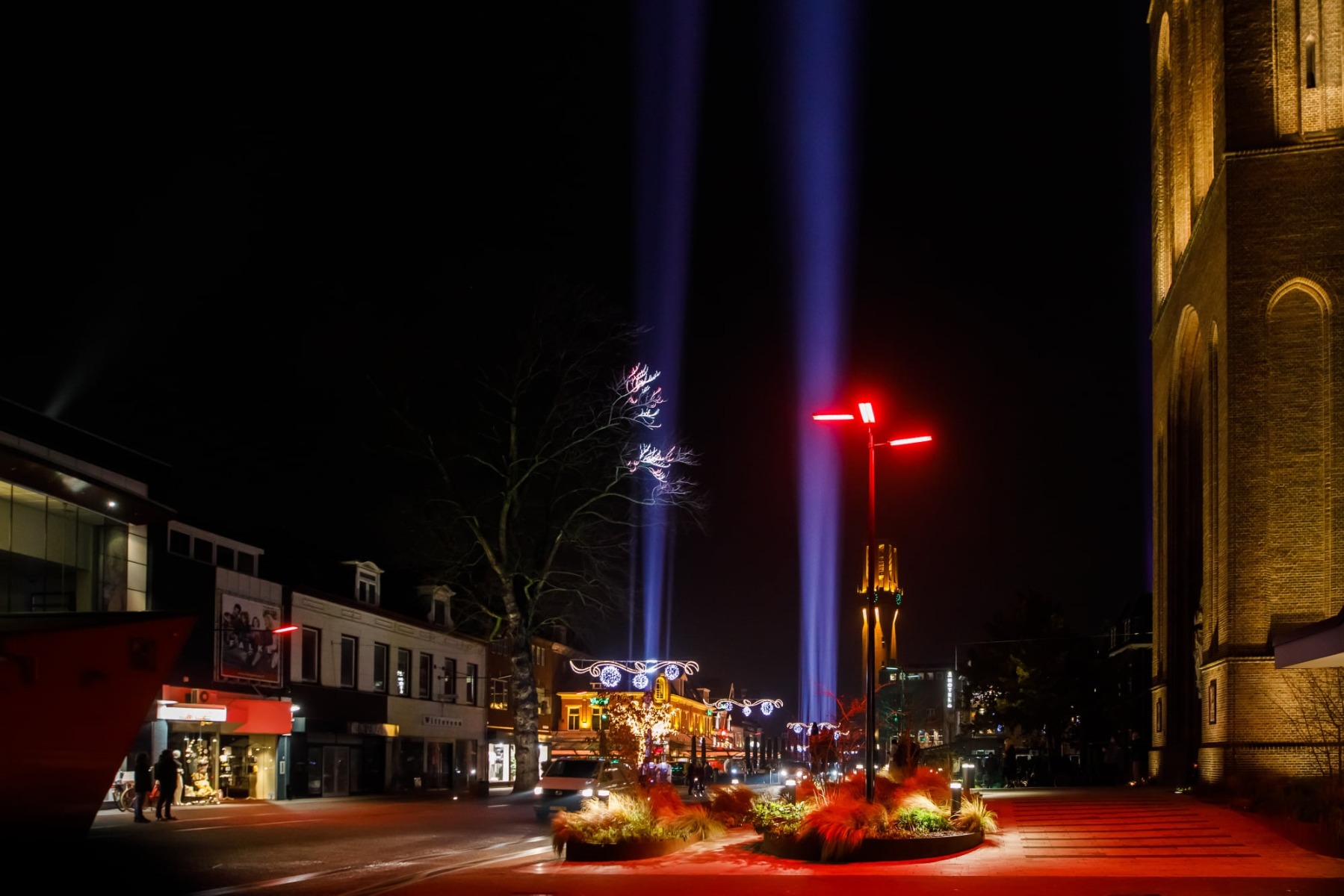 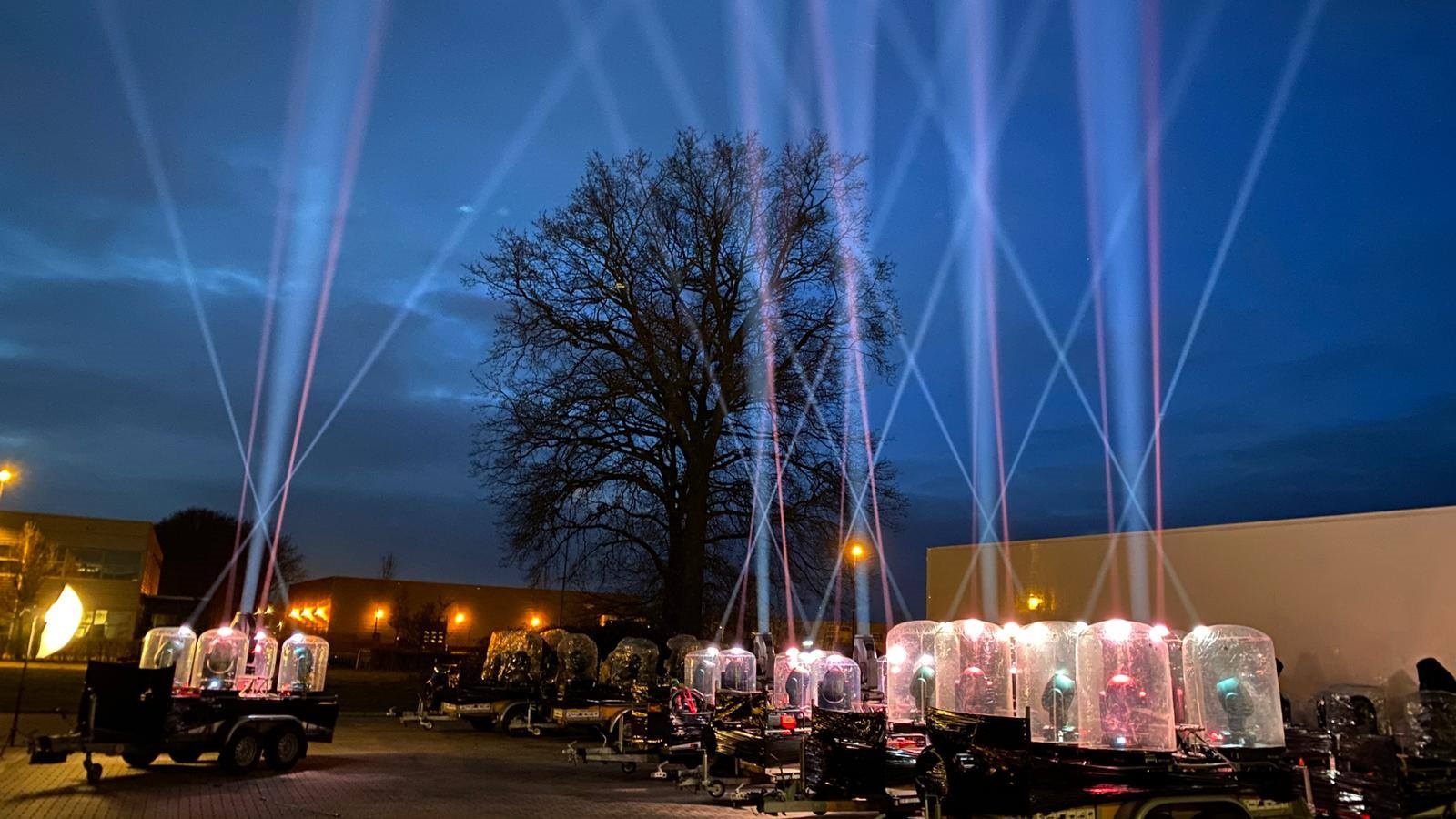 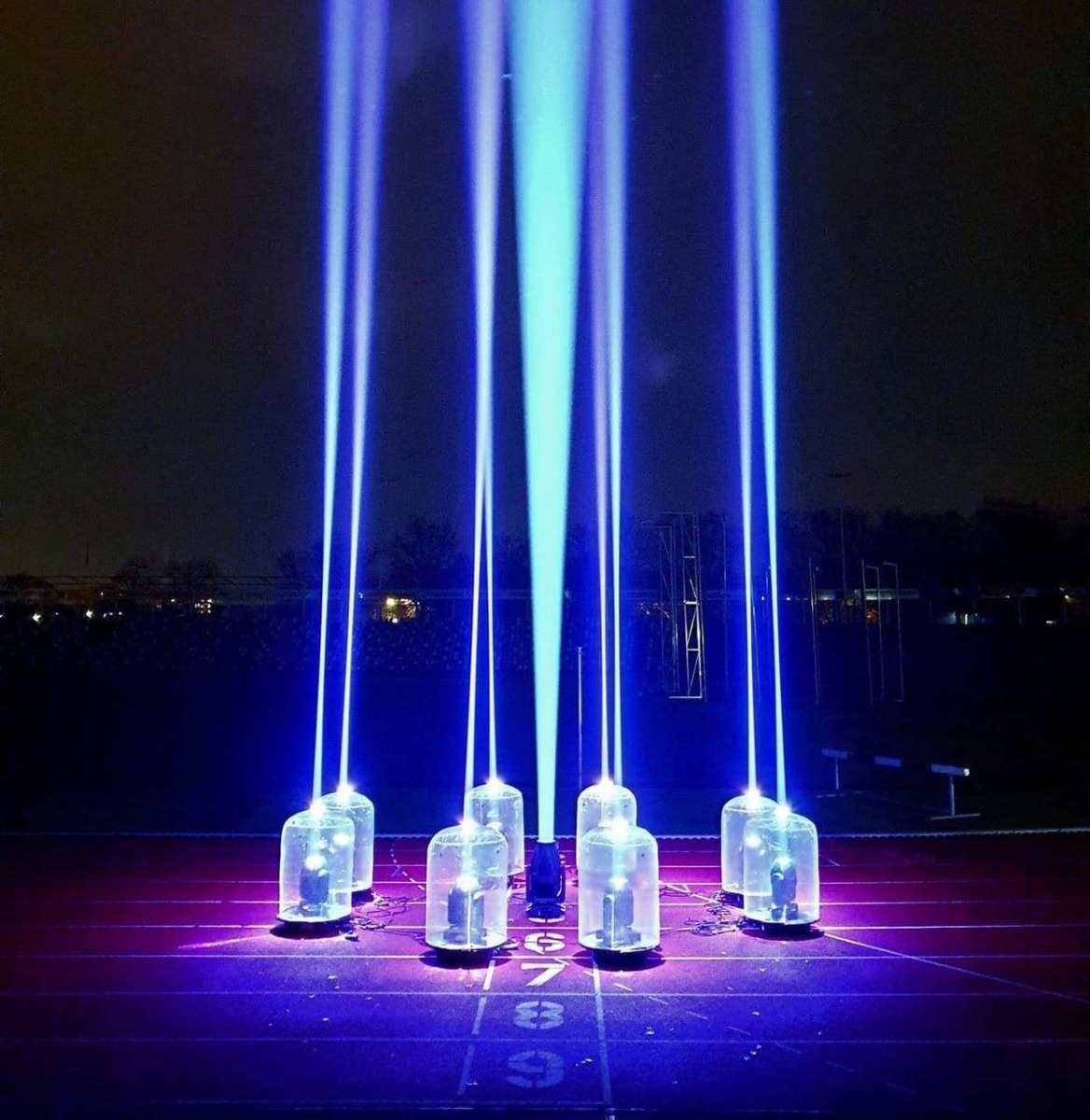 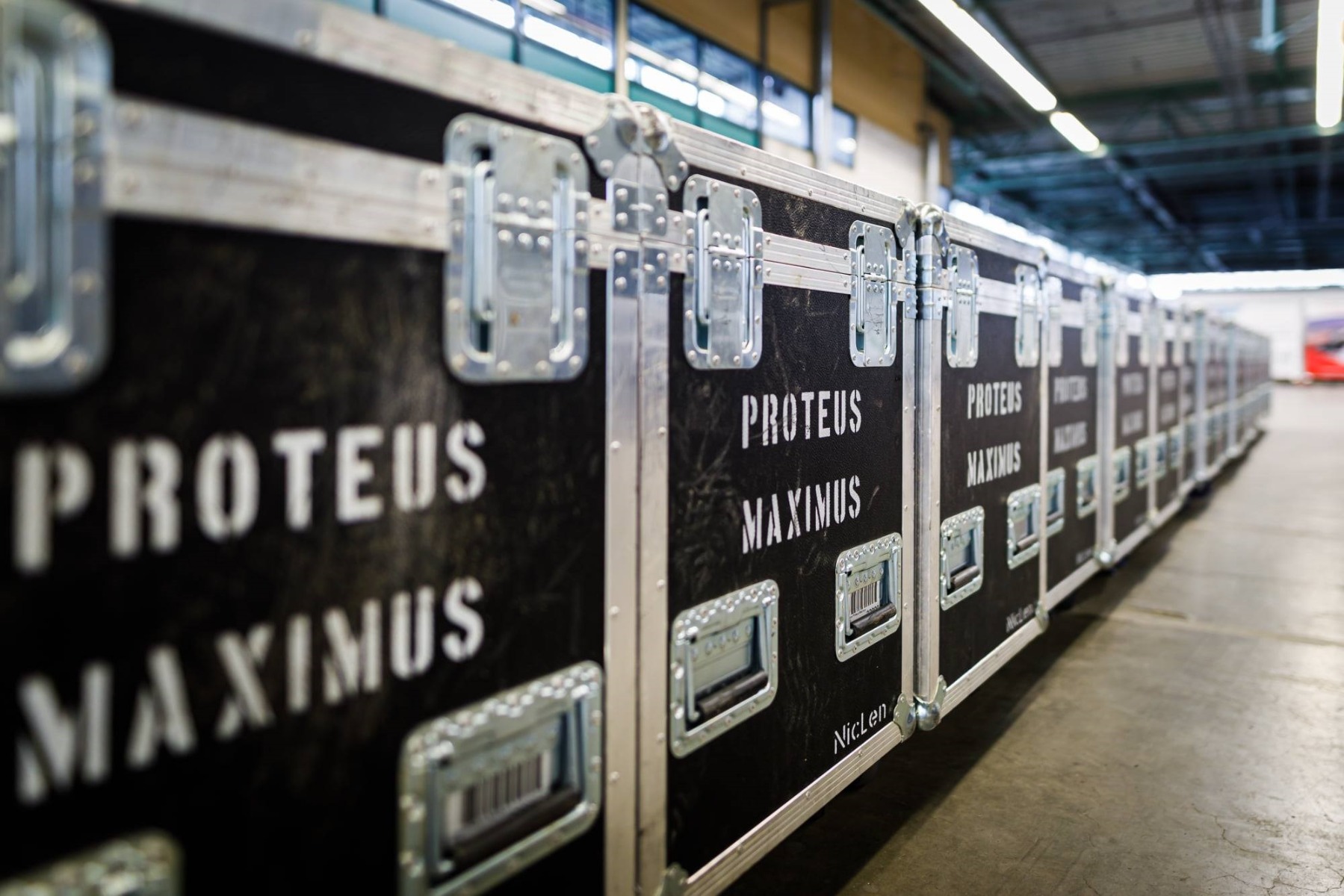