With up to 50,000 people in and out of the Georgia World Congress Center each day over a two-day period in February, the Cheersport National Cheerleading Championship in Atlanta may be the largest event to have taken place in the world under the COVID pandemic. Rental and production company Lite Tek Entertainment (www.litetekent.com) supplied and designed lighting for the event and turned to an Elation lighting package of Cuepix and DTW blinders, Protron strobes, SixPars and more to highlight team routines across five different stages.

Huge event despite pandemic
The National Cheerleading Championship is one of the biggest of its kind in the world. A typical year would see 1,400 teams competing but due to a 50%, reduction in allowed participants due to the pandemic, some 700 teams competed at this year's event. Nevertheless, the event was huge with stages spread across two buildings and 90 acres.

"This was, to the best of our knowledge, the largest event in the world since COVID with up to 50,000 people coming through the facility two days in a row," states Lite Tek founder and owner, Darren Lewis. "Cheersport created an effective plan to manage the onsite people flow with guidance from Varsity Spirit and the CDC fulfilling a discrete observation role. There were no spikes or known outbreaks that were traced to the event so it worked out really well."

Lite Tek Entertainment
Lite Tek Entertainment, based in Richmond, Virginia, has handled all of Cheersports' regional cheerleading events for the past 15 years and has worked the National Cheerleading Championship event several times. Lewis says that Lite Tek has grown with Elation throughout the years, having purchased Elation gear from the firm's outset and employing Elation gear on many past cheerleading events. This year, Lewis served as production manager and principal lighting designer for the National Cheerleading Championship, coordinating video and audio as well, across five competition halls plus a virtual awards ceremony.

Even stage lighting and 20 feet up
Lighting design was a collaborative effort across the Lite Tek team with all five stages featuring nearly identical lighting setups starting with a downstage truss lined with Elation Cuepix and DTW Blinders. "We put 8 of those up along the front edge and lit the entire 60 x 60 ft. stage and didn't get any hotspots," Lewis states of the LED blinders. "The truss was too close to the stage to do it with Par lights but the Cuepix and DTW fixtures were perfect because we got an instant spread of the beam with an even wash. The photographers and videographers loved it because the stage was lit perfectly even."

Lewis says that not only did they need to light the stage, it was necessary to light at least 20 feet above the stage as well as the cheerleaders are often lifted or thrown up in the air. "They can't go into the dark," he says. "It's different than just lighting a performer on stage; you really have to think in 3 dimensions. That's why the Cuepix and DTW do so well. It's such a big throw I didn't have to worry about dark spots when the cheerleaders were up high."

Ballyhoo then static white
Each cheer routine started with gobo movement onto a closed semi-transparent scrim curtain across the front of the stage with complementary color splashed onto the backdrop. When a team entered, the curtain opened and lights ballyhooed in an energetic barrage of color and movement. Protron 3K™ strobes along the front truss and Protron 3K Color™ strobes along the back strobed and color washed before going to a warm white wash for each routine. As the cheerleaders entered, Platinum FLX™ moving heads on the front corners of the stage projected onto the backdrop then frosted out for side fill or background lighting. In order not to distract or startle the participants, it was important that the lights remained static in even white light once each routine began. Also housed in each rig were LED moving head washlights, discharge-based profile luminaires and LED moving linear strips. SixPar 200™ Par lights were used to light the entrance and exit stairs for each stage.

Pre-event excitement
The lighting sequence complemented each team's cheerleading routine and was repeated every 3-4 minutes throughout each day. Prior to the start of the routines however and used to generate excitement as spectators arrived were color and effects from Rayzor Q7™ LED moving heads. Positioned on the front truss, the Q7's initially pointed out into the room but then repositioned inward to light the stage. A double arch of truss lined with ACL 360 Bars™ also provided flashy looks as parents and spectators arrived. Lite Tek also designed and filmed an awards video used on the event's social media pages in which ACL 360 Bars lined a video wall with Protron 3K strobes playing a role as well.

Grateful and looking ahead
Although a typical year would see Lite Tek doing 90 such events, Lewis says he's been lucky and grateful for the work he has had lately which has allowed him to provide work to some of his furloughed employees. "It's been hard not being able to provide much work for our crew," he said, adding that he has opened up the Lite Tek shop to furloughed employees during the pandemic so they can keep their skills sharp. "We're seeing signs of some activity ahead though so we're hoping to keep everyone a bit busier this summer." 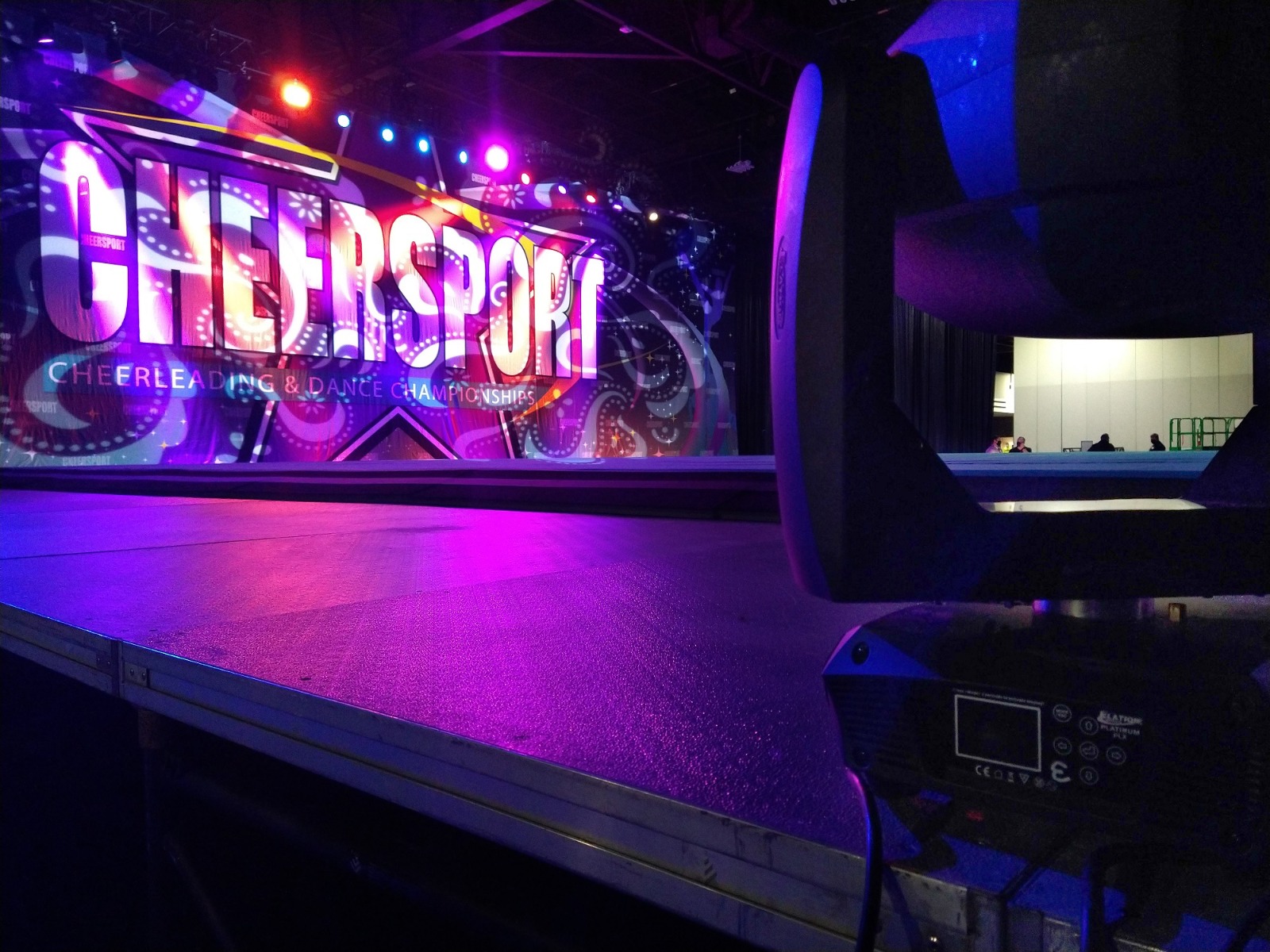 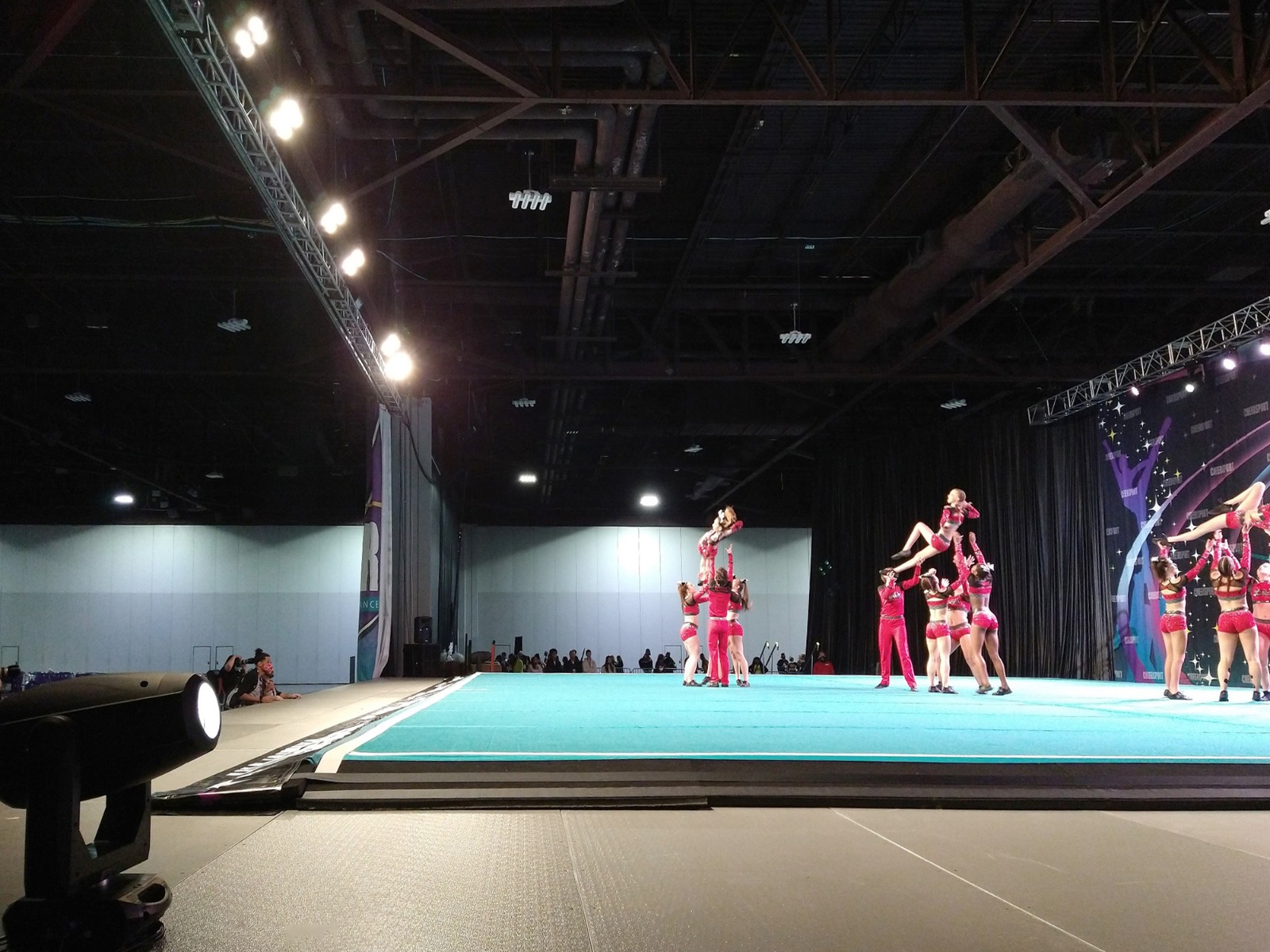 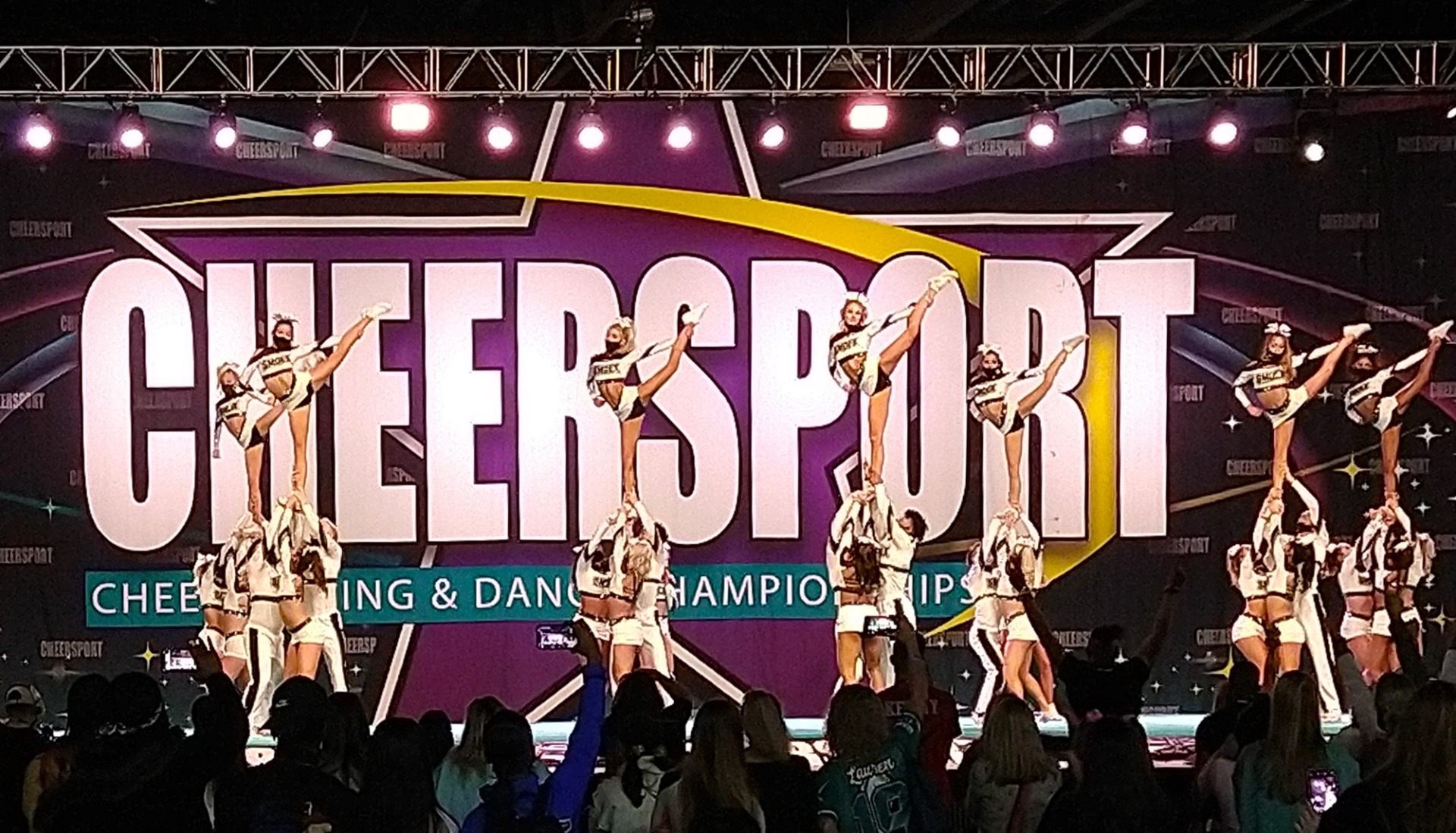