The Kridel Grand Ballroom at the Portland Art Museum is a historic 9,000-sq. ft. space with soaring ceilings and rich architectural details that has played host to many of the city's premiere events for decades. With its full proscenium stage, sound, lighting and projection systems, the venue is tailor-made for elegant gala fundraisers, corporate meetings, and weddings. Chris Pitale, Senior AV Tech at the Museum, oversaw a recent lighting upgrade in the Grand Ballroom that included Elation Professional Fuze Pendant LED downlights and NETRON data distribution from Obsidian Control Systems.

"We set about planning an upgrade with NETRON hardware and simultaneously had been eyeballing our aging house lighting system for upgrade," Pitale explains, referring to an old system of 32 recessed 250W incandescent par cans that cast bad shadows due to placement of a truss grid. "We planned a 24-unit update with LED Lekos hanging from the existing ceiling in locations we could control the light spill and avoid the truss and chandeliers." They started the electrical, ordered the units, and began testing.

Then, late in 2019, the Ballroom ceiling façade collapsed.

"It brought the wood façade crashing onto the truss grid, lighting, audio and video systems, and anything else underneath," Pitale recalls. The incident of course was devastating, but the ceiling was eventually rebuilt to match its original look and after a full replacement of a host of systems, they returned to the house lighting question. "We shopped a few fixtures and settled on something an architectural firm assured us would be a good fit. The reality was that once we had received the 70 planned units, only about 30 of them actually worked properly." Not surprisingly, they decided to pull the plug on the order.

Fuze Pendant gives options
The Portland Art Museum frequently works with local lighting suppliers Outlaw Lighting and after chatting with Outlaw's Billy Clare, Pitale was introduced to Elation's full-color Fuze Pendant LED downlight. "Billy was able to get us a demo within a couple of days and our first test blew us away. Bright and punchy, fantastic color, and plenty of output for our space. We quickly followed up to see how many we could get and how soon!"

Although the budget did not allow for a 1:1 replacement of the 70 planned units, it turned out that with the Fuze Pendant they didn't need to. "The 35 Fuze Pendant units we have are in primary locations and cover almost the same area," Pitale says, "and with higher quality light than we were getting from the other units! We went from a Dim2Warm system that was factory set and couldn't be adjusted, to a full color system with complete DMX control and every option we could dream of readily accessible. The color with the Fuze Pendant alone opens up so many more options for our space and the output blows 250W incandescent units out of the water." The Pendants hang from the rebuilt ceiling and replace the recessed lighting in a redesigned layout based around truss location and lighting needs.

Data via NETRON
The venue has also been investing in Elation SixPar™ and SixBar™ LED batten luminaires for décor lighting the past couple of years and have been in need of new DMX distribution for a while. They had been using an 8-port DMX router as a gateway for their M1 lighting console but Pitale says eight universes from a single location wasn't cutting it anymore. "We found out about the new NETRON hardware and set about planning an upgrade. We ended up with 2x EN12's, 1x EN4, 1x RDM10, and 2x RDM645 that feed out to the 35 Fuze units. We went with additional NETRON hardware to have per-fixture control over the new Fuze units. It offers more output than I'll need in years, but at all the right locations to make our events easier to setup and control."

Distributed DMX-512 patch locations in the room allow for easy setups of event lighting, something Pitale says was made possible primarily by the new NETRON system. He runs the NETRON devices over Art-Net but is experimenting with sACN to determine the best compatibility and stability with a variety of consoles. He is wrapping up the house lighting installation by merging control from an architectural ETC system with their own M1 console.

With a ceiling collapse and then an initial inadequate fixture to contend with, the project had its share of challenges, but perseverance paid off and the end result is a spectacular house lighting system that the Portland Art Museum can be proud to offer its clientele. Pitale concludes, "This project has taken a while, but we're all really happy with how Elation and Obsidian products have worked for us." 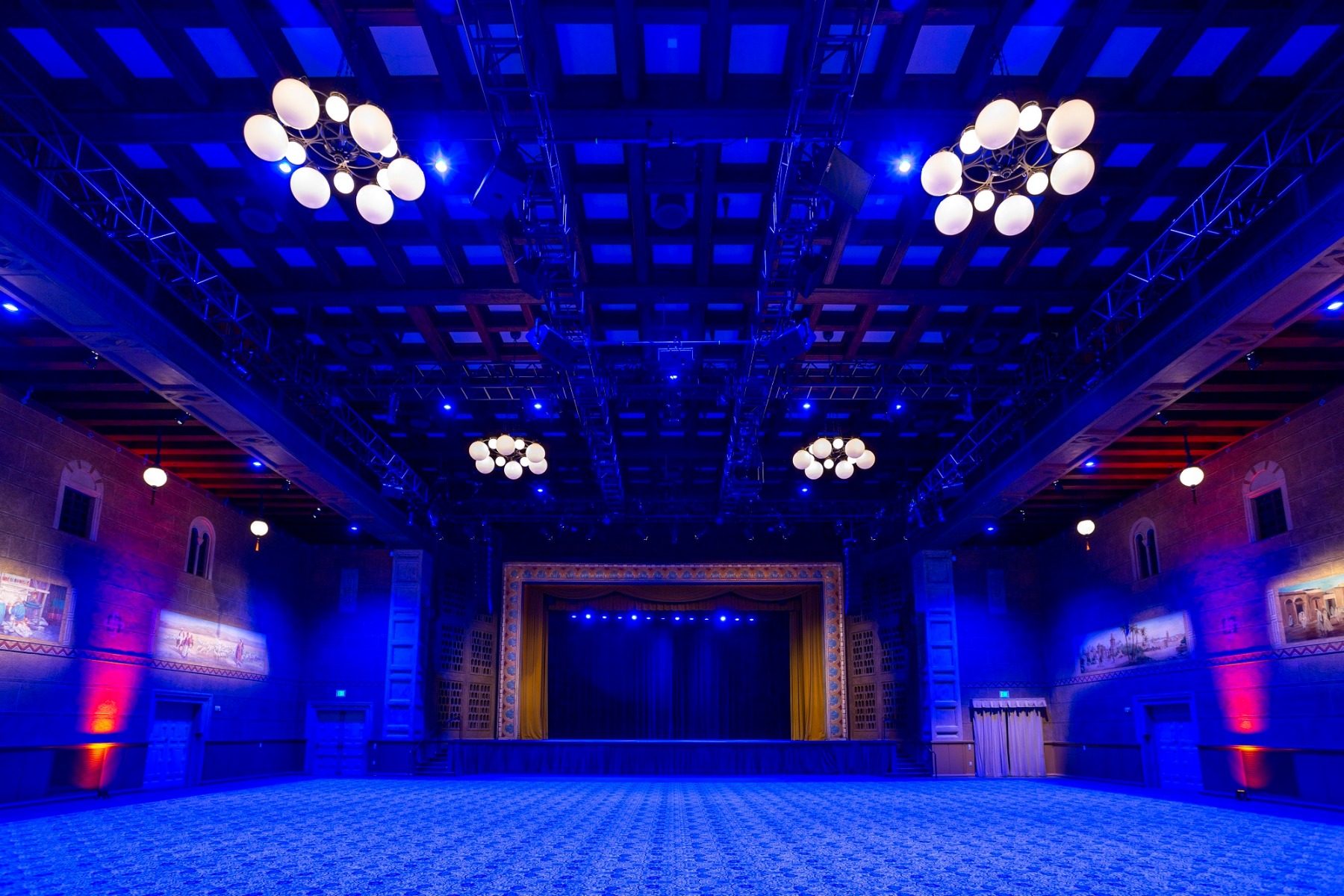 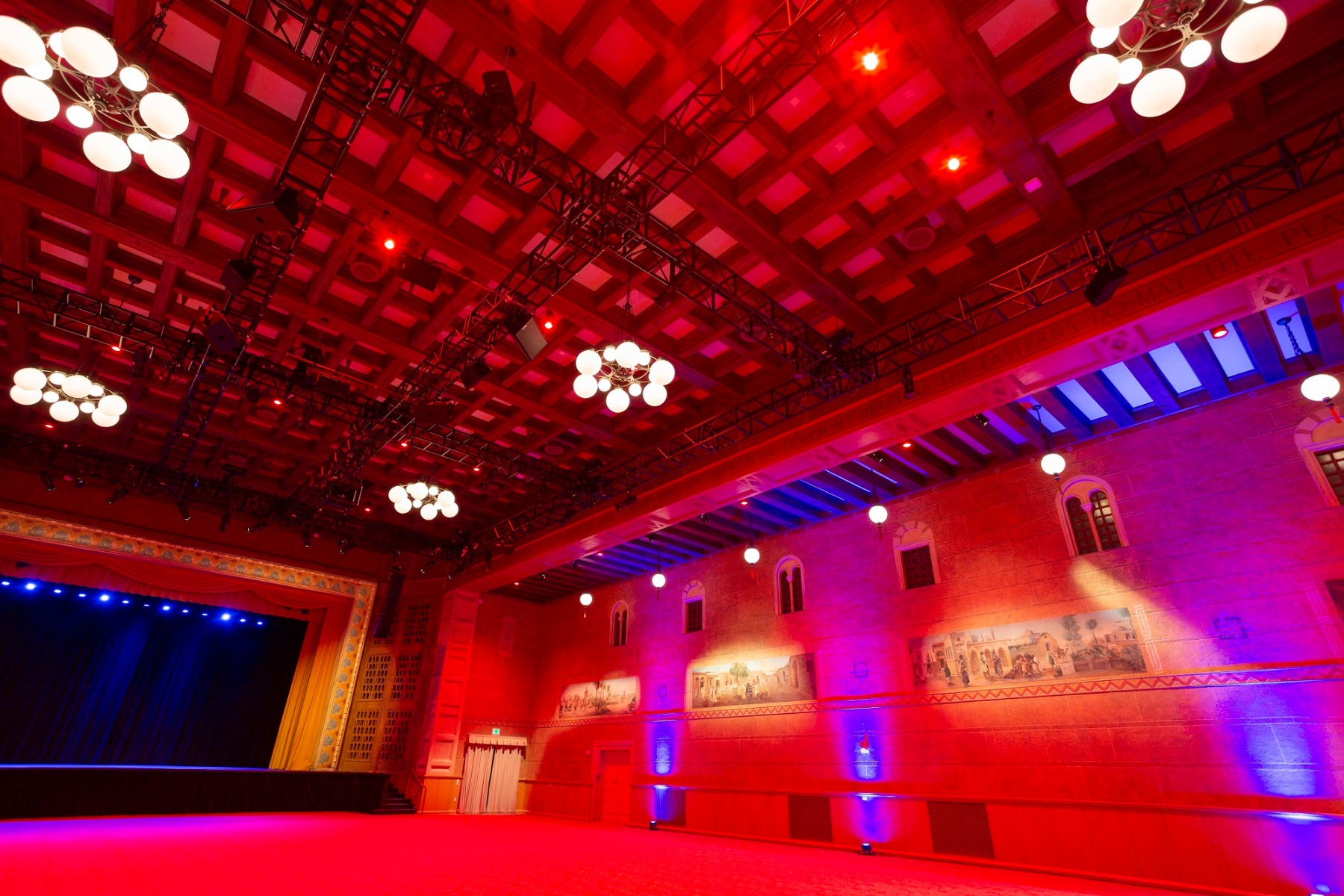