Few bands have built more excitement over the last couple of years than Regional Mexican band Grupo Firme. Out on a summer stadium tour across the U.S., the Tijuana banda and norteño group are performing beneath a rig of Elation Professional Smarty Hybrid and Rayzor 760 moving heads supplied by 3G Productions.

Grupo Firme rose to fame in 2020 with a string of hit singles and has won a number of accolades in recent years, including a Latin Grammy for Best Banda Album. As a testament to their rising popularity, in 2021 the band sold out seven straight shows at Crypcto.com Arena (formerly Staples Center) in Los Angeles! In 2022, they became the first banda ensemble to ever play at Coachella.

3G Productions
The band's star is clearly rising and full-service production company 3G Productions has been there providing support along the way. This year, with its popularity soaring, the band expanded its "Enfiestados y Amanecidos Tour" to stadiums in the U.S., a tour-de-force that kicked off at SoFi Stadium in Los Angeles on May 28th. 3G serves as the full production company for the tour, providing audio, lighting, video and rigging equipment. Ideally located to service the show from its facilities in Las Vegas and Los Angeles, the company also provides production support for all shows with a full staff of project managers, designers, and engineers.

Complementary lighting
Lighting Designer/Op on the tour is Arturo Sanchez with production design by 3G Vice President of Production Andy Ruiz. Ruiz comments, "Grupo Firme shows are big on video and to make the video really pop we needed a complementary lighting system. With the Elation gear we acquired in the spring, we were ideally positioned to outfit the tour." In May of this year, 3G added 130 Smarty Hybrid and 60 Rayzor 760 to inventory-along with 40 Cuepix WW2 Blinders-and the lights were immediately put to work servicing the Grupo Firme stadium tour.

Diamond grid
The centerpiece of the design is a diamond grid filled with 96 Smarty Hybrids and outlined with LED video. The multifunctional CMY moving heads produce up to 11,000 lumens and accentuate and complement the video heavy set with beam looks, washes and gobo effects. "The Smartys look great in the rig and punch right through the video," Ruiz says. "They are competing with bigger fixtures in the rig and we were surprised how punchy they are." Arturo Sanchez has been programming and operating lighting for the band for almost three years. He adds, "I like the Rayzor 760's powerful output and the speed of the Smartys is excellent. Both fixtures have done a great job on the tour."

Mounted all the way around the diamond rig are 40 Proteus Rayzor 760s, wash effect lights with 7x 60W RGBW LEDs and ultra-wide 5° to 77° zoom. Used for stage washes and specialty eye-candy effects, the designer points them toward the audience for color blinder looks and even incorporates the unit's 360-degree continuous rotation for high-energy moments. Ruiz also incorporates the fixture's patented SparkLED pixel sparkle effect to reinforce a special moment in the show. As an elevator raises an artist 20 feet up in the air, twinkling LEDs on the large face of the Rayzor 760s provide an elegant background impression.

"The Smarty Hybrid and Rayzor 760 are an ideal pairing and together can be used to create a multitude of unique looks on shows like this," commented Keith Conrad, CEO at 3G Productions. "Their compact form allows them to be used in quantity, where they really excel, and their versatility means they can fulfill a number of roles in one show. We anticipate specing them on a large variety of projects."

Grupo Firme are poised to become Mexico's hottest pop band in 2022 and the stadium tour has quickly become one of the most talked-about in North America. The final show will take place at Allegiant Stadium in Las Vegas on September 15th, the eve of Mexican Independence Day. 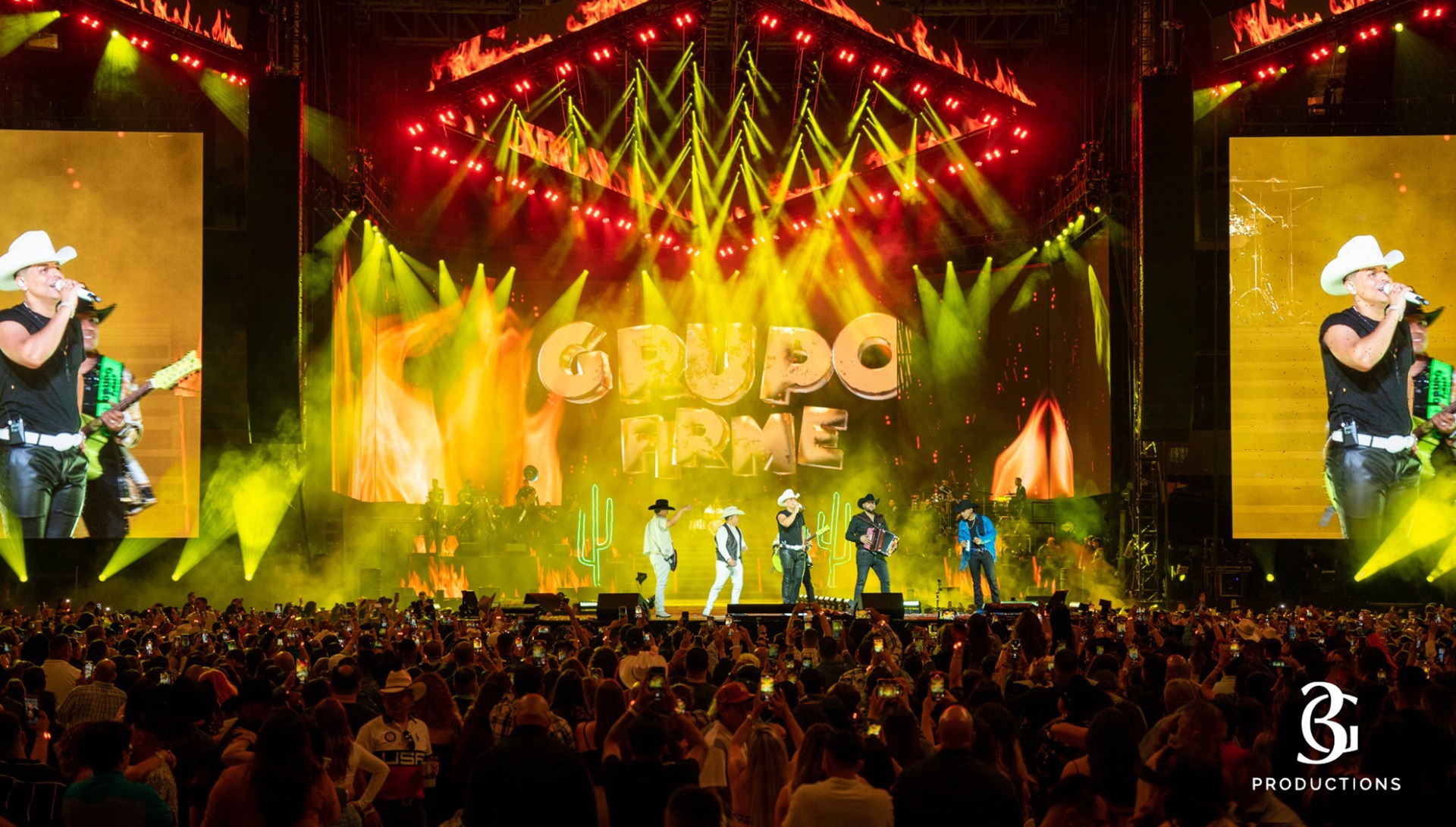 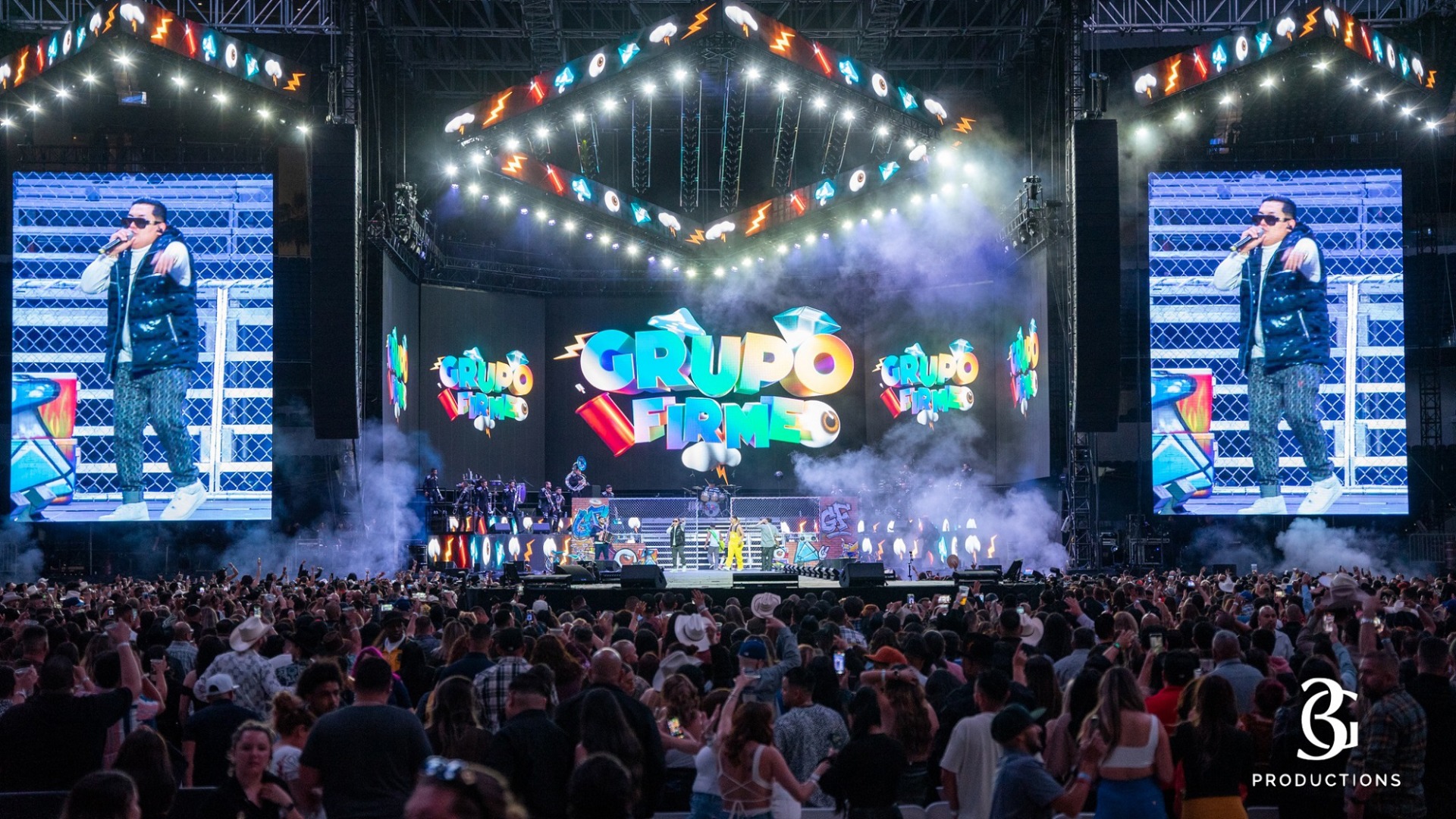 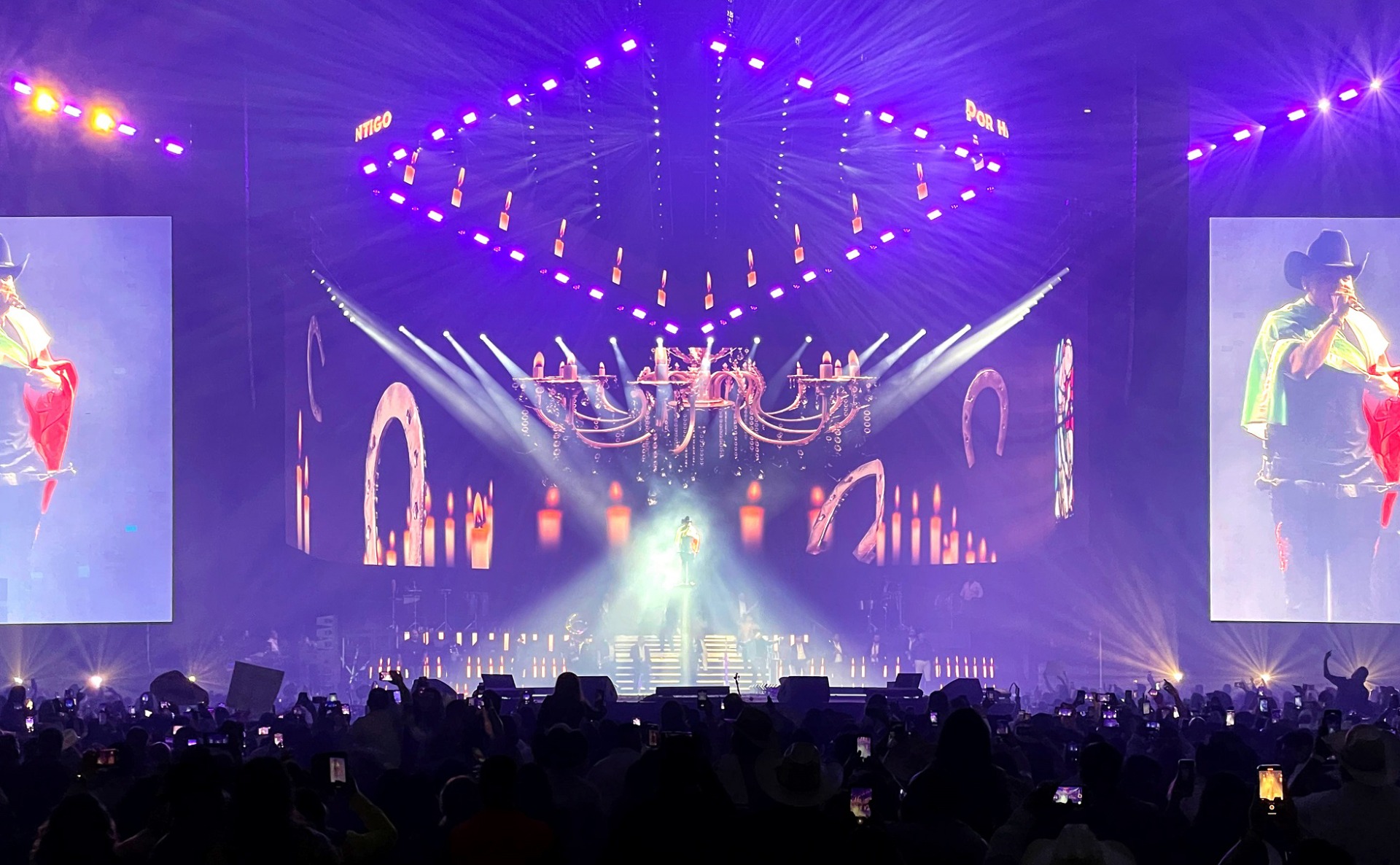 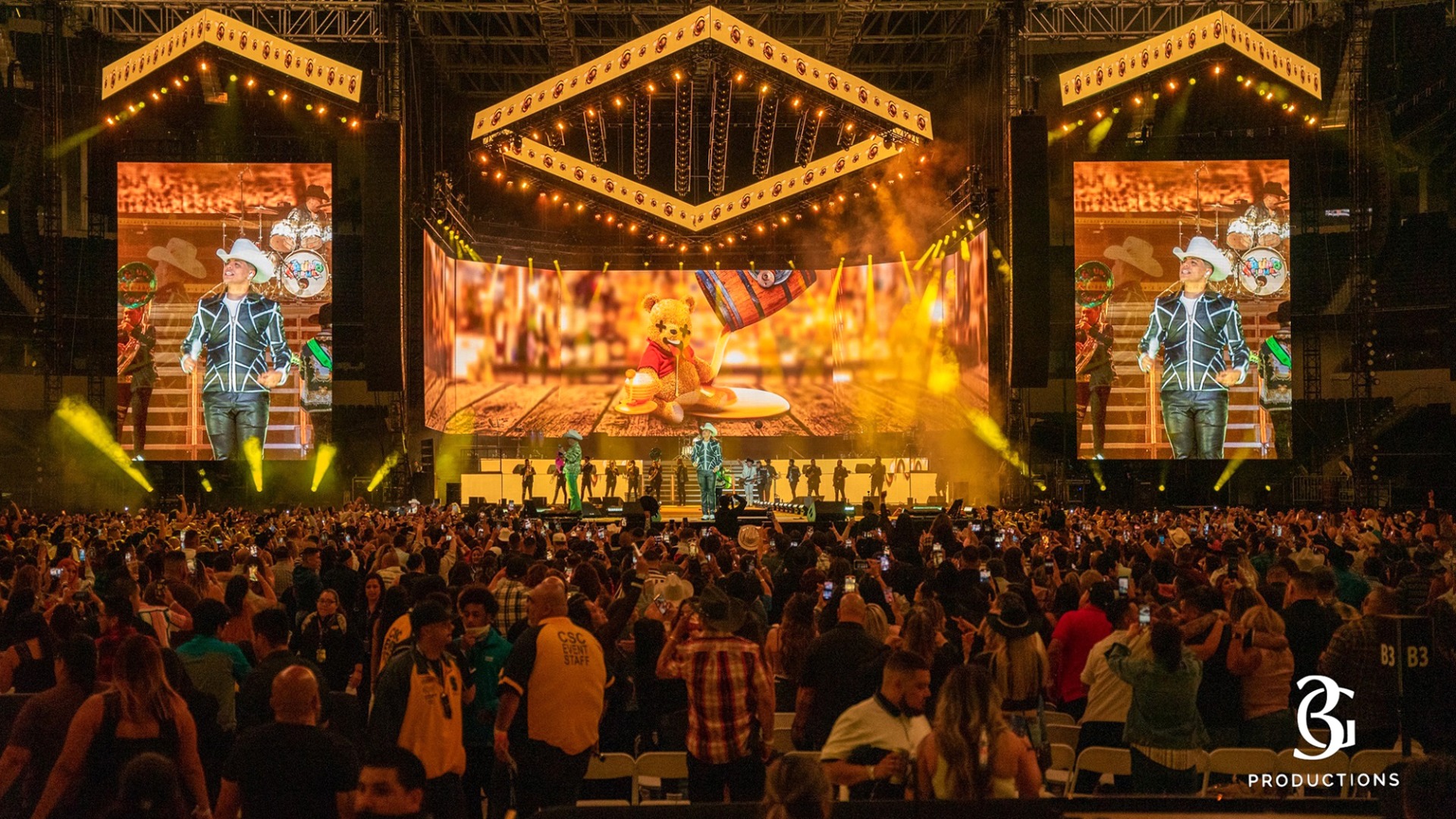