When the new Biden-Harris administration asked New Radicals frontman Gregg Alexander to play "You Get What You Give" at their January 20th virtual "Parade Across America," producers ESM Productions and A/V provider Synergetic stepped in to help make it happen.

"Scott Mirkin, President & CEO of ESM Productions, had seen our new studio streaming space and called just a few days before the Inauguration as he thought the stage would be a good setting for the New Radicals performance," comments Jason Weldon, President and CEO at Synergetic. "When he came in to refresh his memory, as soon as he walked in he said he knew the space would be perfect."

Last summer, Synergetic converted a portion of their warehouse in Bensalem, Pennsylvania, to a professional studio for live streaming complete with a full Elation Professional lighting system. As the traditional inaugural parade was not an option this year, a virtual celebration with performers from across the United States was organized and Synergetic ended up fulfilling a key role. "To have them call us and have our studio space featured on such a national stage was huge," Weldon said. "It was a great experience for our team and significant recognition for all the hard work we've done over the last eight months."

The New Radicals performed their hit "You Get What You Give" using Synergetic's lighting setup of 12 Artiste Picasso™, 6 Artiste DaVinci™ and 12 Rayzor 760™ LED moving heads, along with 12 Platinum Beam 5R™ movers and 14 Seven Batten™ strip lights. A floor package of 4 Cuepix Blinder WW4s™ was added for the performance. Lighting design was a co-effort by Synergetic's Chris Gentile and Scott Clyve of ESM Productions.

Opening the studio, which is used by musical artists and corporations alike, has allowed Synergetic to pivot from their usual business of supplying entertainment technology gear for live events in the Mid-Atlantic region. The 5,000 square foot studio has everything a client needs: lighting, audio, video, cameras, teleprompters, mics, mixers, staging and more. Synergetic technicians and lighting design assistance are also available.

Having broken up just months after "You Get What You Give" became a hit all over the world in 1999, the New Radicals performance proved one of the most anticipated of the Inaugural Parade. The song has a personal connection to the Biden family as Joe Biden mentioned it in his autobiography and the lyrics were recited at Beau Biden's funeral. Alexander said that he hopes the group's performance of the song can be a "tiniest beacon of light in such a dark time." 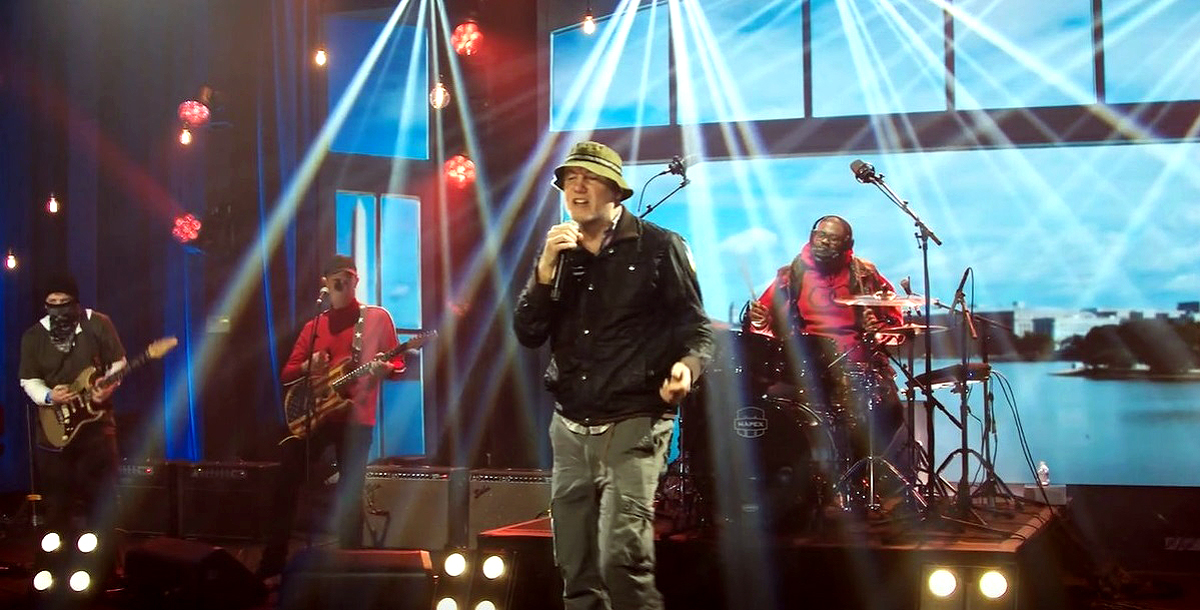