Colorado production house Brown Note Productions was hired by longtime client Danny Wimmer Presents to provide audio, lighting and video production for a special online performance by alt-rock band Puscifer from experimental town Arcosanti in the high desert of Arizona. Called on to create evocative visual atmospheres for the shoot was lighting designer Sarah Landau (A Perfect Circle, Childish Gambino, M83), who turned to an IP-rated rig of Elation lighting to brave the desert elements.

Landau has designed for Puscifer since 2016 and handled production design for the Arcosanti event along with Puscifer guitarist and producer Mat Mitchell. Puscifer, known for their eclectic live productions, performed their new album "Existential Reckoning" across a 3-day shoot September 24-26 from the arcology site, a one-of-a-kind lifestyle project that is a fusion of architecture and ecology. The stream was released on October 30th.

Arcosanti has the goals of 'combining the social interaction and accessibility of an urban environment with sound environmental principles, such as minimal resource use and access to the natural environment,' and sits amidst a land preserve 70 miles north of Phoenix. The ethereal site supports perfectly the alien tones of the album, and as Puscifer frontman Maynard James Keenan lives and runs a vineyard just an hour north of the site, it was a natural choice for the performance.

"The show took place in three acts in three locations around Arcosanti to showcase both the desert environment, as well as its epic experimental architecture," explains Landau, who says she was thrilled to be able to work there. "The first night of shooting, two songs were performed in the amphitheatre (Location 1), but with the band facing upstage and the tiered audience seating as the backdrop. Then, incorporating the production elements in a different arrangement, acts 2 and 3 used an in-the-round set of scaffolding with the band separated into quadrants by blow-thru video walls. This second plot was built twice, in two locations over two days: first underneath massive concrete arches (Location 2), and then in the desert overlooking a canyon and the Arcosanti buildings (Location 3)."

The performance, which was filmed with multiple cameras, was embellished with dynamic lighting, video graphics and fog effects, a combination of visual atmospherics that gave the shoot a powerful cinematic aura. Landau drew inspiration from video designers Mat Mitchell and Alisa Akay to make cohesive performance environments for the shoot. "Mat and I discussed early on his overall concept for the flow of the show from one location to the next, having different positions for the vocalists and ending with the sunrise. After starting more mysteriously, with shadows and close-ups, the camera shots evolved to gradually reveal more of the context, landscape and architecture."

The designer says the lighting brief was very "open-ended" and that the band trusted her to create a rig with looks that were aesthetically appealing from any camera angle. "Whether they ended up using a close up, or a jib or drone shot, dynamic lighting would be in the frame." The lighting setup included eight Proteus Maximus™ LED Profile moving heads used as key/front lights from trusses outside the playing circle for Locations 2/3 while four floor-positioned units worked as low sidelights in Location 1. Landau said she "required lights that would stay bright even in very saturated colors, and that had precise rotatable shutters to minimize spill."

Some 42 Proteus Rayzor 760™ LED wash moving heads were the main workhorses of the rig, used for backlight and eye candy. The fixtures were positioned on the floor in rows up the amphitheatre's seats with five used as individual floor backlights for band members in Location 1. In Location 2 and 3, Rayzor fixtures hung from the scaffolding and truss and also served as band floor backlights. "The Rayzors sold me with their sparkle LED element, as well as the 360-degree pan and tilt," she states and says the look of the song 'A Singularity' was built to showcase the Rayzor's unique SparkLED™ background sparkle system. "I matched the palettes of all the other fixtures and the video content to the SparkLED's CTO, and used a breakup gobo for key light with the Maximus fixtures. The twinkling of the SparkLED, glittering video content, and rotating gobos made it my favorite look of the show -cohesive, simple, and classy."

The Elation IP-rated luminaires were outside in the dust and extreme heat of the Arizona desert for three days yet Landau reports there were "zero problems" on site and that "nothing needed switching out or repairing." She is grateful to Ryan Knutson at Brown Note Productions for suggesting the Elation gear and adds that they were also budget-conscious when choosing equipment. "I'm thankful for the lighting team of Joe Casper, Parker Wall and Kyle Wolfe for working hard and bravely in 100-degree days and rattlesnake nights. I am also appreciative of programmer Joe Watrach, who made the best of every fixture's parameters with speed and precision," she concludes. 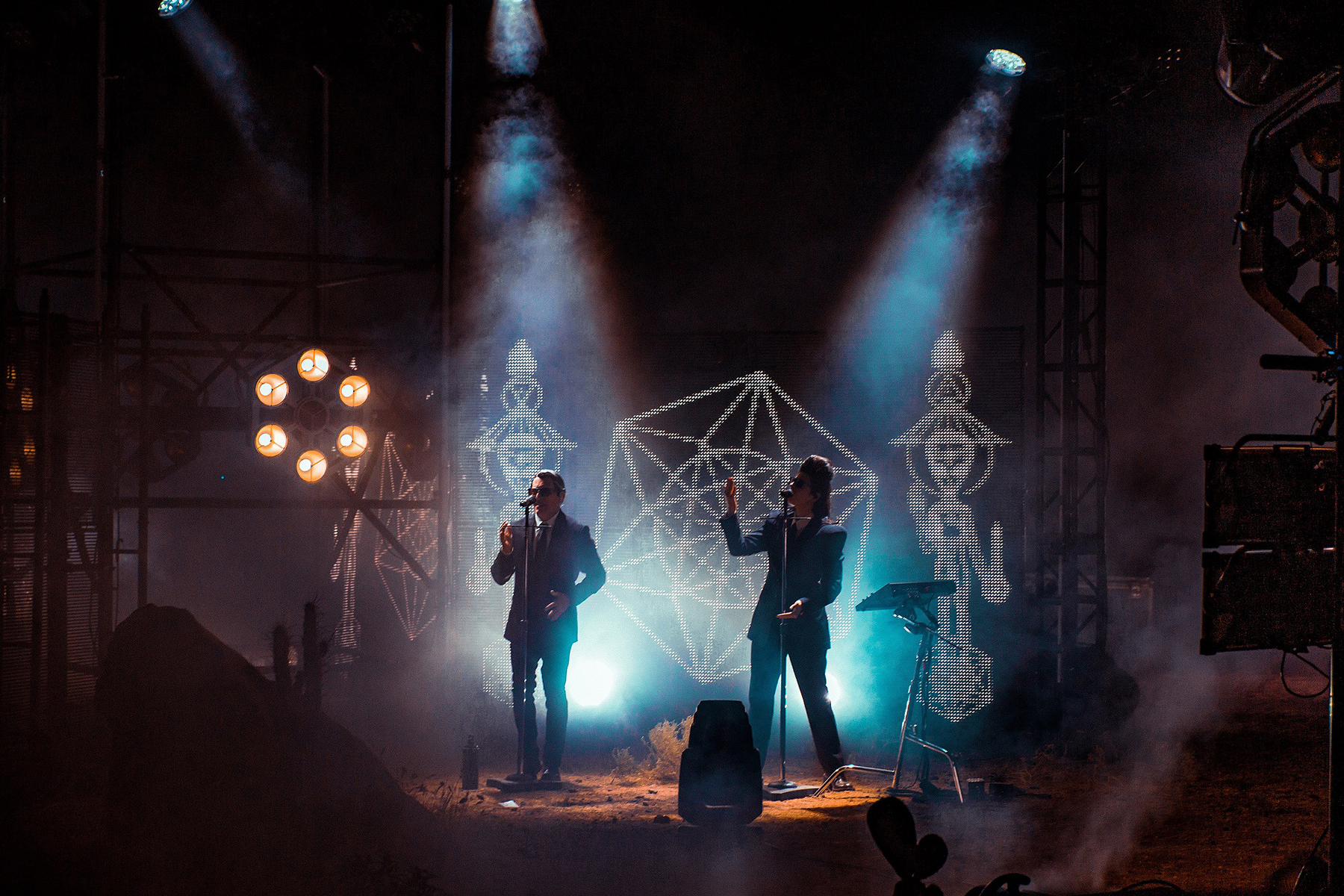