In mid-August, Matchroom Boxing and sports streaming service DAZN placed a boxing ring in the middle of the street in downtown Tulsa for a night of fighting action that gave a whole new meaning to street fighting. Omni Lighting in Tulsa was called on to light the event for co-producers Matchroom and DAZN and chose to support the action using an adaptable rig of Elation lights. Holden Productions promoted the event locally.

There are few things more exhilarating than a good boxing match where two evenly matched opponents go toe to toe to see who's got the most grit. Tension runs high and the excitement level is at a peak both leading up to and during a bout. That suspense is the result of a number of factors, not least the lighting environment, which can ratchet up the fervor one moment then settle to put clear focus on the task at hand once the bouts begin.

High visibility promotion - Artiste MondrianWanting to stage something unique and spectacular, DAZN and Matchroom placed a ring at the intersection of E. 5th Street and S. Boston Avenue in the heart of Tulsa, with no fans present and strict social distancing and medical protocols in place for the full night of action. In a unique display of high-visibility promotional lighting, Olsen got his hands on some of the first Elation Artiste Mondrian™ moving heads available and used the 51,000-lumen strong LED luminaires to project logos onto the nearby 52-story BOK Tower skyscraper prior to and during the boxing matches.

"The BOK Tower was our target building for logo projection but it lies at the end of the street so our challenge was how to project a logo onto the building at that distance," stated Omni Lighting's Jeff Olsen, who adds that they had a Batman logo gobo created by Apollo to use as a test image. "That's where the Artiste Mondrian came into play. We had heard about it from [Elation Sales Rep] Joe Adams, looked at the specs and thought it would be just the right light for this."

Prior to the event, Olsen tested the long throw to the BOK Tower using the Batman logo and was happy with the result. "The throw is about 2 ½ city blocks which translates into a 1,018 foot projection distance up to the building," he said. "The 51,000 lumens got the job done and it looked great." Before and during the event, two different gobos were projected using two Mondrians, a DAZN logo onto the BOK Tower and the Matchroom logo onto another building. Other lights were also used to throw logos onto adjacent buildings.

Elation rig - spirited to static
Boxing requires highly dynamic, high-speed lighting looks for boxer introductions, pre-bout hype, and between round looks, as well as disciplined static white light onto the ring once the boxing match starts. The two-fold task is ideal for easily repositionable, automated luminaires and a string of Elation luminaires were used in the overall design.

The atmosphere in the build up to a good match is critical for both the fighters and the audience, in this case an exclusive live broadcast on DAZN. For rousing fighter entrances on the red carpet, 24 Dartz 360™ LED beam/spot moving heads lined the runway, shooting beams and ballyhoo effects skyward while fog jets blared and background LED screens flashed. Adding to the energy from the upstage portion of the rooftop, and used for beauty shots for camera, were effects from compact Elation Rayzor 360Z™ LED beam moving heads with zoom.

Once the fights started however, the special effects stop and the fixtures crossfaded onto the boxing ring in carefully positioned white light, working with rows of regular PAR lights diffused for an even white wash across the ring. Between rounds, the effect lighting again turned dynamic with moments of movement and effect. Additionally, Elation SixPar 200™ 6-color PAR lights were used to bathe the truss in warm color while in lieu of audience lighting a dozen Fuze Spots™, positioned left and right of the ring, panned special effects onto downtown buildings.

Omni supports #WeMakeEvents
Omni Lighting was a big supporter of September 1's #WeMakeEvents #RedAlertRESTART event in support of entertainment technology professionals and had the opportunity to use the Artiste Mondrians on that event as well. While the Omni facility in Tulsa glowed red from SixPar 200 IP™ luminaires, lined along their loading dock were Dartz 360™ fixtures as well as the two Mondrians, which projected high into the night as sky tracker effects. 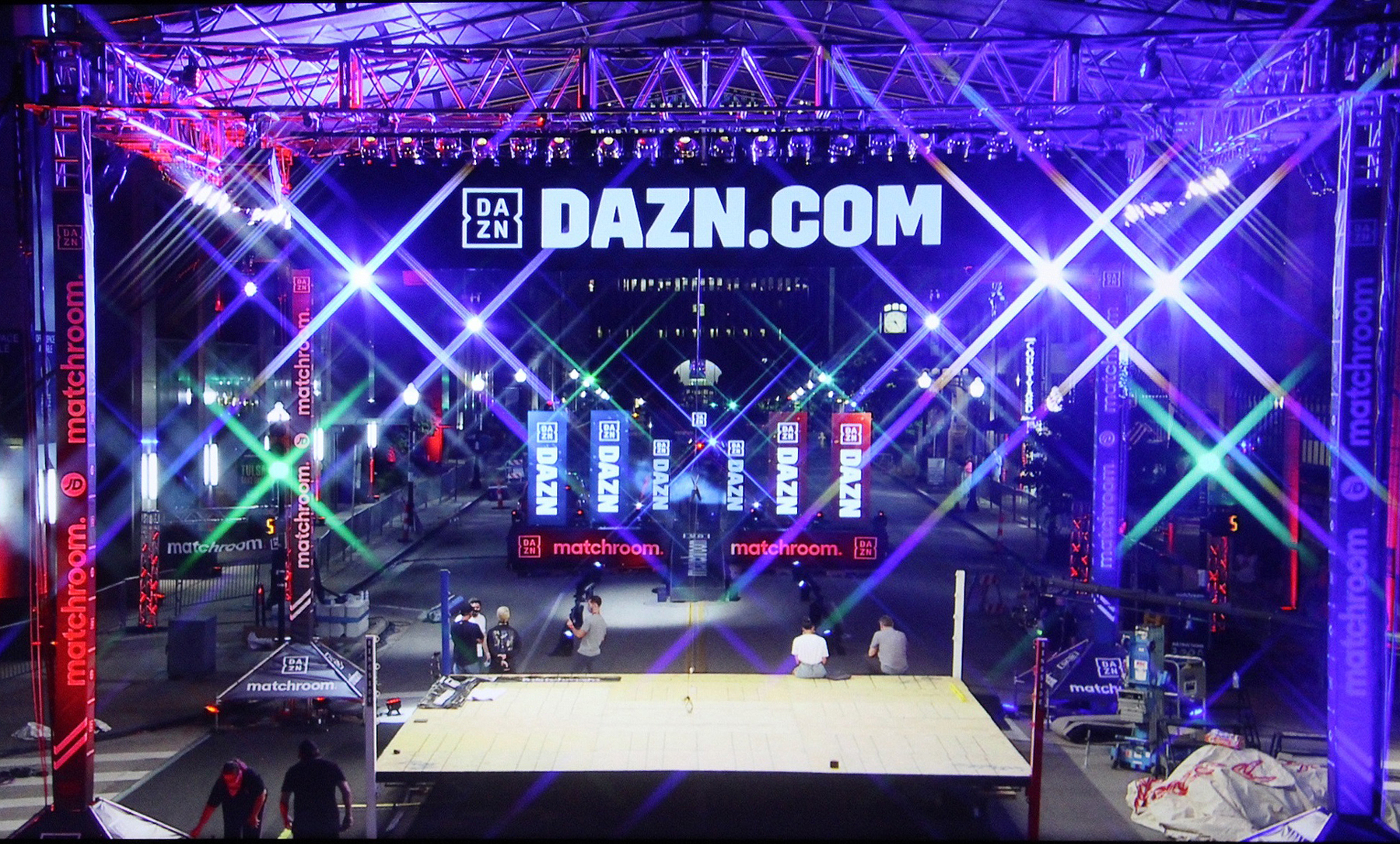 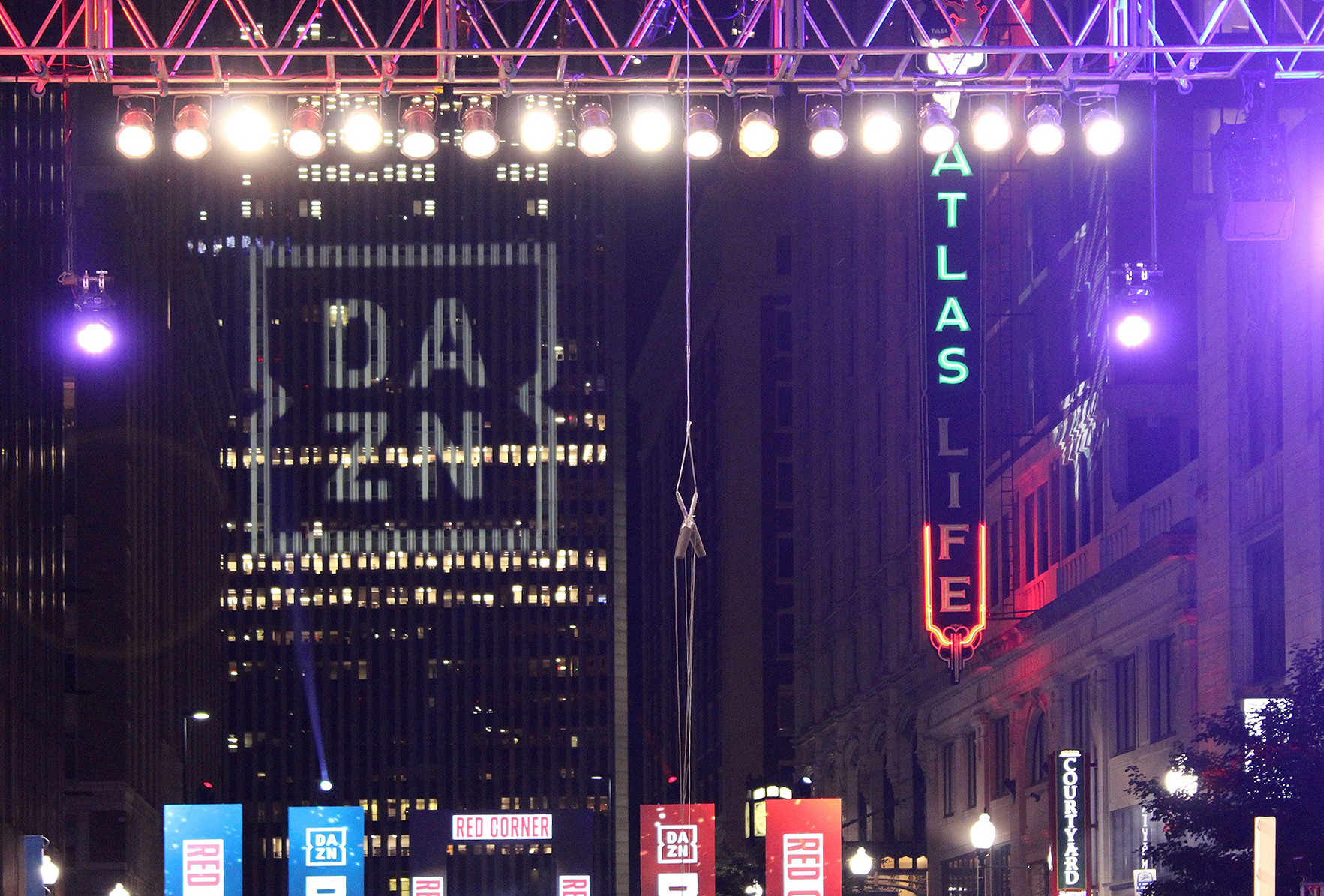 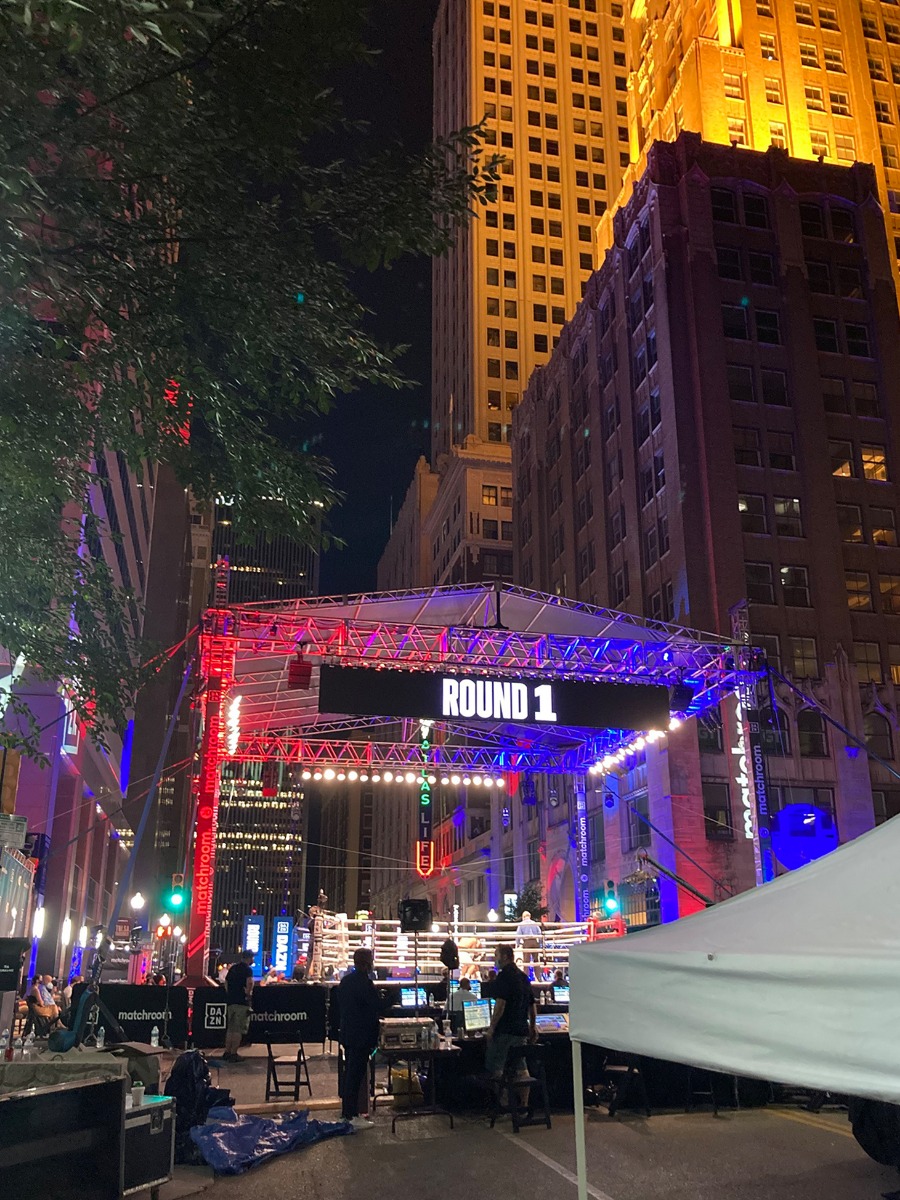 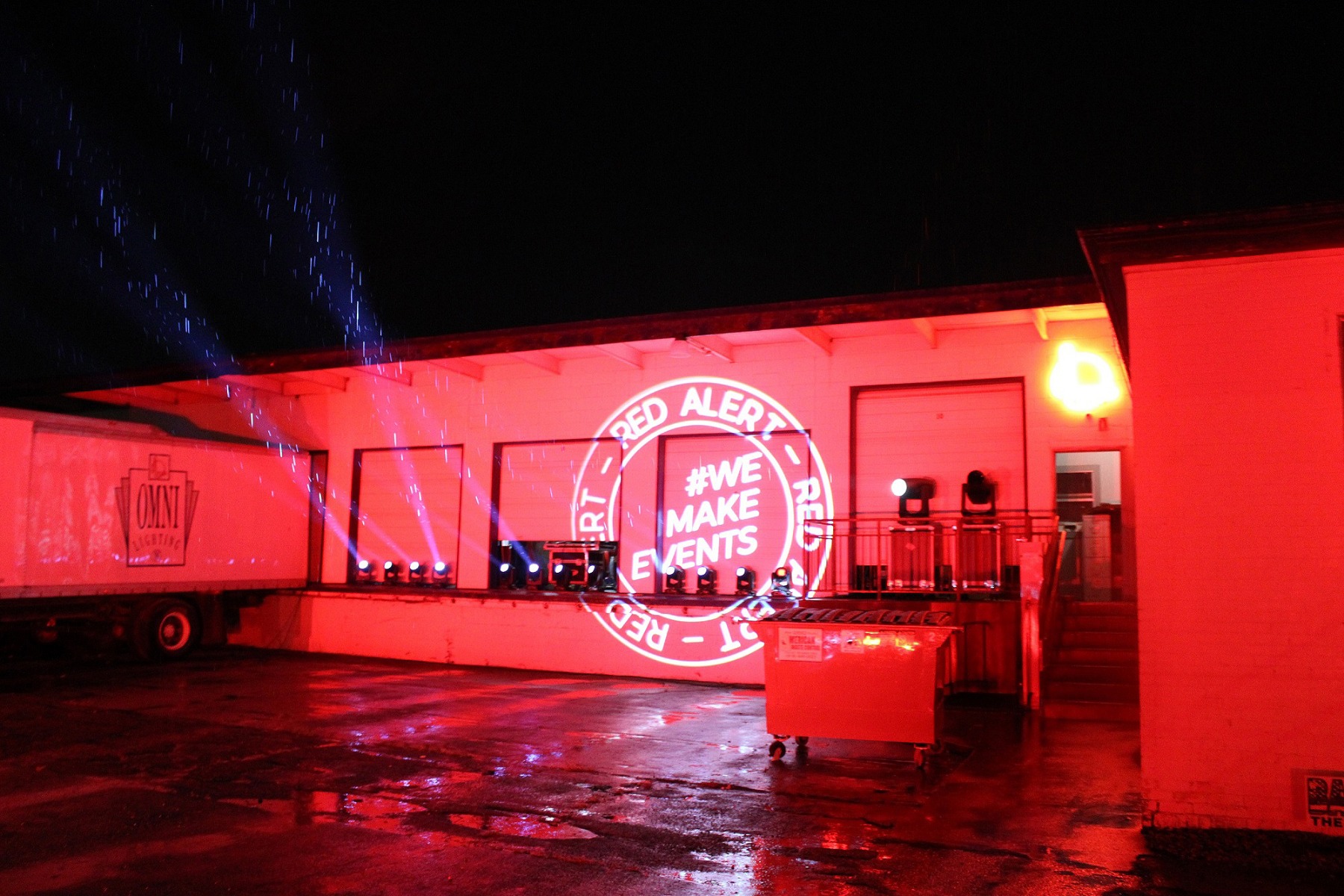