CC de Warandepoort Theatre in Tervuren, Belgium, near Brussels, took delivery of Elation Fuze Profile luminaires shortly before performance venues went dark in March and look forward to using the new full-color framing moving heads on a variety of productions once the theatre can again welcome patrons to its stage.

Warandepoort Theatre is a 370-seat performance arts venue and the cultural center of the municipality of Tervuren, presenting both modern and classic theatre, concerts, comedy, dance, film, and the occasional corporate or community event. Although many of the productions the theatre hosts carry their own equipment, according to Alexander Remmerswaal, technician at the theatre, many do not. "When that is the case, we are glad to step in with technical support by providing our own equipment," he says, clarifying that there is little budget for renting in gear. "We have wash fixtures in the rig but needed a fixture with breakup gobos to complement those so I started looking around at expos at the different possibilities."

Alexander quickly fell upon Elation Professional and discussions with Elation Key Account Manager for Benelux, Bert Schmeits, began. Together, over the course of several trade shows, Bert and Alexander considered which Elation products best suited their applications. "Alexander was looking for a high-quality profile moving head with framing shutters," Bert recalls. "He also needed a fixture with variable color temperature with a high CRI value so that the spots can be used universally, also as front light. As we had just launched the Fuze Profile and it fulfilled his main requirements, I suggested it to him."

Nevertheless, in order to make the best choice, Alexander independently invited various brands for an on-location demo at the theatre. In the end, two brands survived, which Alexander then wanted to assess side by side in a shootout. "We hung them next to each other and let them do the same thing at the same time," he recounts. "They were quite similar with only slight feature differences. The quality was the same and the weight nearly identical, but the price of the Elation unit was much better. When we saw the value we would be getting, we really couldn't choose anything else."

The most important features, says Alexander, besides the profile framing requirement with breakup gobo function, were a wide zoom, a nice dimming curve, and a small and light weight design. "Another big plus with the Fuze Profile is the power link out," which he says can be hard to find on profile and spot fixtures. "For us, that is a big plus because we will hang them and then take them down on a consistent basis. The cabling is most of the work so if we can just link them through, that makes setup and tear down much faster and saves an amazing amount of time."

The Fuze Profile fixtures will fulfill a number of lighting roles at the theatre depending on the production, but typical use will be as effect light and back light with some productions using them for frontlight as well. Although the Fuze Profiles will reside permanently at Warrandepoort Theatre, they were delivered with flight cases so they can take the units with them when they stage productions at one of their other locations, which Alexander says they do about once a year. "I actually did have the chance to add them briefly to a show just before we shut down," he discloses. "We used them as all around backlight with a breakup pattern onstage, which made the scene a bit more interesting to look at. That was a nice start but I look forward to when we can use the fixture's full functionality."

Lighting and sound supplier Sotesa, a company the theatre regularly works with, supplied the Fuze fixtures. "We really like to work with them as they are very professional," Alexander concludes. "Delivery was super fast. In fact, we had them already a week after ordering!" 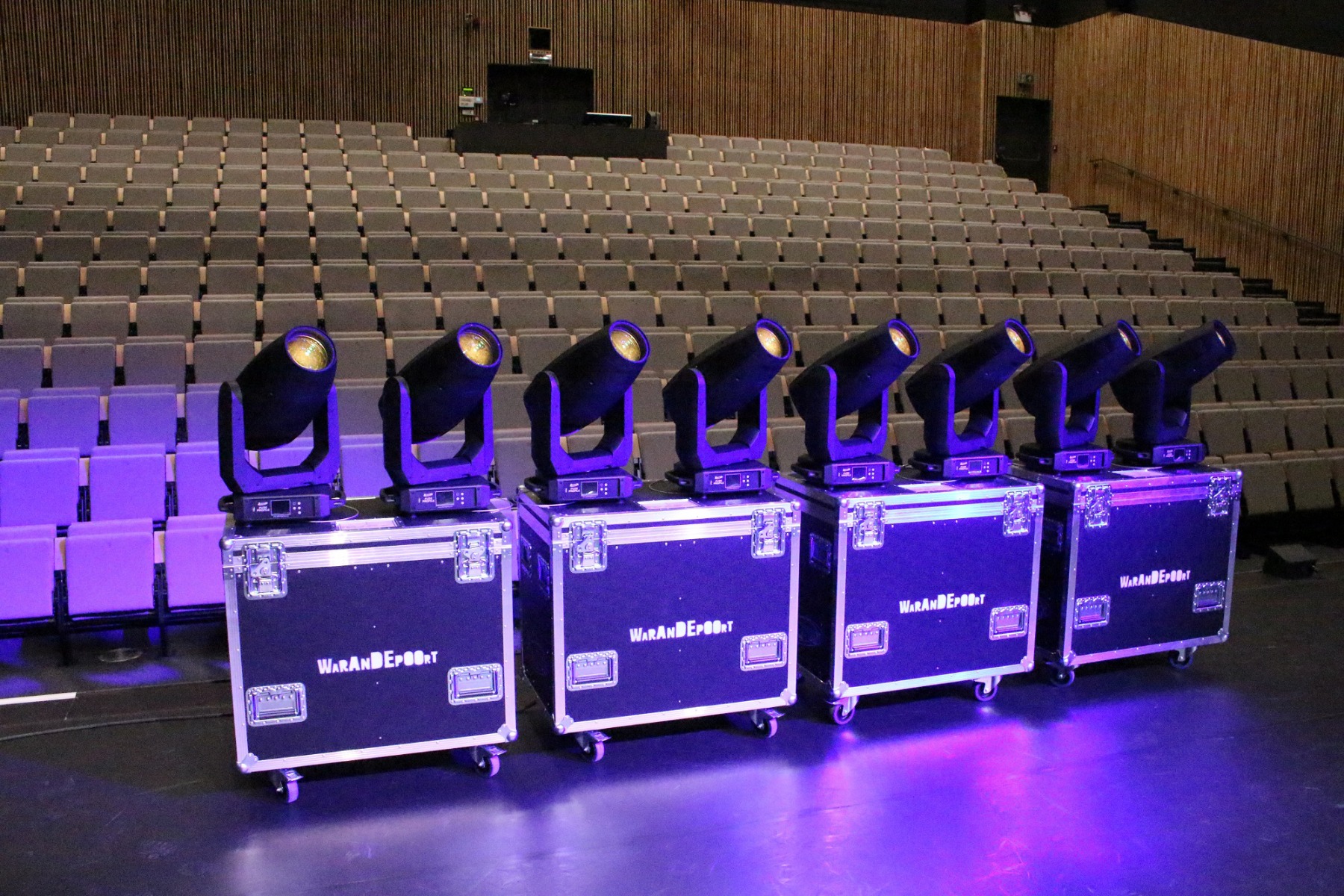