One of the most original bands in rock, Coheed and Cambria weave an imaginative tale across multiple albums through storytelling and hard driving music. The latest chapter in the Amory Wars storyline, which plays out on their new album "Vaxis II: A Window of the Waking Mind," was presented live to fans across the country on a summer tour with Elation Artiste Picasso luminaires helping to sculpt the mythical universe.

New Jersey-based rental company Squeek Lights started working with the progressive rock band earlier this year on a club tour and served as lighting and video vendor on the "A Window of the Waking Mind" summer outing. Squeek Lights owner Victor Zeiser designed the touring rig, developing the show's overall look and feel together with programmer and touring lighting director Ben Jarrett, also of Squeek Lights.

Jarrett explains that all of Coheed and Cambria's songs take place inside of an epic sci-fi world, each album another chapter in an ever-evolving story. When playing live, that story is echoed on stage with atmospheric lighting, LED graphics and full-size set pieces that help build a universe around the music.

"We kept the overall color palette 'space themed' with lots of lavenders and deep purples punctuated with oranges and CTO to create a sense of galaxies and stars," Jarrett explained. "The set included a custom-made, inflatable set piece called 'The Quintilian Speaker,' a 28' tall alien monster with long tentacles that stretched out towards the audience. I programmed movements in a way that gave the lighting rig tentacles of its own to give the impression that The Quintilian Speaker was reaching out towards the audience to pull them into the story."

Elation's CMY Artiste Picasso moving head fulfilled the requirement for a full featured LED spot that could serve multiple roles on the show. Housing a 620W white LED engine with 23,000 lumens of output, it includes design features useful on a creative Coheed show like graphics, animation wheel, zoom and framing. Jarrett used them as the primary spot fixture "washing the stage in texture or snappy zoom chases, all while being punchy enough to read."

A feature he made special use of is the fixture's full 360° bi-directional animation wheel. "Specifically I liked the way it looked on the Quintilian Speaker," Jarrett said. He added that he used the cone gobo on gobo wheel 2 at different zoom angles for big looks out into the audience. "A happy accident I discovered while programming is if I combined the cone gobo with the circular prism (with some rotation) it looked a lot like the band's main logo 'The Keywork.' I used this look heavily in one of the fan favorite songs "A Favor House Atlantic."

Eight Artiste Picasso units worked from the upstage truss with another five units on the midstage. A further six units were positioned on the floor on cases upstage of the band. In addition, two units on the floor and two on the downstage truss provided specials for the inflatable Quintilian Speaker set piece. A pair of large backdrop screens, made up of LED panels by Elation sister-company ADJ, provided graphical support.

The "A Window of The Waking Mind" tour ran from July 12 to August 17 at venues across North America and was the band's first major headline tour in five years. A European leg kicks off in the UK on October 14. "It was a very fun and smooth run!" Jarrett sums up. "I owe a lot of thanks to my fantastic LX/video crew: "Chud" Williams-Lead LX Tech, Spencer Smyth-Tour Rigger/ Stage Manager, and Andre Dionne-Lead Video Tech." 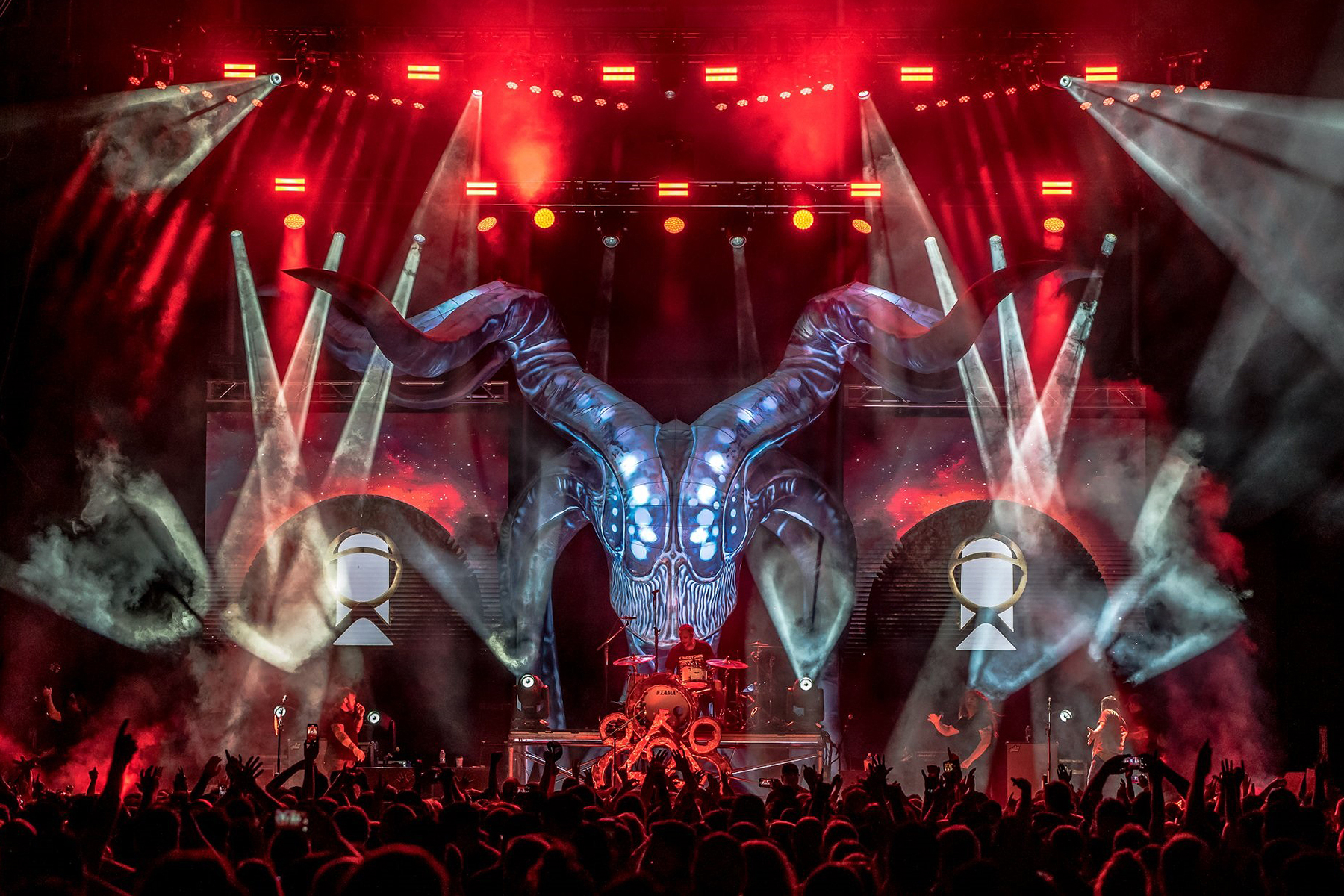 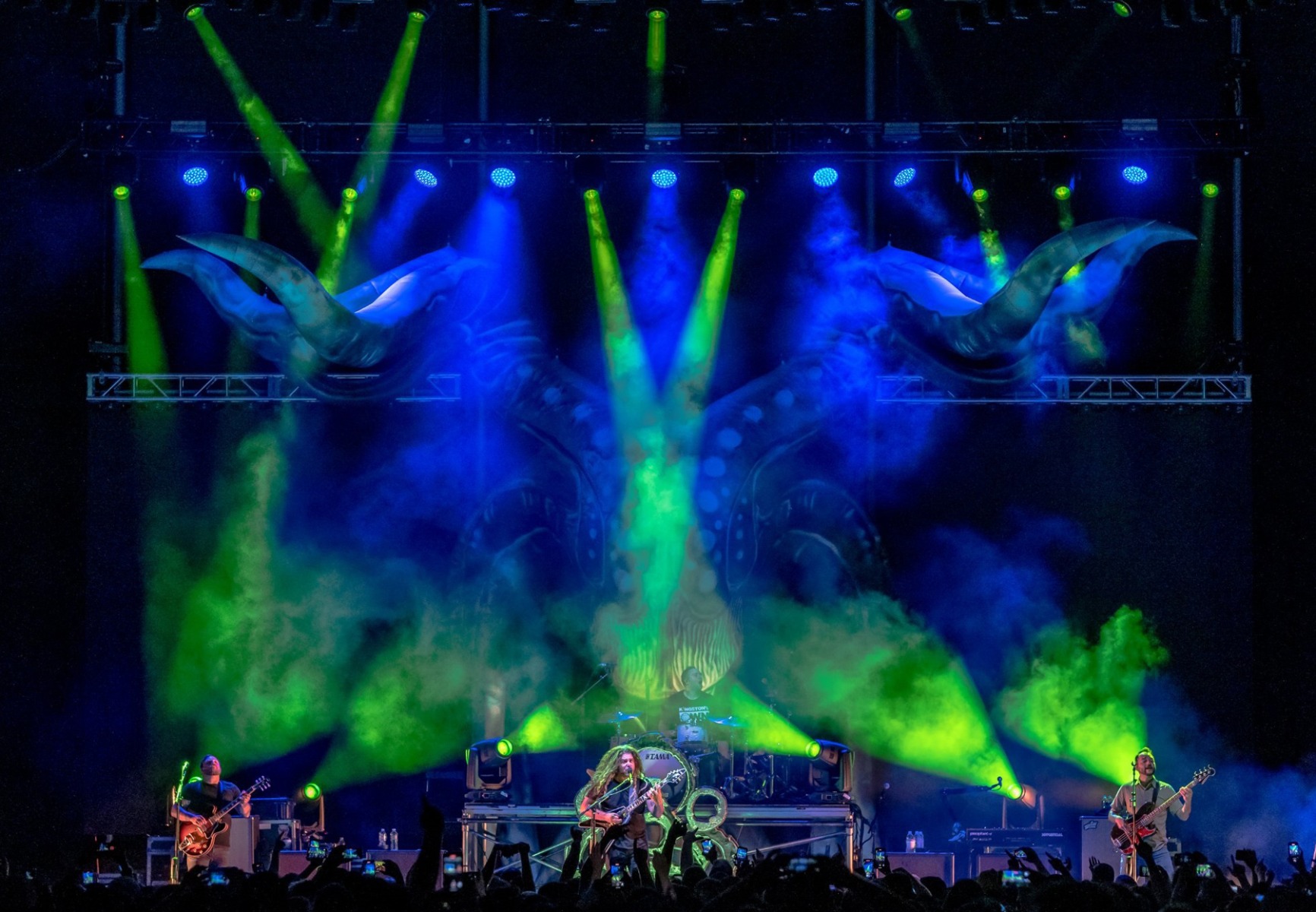 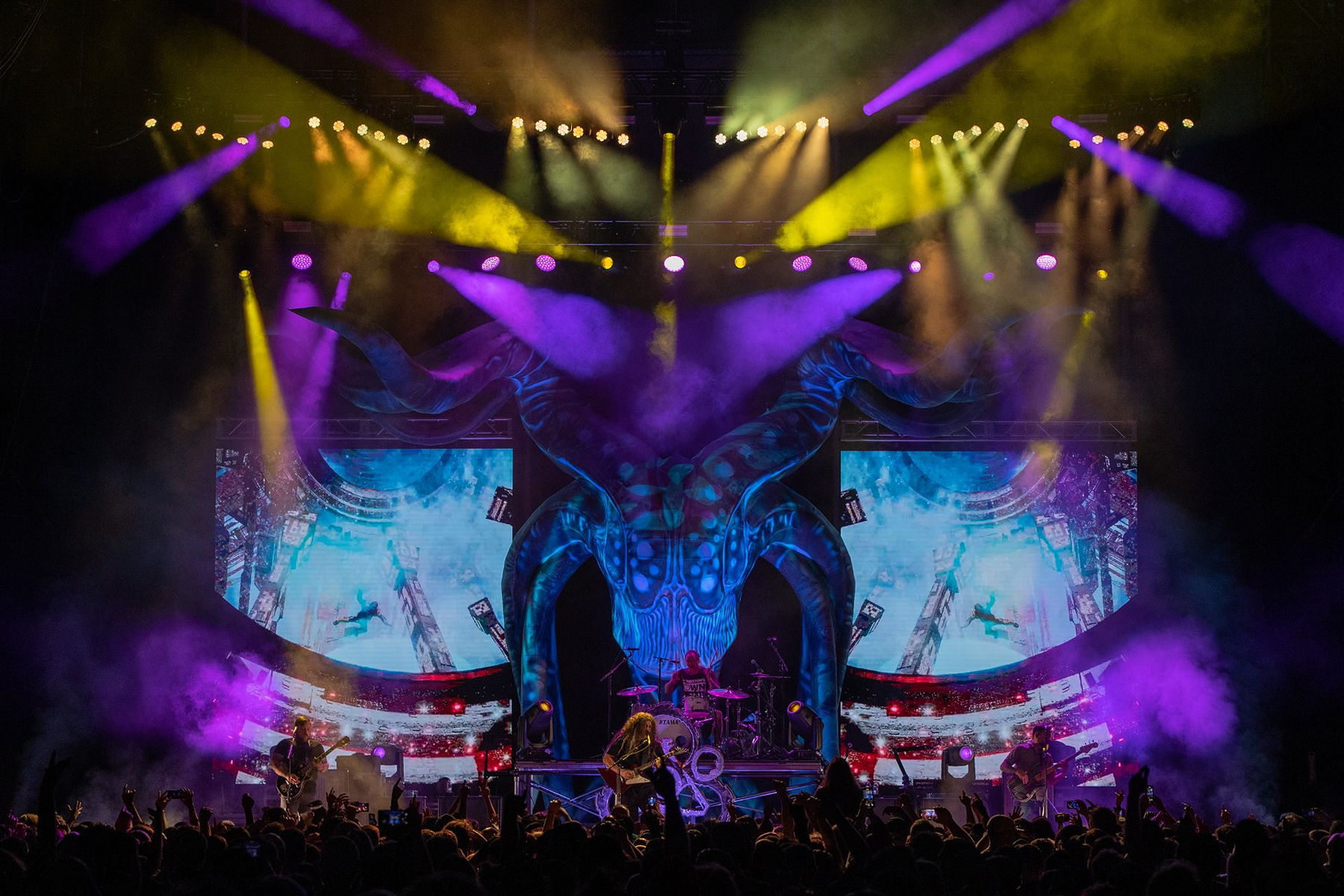 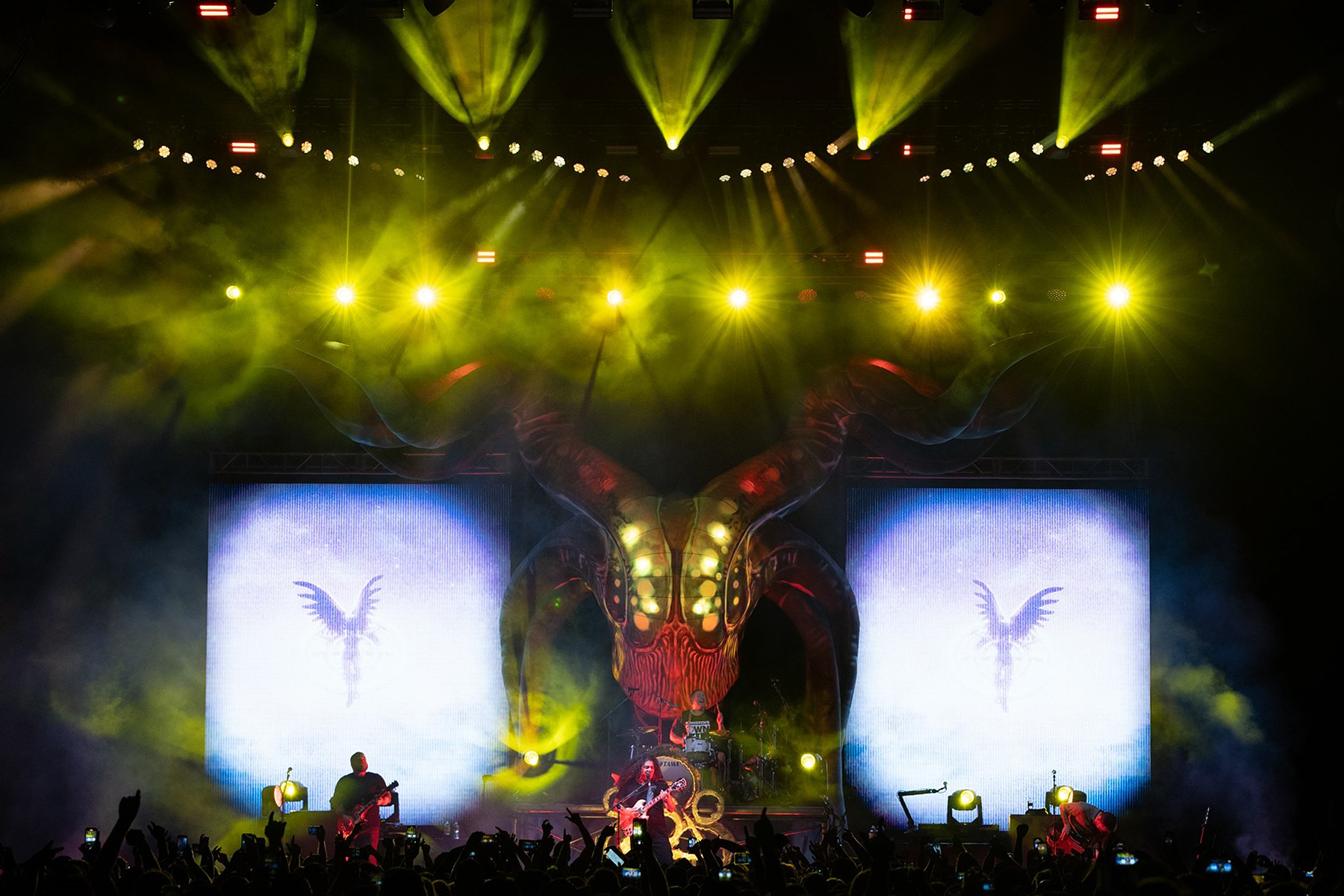