Audico Systems has installed 281 of Elation Professional's dynamic Fuze Pendant LED downlights in Finland's Tampere Hall in what is one of the most spectacular house lighting installations in the world. Located 180 kilometers north of Helsinki, Tampere Hall is home to the Tampere Opera and the Tampere Philharmonic Orchestra, and is the largest concert and congress center in the Nordic countries.

Innovative upgrade
The impetus for the house lighting upgrade stemmed from EU regulations that will effectively end the use of certain halogen bulbs, coupled with the fact that the venue's old house lighting system was nearing the end of its lifetime. The project commenced in 2018 with Audico (www.audico.fi), Elation's Finnish partner based just west of Helsinki, conducting product demos of various house lighting fixtures, including the Fuze Pendant.

"The venue required good quality white light with high color rendering and also highly saturated colors for effects. The fixtures also had to be very silent," explains project sales manager at Audico, Tapio Järvinen, who has worked with the venue on various projects over the past eight years. "We chose the Fuze Pendant because of the good light quality (CRI of 90) and the good dimming. It also had enough output to cover the venue and because it is fanless it does not make a noise." Järvinen says that a color-changing solution was not necessarily a requirement at the beginning of the project but as the jump from general halogen to LED-based lighting was happening anyway, the leap wasn't made any more difficult by adding a color-mixing option but instead was a positive addition to the system.

Audico
Audico supplied the fixtures and handled design of the lighting and control systems, working closely with the venue's lighting technicians. The company also handled installation and commissioning of the fixtures, as well as installation, commissioning and programming of the control system. Audico completed the main part of the installation in the summer of 2020 with additional work completed in March of this year. Ramboll Finland completed the design for the electrical systems.

One of the biggest challenges that the Audico team had to deal with was time constraints. The majority of the installation took place over a three-week period last summer where over 370 existing halogen lights were removed and replaced with 281 Fuze Pendants along with 100 other LED downlights. Five dimmer cabinets were also removed while five switchboards were installed and all data cabling completed.

Green value
Tampere Hall is a carbon neutral building and has operated as a green value pioneer in Finland for years, emphasizing environmental and social responsibility in its operations and procurement. With environmental responsibility one of its guiding values, the fact that the new house lighting was LED-based was extremely important to them.

"The savings comes from more precise control, the ability to control each light individually," Järvinen says. "For example, now they can turn on only a few lights if needed or only turn on lights in a certain area, like over the stage. Because they have more precise control, they have no reason to keep lights on all the time. The lighting renovation was intended to consider not only energy efficiency but all users of the Hall from visiting lighting designers to the daily cleaning staff."

The result is a system with fixed scenes for different kinds of use: orchestra rehearsals, audience arrival, cleaning, etc. Järvinen says a power limit for the Fuze Pendants has been set at 80% "but when the system is all on it still only runs at 40% so there is plenty of output in the Fuze Pendant!" The 11,000-lumen fixtures are equipped with 25-degree lenses and were recessed in already existing positions using a custom mounting piece. The narrower lens was necessary for the long throws, which range from 15 to 18 meters. With color temperature of the Fuze Pendants adjustable from 2,400 - 8,500K, the house look in the space has been set at 3000K.

Fuze Pendant
The Fuze Pendant's full spectrum 230W RGBWL array and adjustable color temperature allows the Hall to change the feel of the room whenever needed or color match with anything happening on stage. Järvinen comments: "It's fun to have a system that can do so much but I think my favorite look overall is 'all on' which is basically a warm white scene. It's so easy to get good warm white with good color rendering from the Pendant's color mixing. Another favorite feature is the ability to quickly create pixel mapping effects." The lighting is controlled via an architectural control system or an automated lighting console and runs across four universes of DMX control.

New possibilities
The first events using the new house lighting system have already taken place, including several large TV productions. One of those broadcasts was so enamored with the new lighting that they chose to film the event from positions backstage in order to use the house seating area as a beautifully aesthetic background. The Tampere Philharmonic Orchestra also live streams from the space each week.

Järvinen reports that the client is very excited about the new system and that lighting technicians were especially eager to investigate the new possibilities. Noteworthy to mention is that the Fuze Pendant system in Tampere Hall is not the only Elation house lighting solution at the venue. In an adjacent hall in the complex, 69 Elation Colour Pendants are also used for dynamic house lighting.

See a video of the Tampere Hall house lighting with the Fuze Pendants at: 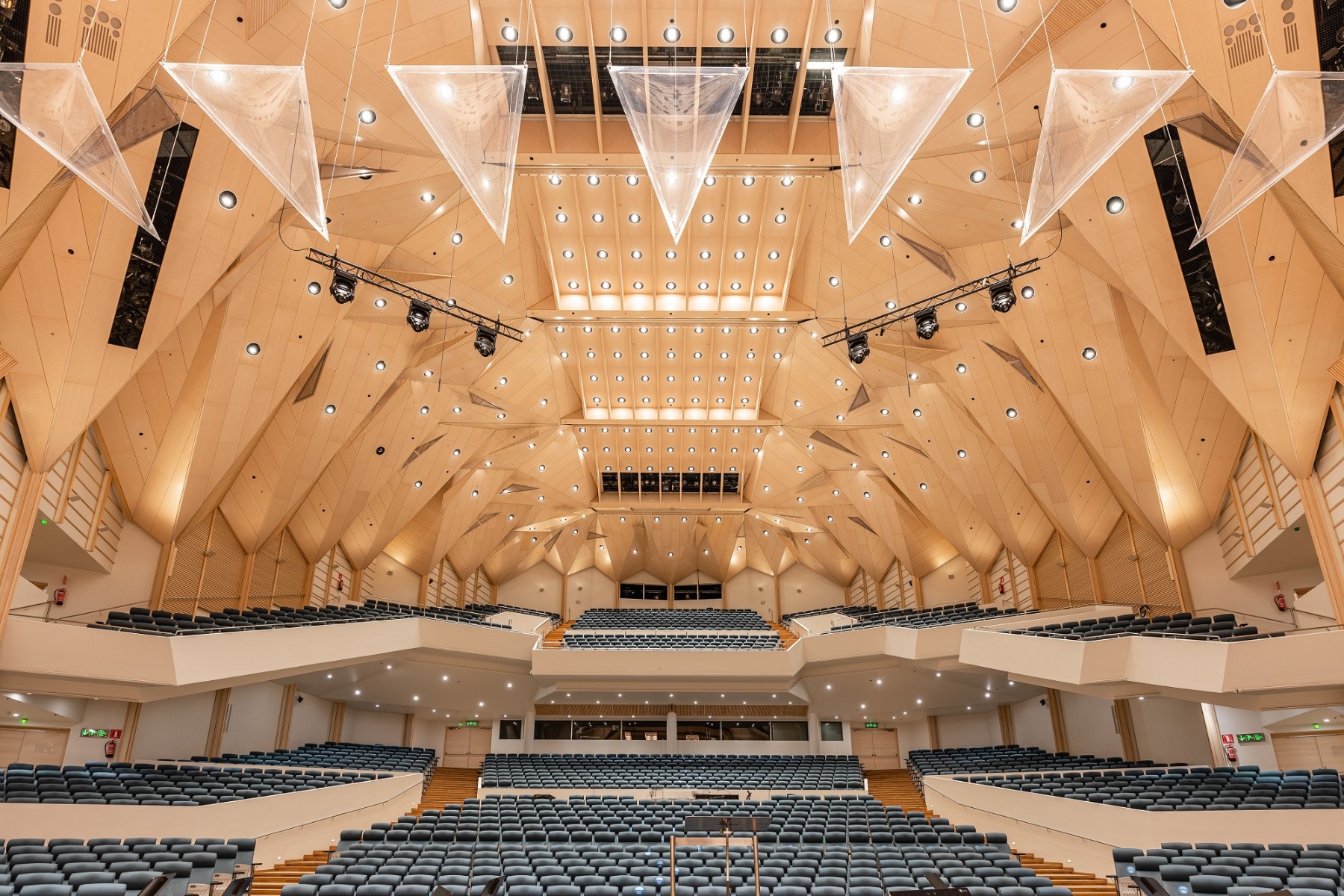 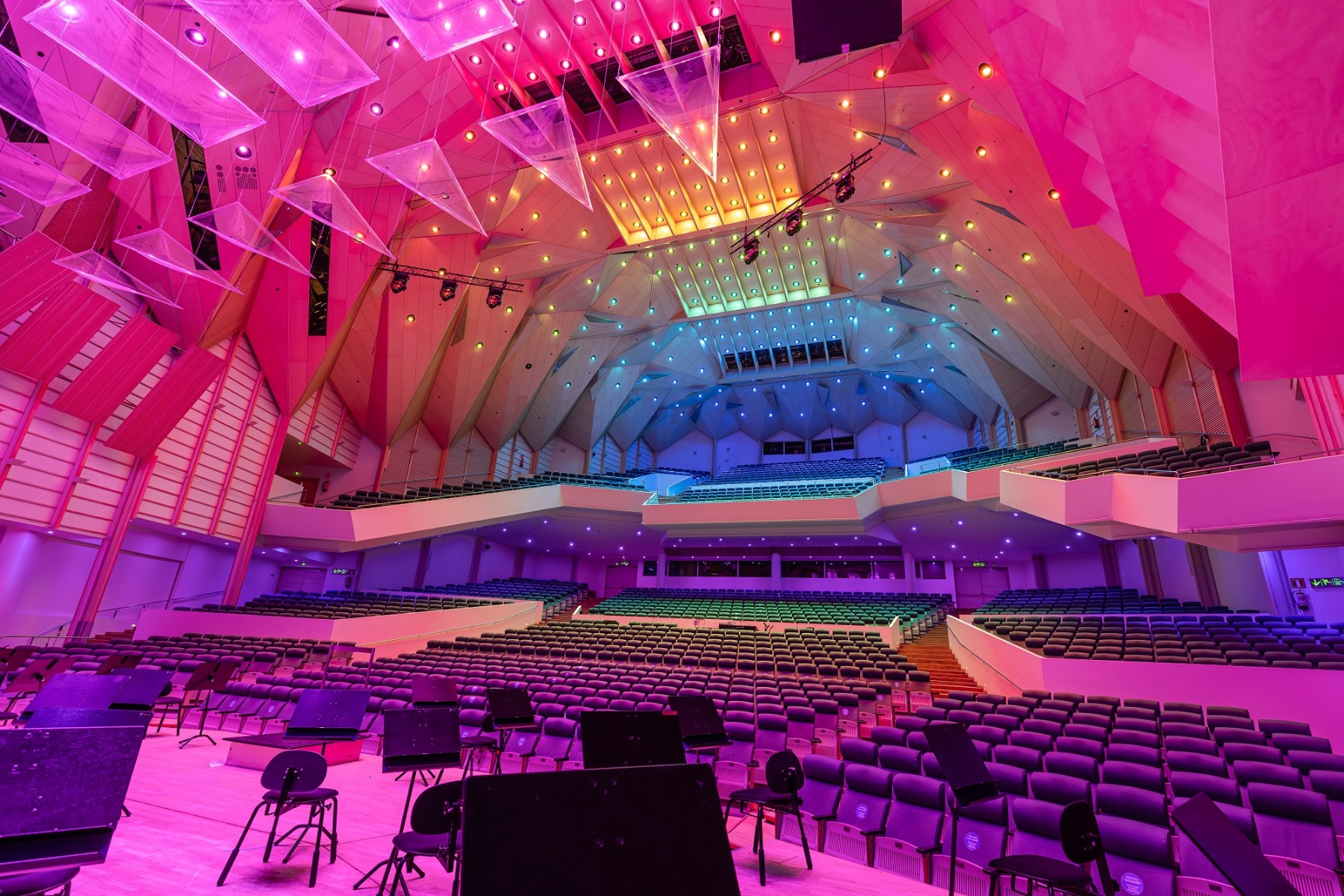 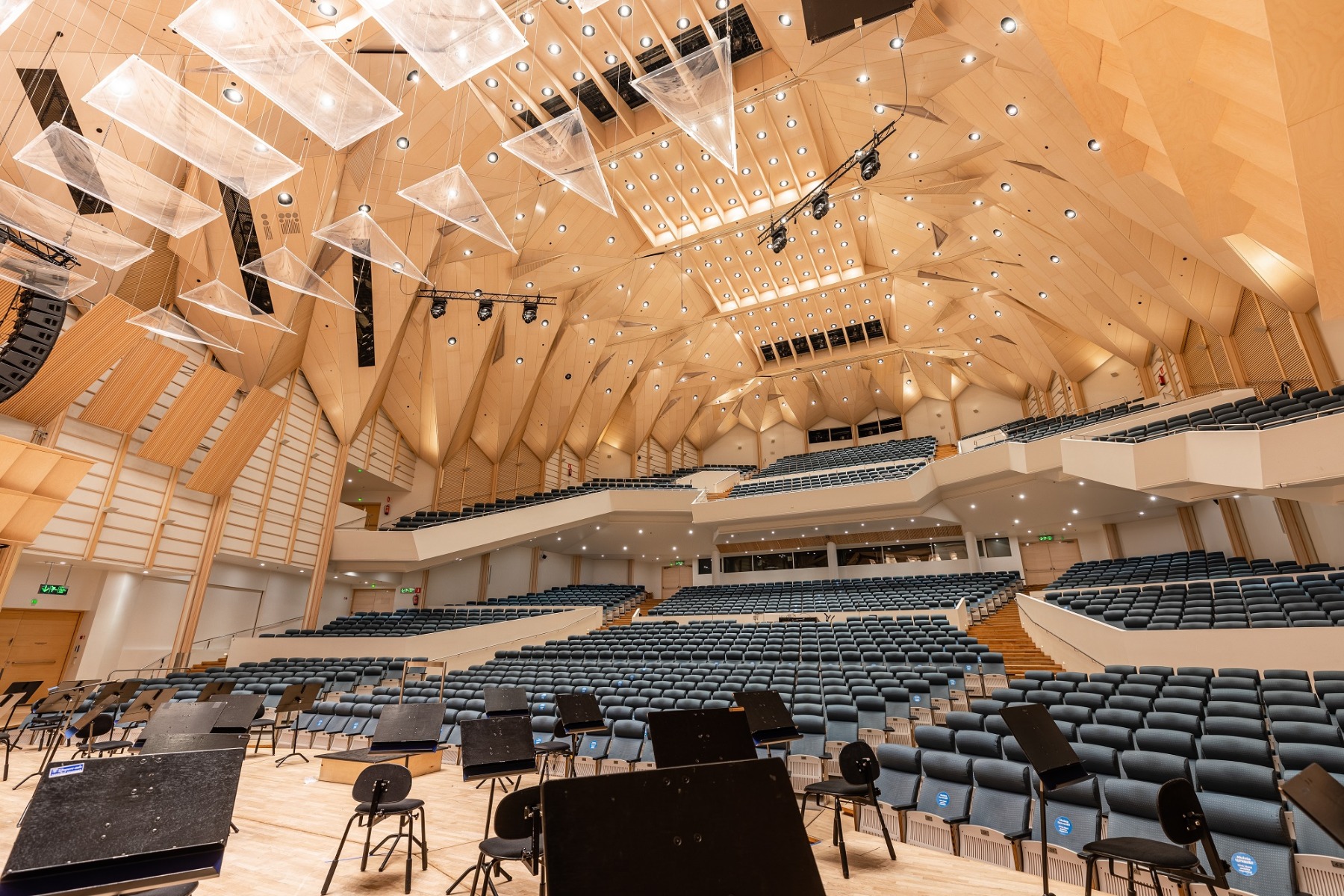 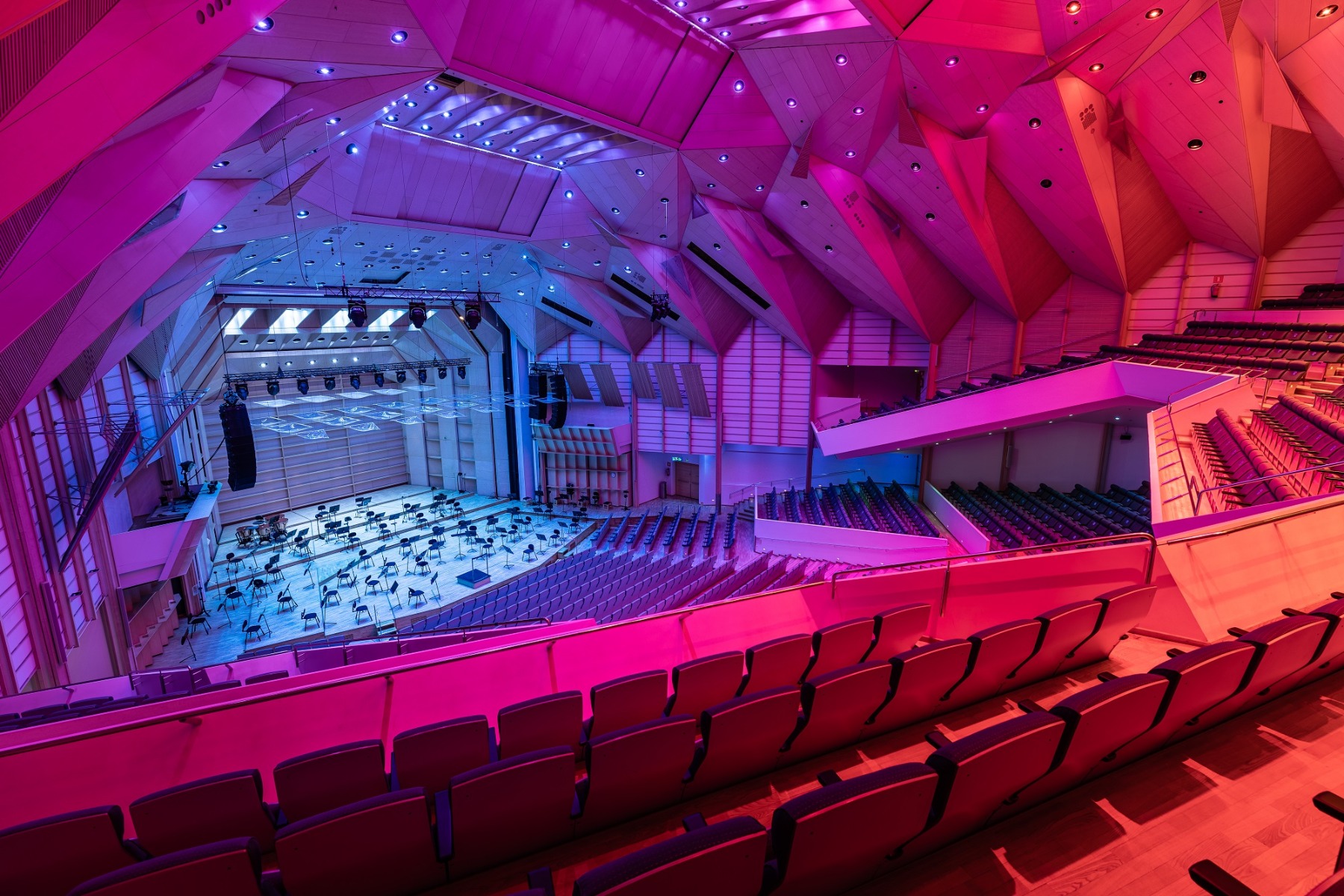